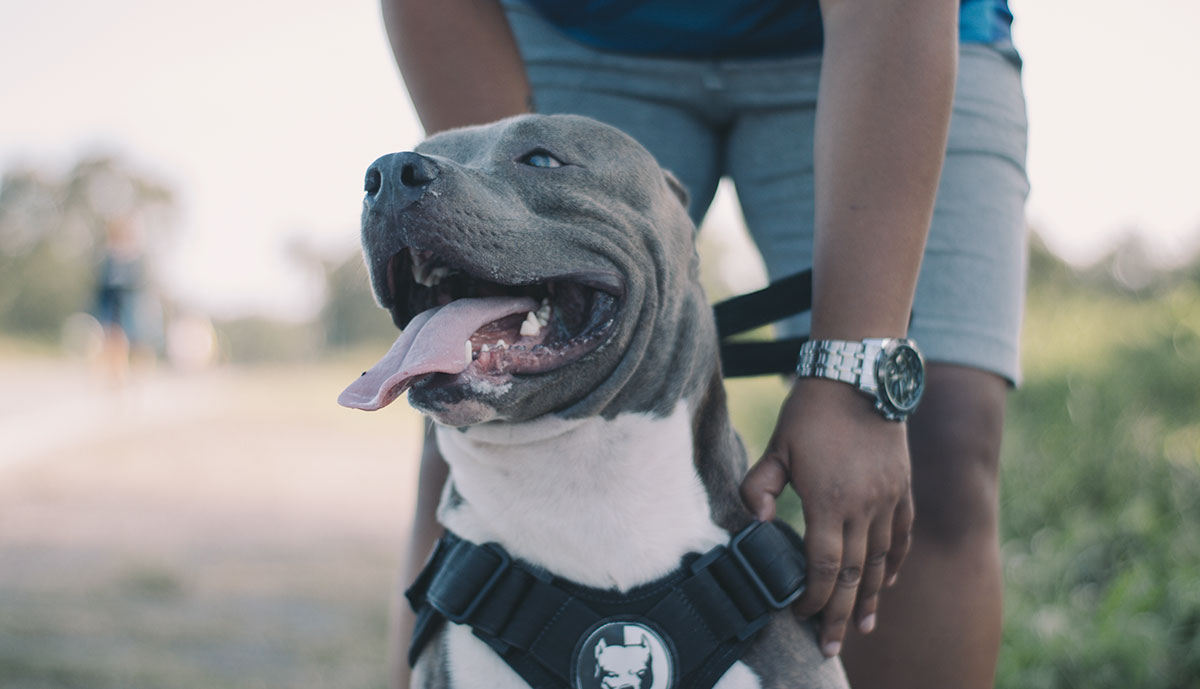 Pit bulls are an incredibly popular breed, and there is a lot of misinformation about the breed. From the fact that they are naturally aggressive to whether or not they feel pain, let’s dig into some of the common myths about pit bulls.

Like any other dog breed, pit bulls are not born aggressive. They typically become that way through a lack of training, socialization, and affection. Dogs can have their temperament tested through a series of challenges, and a major organization is the American Temperament Test Society. These tests put dogs through different situations, such as exposing them to strangers.
That "bad" or "vicious" pit bull, as people are wont to consider them without actually being aware of the breed? They tend to have a pass rate of 82 percent or higher. The general population’s average score is only 77 percent.

Interestingly, pets that show unprovoked aggression or panic in different situations are automatically failed, and the pit bull has showcased its impressive temperament through tests such as these.

2. Pit Bulls Will Turn On You

Pit bulls tend to be a very reliable breed for many people to own. As evidenced by their temperament tests, they are a family-friendly dog that loves to be around people, and they don’t tend to fail assessments of their personalities.

One study evaluated factors associated with dog bite fatalities. The overwhelming majority — almost 85 percent — of dogs that fatally attacked someone were caused by unneutered dogs, regardless of the breed. Factors in raising the dogs that were associated with a higher proportion of dog bites were neglect, lack of positive interactions with people, and tethering the dogs outside for prolonged periods of time.

A myth that prevails about pit bulls is that they have locking jaws. Many people claim that if you have a pit bull, you need to keep a bar handy that you can use to break the dog’s locked jaws. There is absolutely no evidence to support that this is necessary.

The shape and conformation of a pit bull’s jaw is exactly the same as any another dog’s jaw. While they may have a little more highly developed muscle in their jaws, and their jaw is wider than many breeds like Golden Retrievers, they do not have a jaw that locks.

4. Pit Bulls Have the Bite Strength of a Crocodile

While there are many anecdotal stories about the biting strength of a pit bull, there is little evidence supporting the biting force of dogs. The main reason for this is that it’s incredibly difficult to simulate the conditions under which a dog would be exhibiting maximal force when biting, such as during a dog attack. There are also differences such as the differences in the size of the dog and their jaws, the condition of their teeth, and how familiar they are with the person or animal they are biting, and past training history, as a dog with bite training is usually going to bite harder than other dogs.

For some reason, certain large dog breeds got the reputation over the years that their brains swell, triggering them to go crazy, often resulting in them attacking people. Dog breeds that this has been said about include Doberman pinschers and pit bulls.

There is no link in the canine mind between aggression towards dogs and aggression towards people. In most cases unless they haven’t been properly socialized, these dogs are great with people. They have been bred as a large dog capable of taking other dogs down, so it’s important to socialize your dog properly with other dogs if you want them to get along with dogs and other people. With small pets in particular, it’s important to expose your dog well to them, as little animals — especially if they run — can trigger your dog’s predatory drive. (And that’s true of any dog.)

This misnomer is just plain ridiculous. How can a dog not feel pain? While these dogs have been bred to have a higher pain tolerance than some other dogs, they certainly feel pain. It’s often that pain when they are mistreated that makes them turn on an abuser.

Well, pit bulls can certainly make good guard dogs, but they aren’t necessarily naturally good guard dogs. They typically need to be trained to be good guard dogs. In many cases, your good house guarding pit bull may be more likely to lick an intruder to death than they are to bite them. Most pit bulls and pit bull mixes are super family oriented and love people. Unless they are trained to be defensive, if they are well socialized, they are not necessarily going to guard the house. They may be extra protective of their people, but that’s not something you can always count on. If you only want a good guard dog without putting the time into training one, this might not be the right dog breed for you.

9. Pit Bulls Attack People More Than Any Other Breed

Unfortunately pit bulls and pit bull mixes have been associated with more attacks than any other dog breed, although other commonly implicated breeds include the Rottweiler and the German shepherd. Indeed, 66 percent of total dog bite fatalities over a 13 year period within the United States have been reported as being caused by pit bulls. That’s not to say that other dog breeds can’t be mistaken for pit bulls. Some may certainly be other dogs that were thought of to be pit bulls. Pit bulls shouldn’t get a bad rap though: many of these dogs were poorly socialized or untrained.

Once again, temperament tests have shown that pit bulls traditionally perform better than other dogs.

There are many myths about pit bulls, and some of them are downright silly when you sit down and think about them. While you can find really tough and potentially dangerous pit bulls — usually due to a lack of training, most of them are simply misunderstood critters that will make you the best friend you could ever ask for.

Is It Cruel To Crop Your Pitbull's Ear?How to Stop A Pitbull Puppy From Biting19 People Describe The Best Thing About Owning A Pitbull