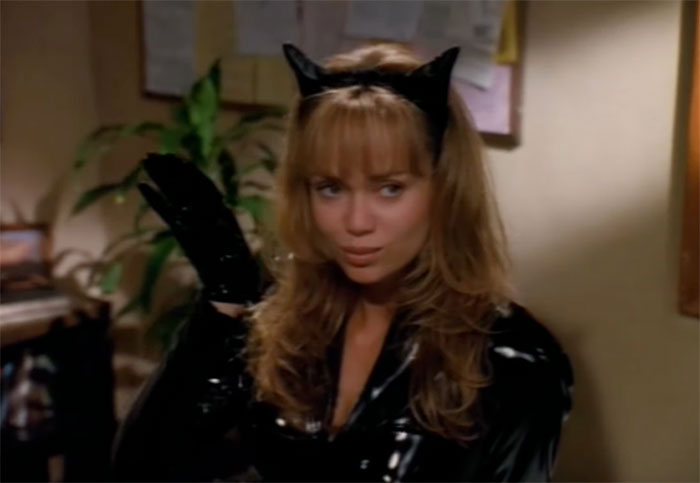 Vanessa Angel was born the daughter of Elizabeth and Peter Angel. Peter Angel was a stockbroker. She was discovered as a model at the age of 14 by world-renowned agent Eileen Ford. Soon after being found, Vanessa Angel would begin traveling the world as a model at 16 years old. She would move to New York City under her contract with Ford Models. She would soon appear on the covers of Vogue and Cosmopolitan. She would also be contracted the Diet Pepsi girl. 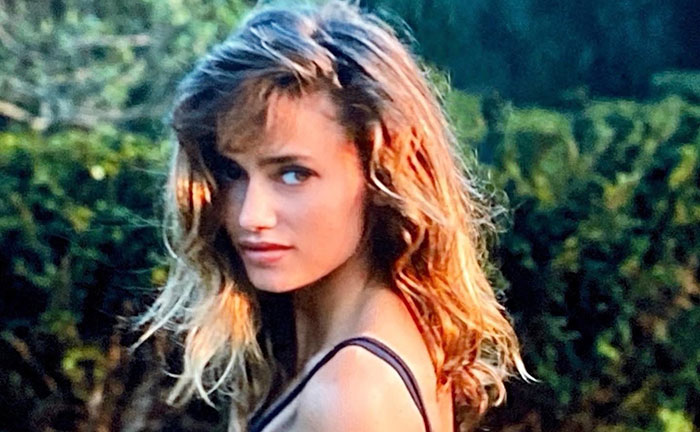 Vanessa Angel would transition from modeling to acting in 1985 when she was cast in the 1985 comedy Spies Like Us. The film, directed by John Landis, starred Chevy Chase and Dan Aykroyd as intelligence agents. Vanessa Angel would play a soldier in the Soviet Strategic Missile Forces.

Vanessa menions on a podcast that she got the role after John Landis saw her modeling photos.

John Landis had seen some photos of me and he asked me to come in to meet him for Spies Like Us. I just met him and he thought that I had the right look for the Russian girl and I didn’t hear right away, but then I met him a couple of months later and then and I got the part.

She would also appear in the accompanying Paul McCartney video. 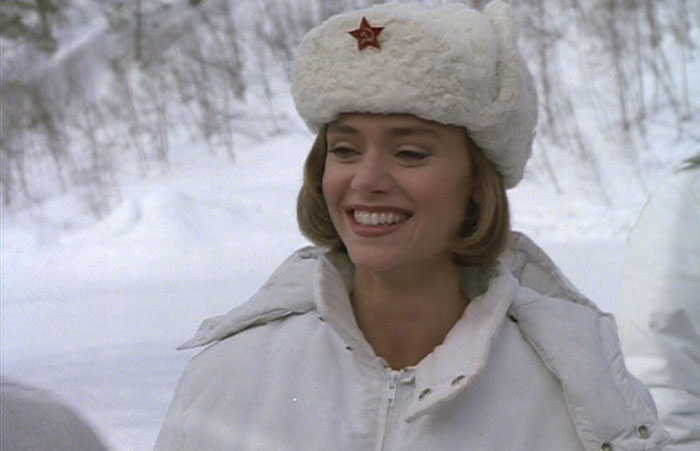 Vanessa Angel’s next significant role would be in the 1990 film King of New York. This noir thriller starred Christopher Walken, David Caruso, and Laurence Fishburn. At this time, she would continue appearing in films and make her television debut. 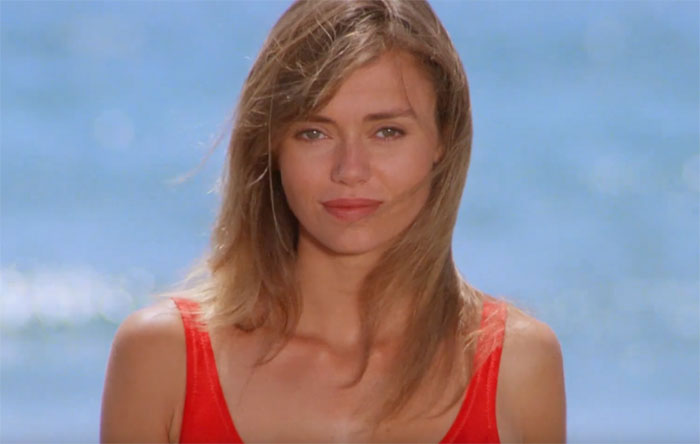 Vanessa Angel is best known to fans for a few film and television roles. She took a lead role in the  1996 bowling comedy Kingpin, directed by the Farrelly Brothers. Angel would play opposite Woody Harrelson, Randy Quaid, and Bill Murray. She would continue to appear in films throughout her career, but Kingpin would be her most considerable leading role in a movie.

It was a long process actually…. I was on that show Weird Science and I think Peter Farrelly had spotted me on that show and so my agent sent me the script and I read it and I’d loved Dumb and Dumber so I was excited to meet them and so I went in several times and it ended up having a reading with Woody Harrelson. After about the fourth time in and I was kind of the dark horse. I think that there was a couple of other actresses that they had in mind, but then the more I sort of went in, I think the more they saw me as their Claudia and so that had this one final kind of screen test with Woody and and then Woody had to approve me and and I got offered the part. 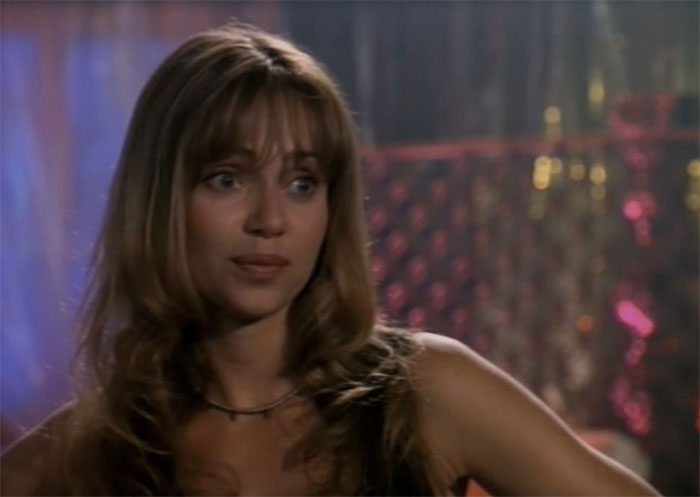 However, she had far more success in television. Following a well-received role in Melrose Place in 1993, she would become a series lead on the television series Weird Science, based on the John Hughes comedy film.

Vanessa Angel would take on the role of the computer-generated Lisa; the role played by Kelly LeBrock in the 1985 movie. Weird Science aired for five seasons and 88 episodes and ran from March 5, 1994 – July 25, 1998

Coincidentally, Vanessa tried out for the role of Lisa in the 1985 movie 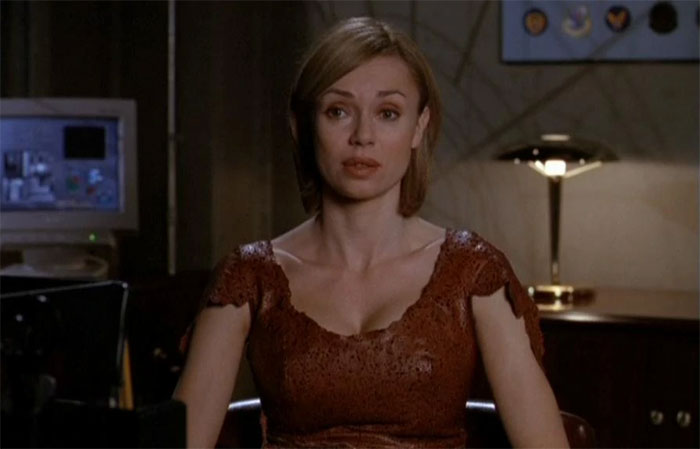 She could continue to make television appearances, including in the popular Stargate SG-1, across several key episodes. She would play the characters of Anise and Freya in the episodes “Upgrades,” “Crossroads,” and “Divide and Conquer.”

Vanessa Angel had been cast as Xena, the warrior princess, for an episode of Hercules: The Legendary Journeys. Due to an illness, however, she could not take the role and travel to the set. The part would eventually go to Lucy Lawless, which would expand as a Xena series went into production. 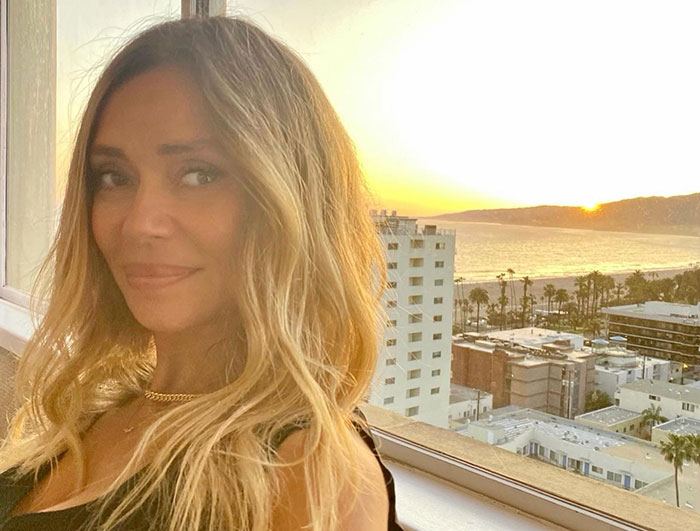 Vanessa Angel continues to act today and seems busier than ever. Some of her more notable work in the 2000s would include a role in the HBO series Entourage as herself, as well as an appearance in the drama Californication with David Duchovny. Since 2019 she has been in two television series and five films. As of 2022, she currently has five projects coming together at various stages.

When it comes to aging in Hollywood, Vanessa discussed her thoughts and offered some advice for women in Hollywood who are getting older.

I think it’s very important to grow old gracefully. There’s such a pressure to look younger longer. They say that there’s a shortage of actresses who are in their late 40s and 50s. Everybody sort of ends up looking the same age, because they get Botox and they do surgeries and there’s a reason why Judi Dench and Helen Mirren and Meryl Streep and actresses like that are so revered and so compelling, because they look really real, but they’re so beautiful at the same time.

I think that there’s a real pressure for women in this business to to try and stay as young looking as possible.

I’ve always just believed in in eating well and exercising and a good night sleep and you know, obviously take care of my skin and have a skin routine and stuff like that, but I also think it’s definitely how you feel on the inside reflects on the outside.

Vanessa Angel was married for a time to Rick Otto. Rick Otto is an actor who was born on August 10, 1973, in Baltimore, Maryland. He is best known for roles in The Wire and Bosch.

Vanessa Angel and Rick Otto were introduced to one another by Vanessa Angel’s co-star ee Tergesen during the production of Weird Science in 1994. 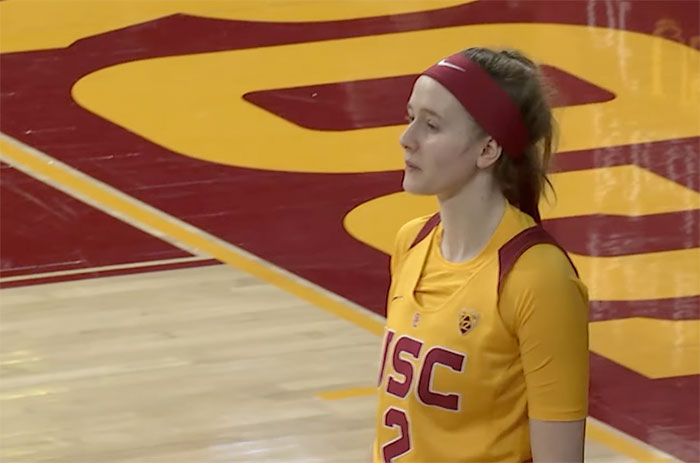 Vanessa Angel and Rick Otto had one daughter. India Otto was born on March 10, 2001. She is a college basketball player who is 5’ 9” and currently plays for the USC Trojans Women’s team.

Is Vanessa Angel on social media?