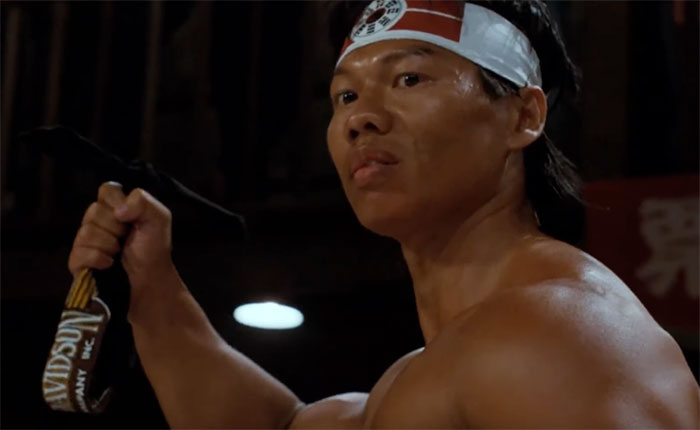 Bolo Yeung had an interesting path to cinematic fame. While many performers attempt to hone their skills on camera, Yeung was infatuated with building up his body. Through the hard work he put into his brolic physique, he was discovered and repurposed as an action star.

Bolo Yeung was born “Yang Sze” on July 3, 1946 in Guangzhou, Guangdong, China. It wasn’t long after his birth that he jumped into several athletic disciplines that he would be associated with for the majority of his life. 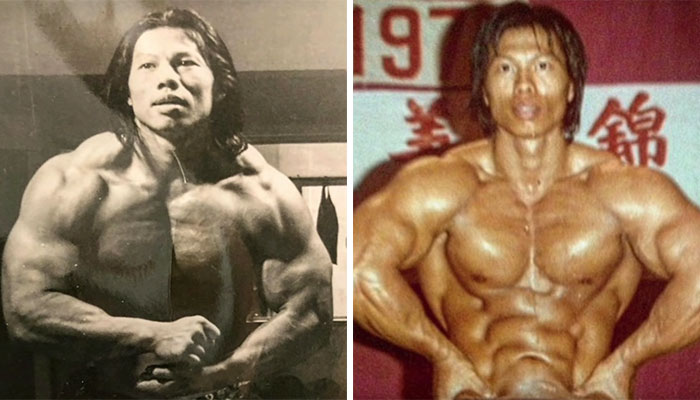 Yeung would seem to have had a lot of energy as a youngster due to his exposure to many types of martial arts. He was a dedicated student of Kung Fu in his early teenage years, and was also introduced to Tai Chi, which would help him stay nimble in his later years.

Despite his proficiency in martial arts, Yeung would be renowned for his powerful physique. It would not be an exaggeration to say that he had muscles on top of muscles, and got into powerlifting relatively early in life.

One of his role models was Chen Jingkai, who was a record setting weightlifter. In 1994, Yeung was quoted as saying that he trained six days a week, and woke up at 7AM in order to maintain his buff stature.

Perhaps not surprisingly, Yeung’s training knowledge was highly sought after as his profile continued to grow in China and Hong Kong.

He spent a lot of the 1960’s earning a living as a personal trainer, and won many awards for his lifting accomplishments. Yeung won his first major competition at age 23, and would go on to win Mr. Hong Kong throughout the 1970’s.

As Yeung was racking up honors as a bodybuilder, his frame was also being noticed by the cinematic community.

He got one of his first breaks in the late sixties, as the Shaw brothers consumed media coverage of one of his bodybuilding events.

They had visions of him filling a plethora of combat related roles in their films, and he would go on to appear in 18 films produced by the brothers from 1970-1983.

Yang Sze, as he was still known, got his big break in due to a rejection by an even bigger martial artist and movie star.

Bruce Lee turned down an appearance in a Winston Cigar commercial, but was still interested in helping the project find someone who was perfect for the role.

He helped the young Sze land the role in the commercial, and a longstanding friendship was born. 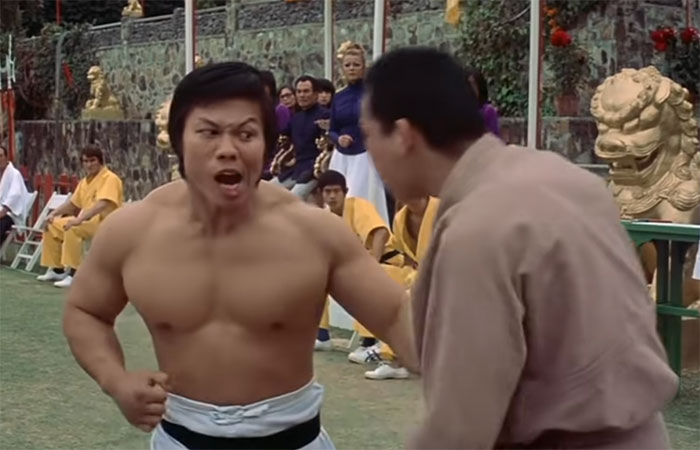 Because the two men were so heavily invested in their physical (and for Lee, spiritual) well-being, they formed a close friendship, and often trained together.

As the cast for the 1973 hit film Enter the Dragon started to take shape, Lee saw a role for his new friend in the movie.

The main antagonist of the film was a man named Han, who was believed to be running a drug trade operation. Yang Sze would end up playing one of his main bodyguards.

He would officially go by Bolo Yeung after the release of Enter the Dragon, and his newfound fame continued to land him roles.

Even though many actors prefer not to be typecast in a specific role, Yeung really embraced his parts as a villain, ultimate fighter and henchman.

In the late 1980’s he would form another unbreakable bond with a second infamous tough guy, Jean-Claude Van Damme.

The two men have remained friends over the years, highlighted by a publicized dinner they both attended back in 2011.

Yeung truly was a huge part of Bloodsport, released in 1988. He played Chong Li, the main rival to Van Damme’s character Frank Dux.

The two had a couple of iconic fight scenes, where Lux gets the better of Li at the end. 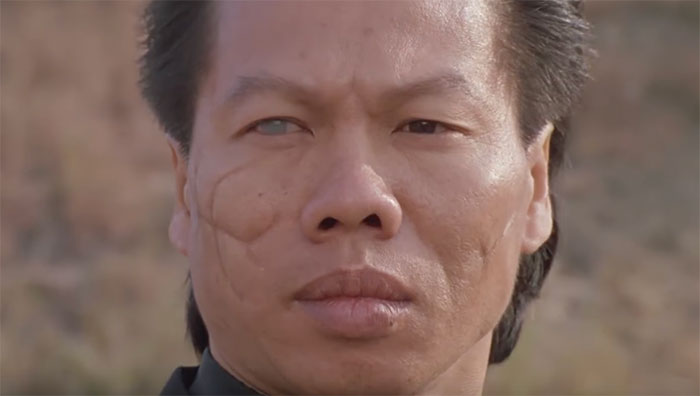 The titanic pairing would go at it one more time in Double Impact, released in 1991. Yeung played a henchman named Moon who worked for an old Hong Kong Crime boss that killed Van Damme’s character’s father. 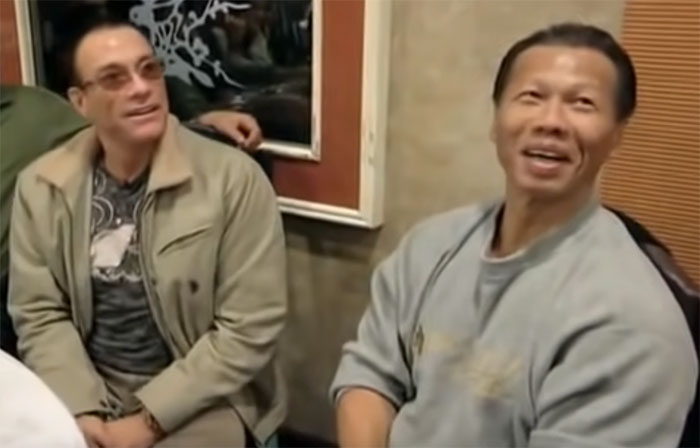 As he has gotten older, Yeung has only appeared in films sporadically. According to IMDB, he is involved in a project called AFEREZ that is currently in pre-production. He last appeared in a 2015 movie called Diamond Cartel as the character ‘Bula’.

Aside from film, he’s the chairman of the Hong Kong Gym Business Association and the team manager of the Taipei International Bodybuilders Squad. 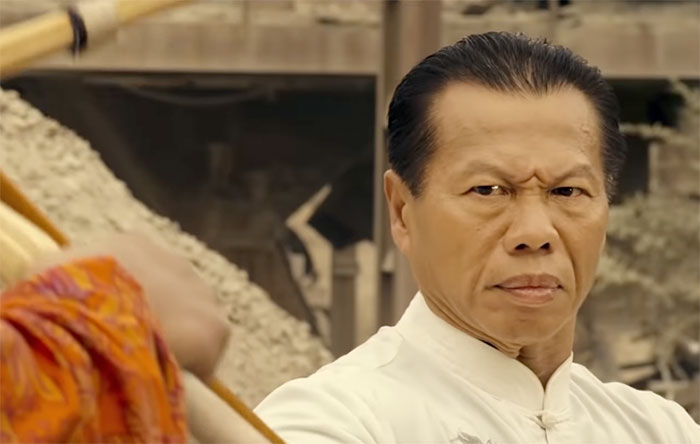 By all accounts, it appears as if Bolo Yeung is married, although the identity of his wife is not disclosed to the public. Although Bolo’s son David, has posted pictures of his mom on social media in the past. 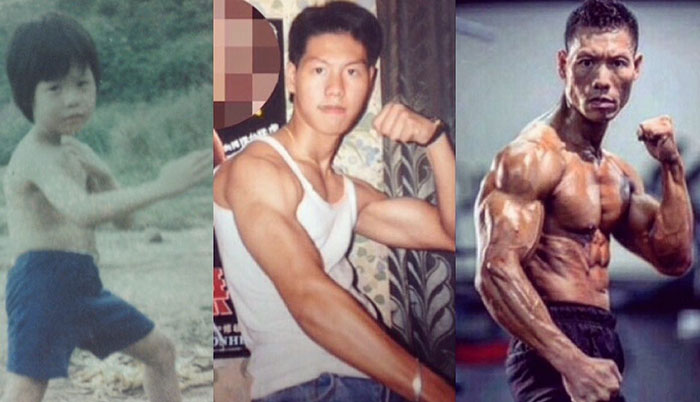 He does have three children, sons Danny and David, and daughter Debbra. It appears as if the apples have not fallen too far from the tree.

David and Debbra have strong social media presences, and are both established bodybuilders just like their father was.