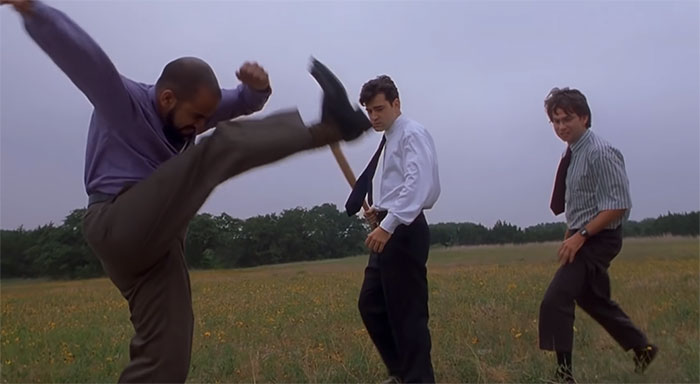 Office Space hit theaters in 1999, and while critics labeled it a flop, it became a cult classic and is still quoted by fans today, despite being released over 20 years ago. Despite the cult following, box office sales brought in a dismal $12 million with a budget of $10 million.

The appeal of Office Space grew through word of mouth, DVD sales, and rentals. Audiences began to bond with the cast members and relate to their troubles. 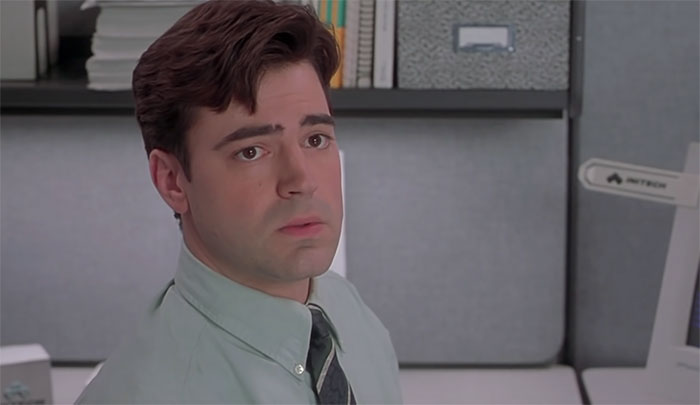 Ron Livingston was born in Cedar Rapids, Iowa, on June 5, 1967. The actor first appeared in Dolly Parton’s film, Straight Talk in 1992, and he eventually landed a role in Swingers before starring in Office Space. After his success in Office Space, he starred in Band of Brothers, Adaption, The Cooler, and A Million Little Things.

Livingston also appeared in the hit HBO series Sex and the City for eight episodes, playing the love interest of Sarah Jessica Parker’s character. More recently, he lent his voice to the film Tender Bar and will appear in the upcoming movie The Flash. 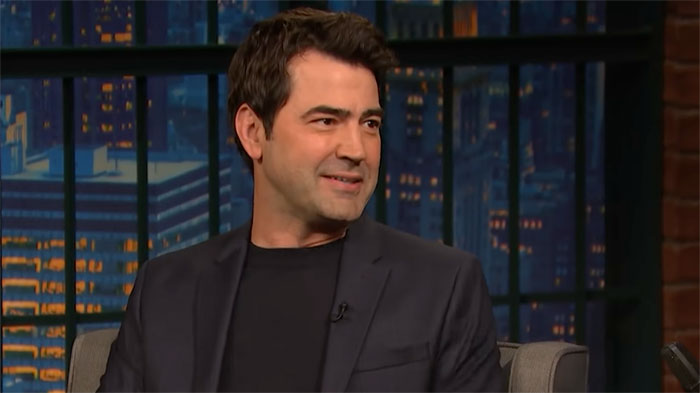 Livingston married his wife, Rosemarie DeWitt, in 2009, and the couple has two daughters. The actor does not appear to have any public social media accounts and mostly stays out of the spotlight. 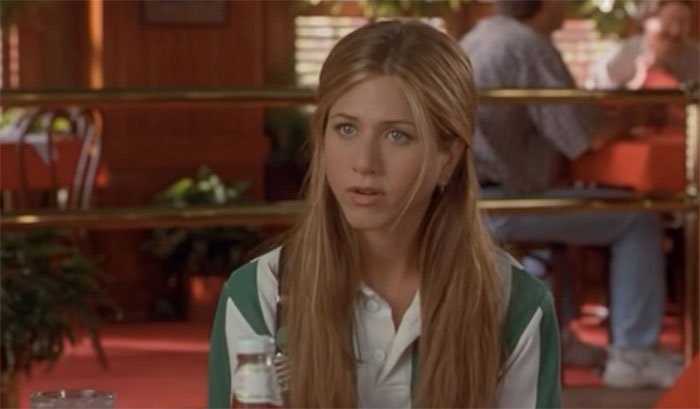 Jennifer Aniston likely needs no introduction, but before her role in Office Space, she didn’t have the fame she has now. The actress is the daughter of actor John Aniston and actress Nancy Dow and grew up in Sherman Oaks, CA, but her family moved to New York when she was a young child. She pursued acting at 11 and enrolled in a performing arts school.

Aniston first appeared in off-Broadway shows before landing a role on the television series Molloy. A few years before starring in Office Space, the actress landed the part that would be life-changing as Rachel on the hit sitcom Friends. Post-Friends, Aniston starred in many movies like Rumor Has It, The Break-Up, Marley & Me, The Switch, and Horrible Bosses. 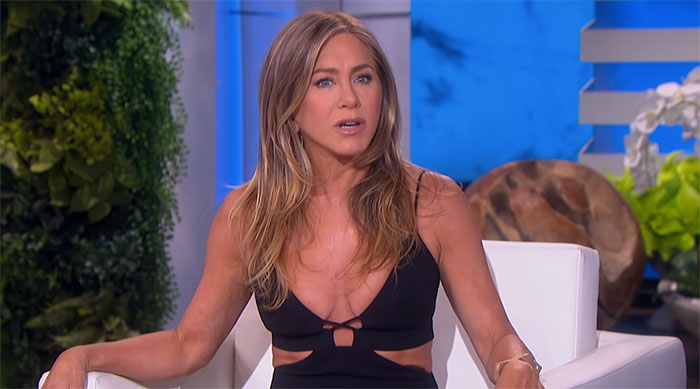 More recently, Aniston has starred with Reese Witherspoon in the Apple TV hit series, The Morning Show. Aniston famously was married to Brad Pitt from 1998-2005 and to actor Justin Theroux from 2011-2017; and stays active on her Instagram and regularly posts for her 40+ million followers. 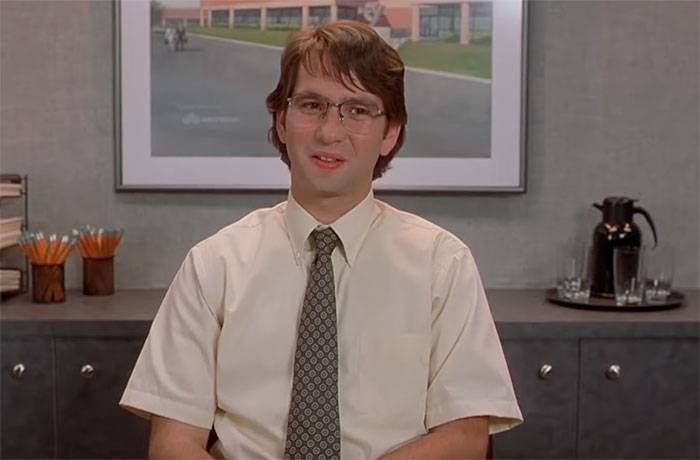 David Herman is a native New Yorker and was born on February 20, 1967. The actor attended a music and performing arts high school before joining the acting program at SUNY Purchase. Before starring in Office Space, Herman was a regular on MADtv from 1995-1997 and had roles in Born on the Fourth of July and Let It Be Me. 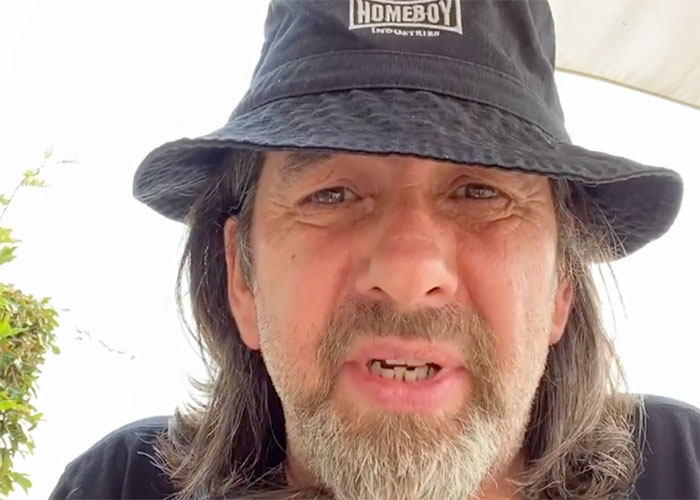 Post-Office Space, Herman had roles in hits like Dude, Where’s My Car?, Fun With Dick and Jane, Kicking and Screaming, Bee Movie, and a series of Futurama direct-to-video movies. Today, Herman lends his voice to the television shows Central Park and The Great North. Herman posts photos of his daily adventures on Instagram and is available on Cameo. 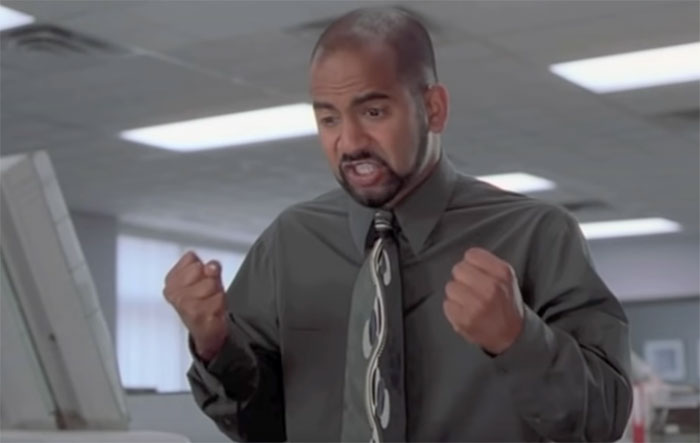 Ajay Naidu was born in Evanston, IL, on February 12, 1972, to parents who came from India nearly eight years before his birth. The actor trained professionally in acting at Harvard University and first appeared in the film Touch and Go alongside Michael Keaton. Immediately before starring in Office Space, Naidu won an Independent Spirit Award for Best Supporting Male for his performance in SubUrbia. 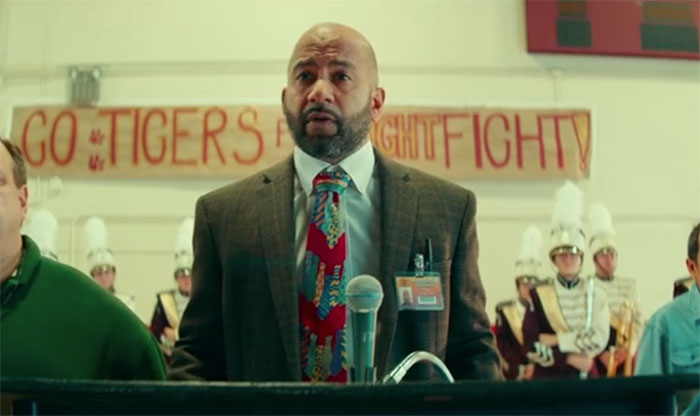 After appearing in Office Space, Naidu landed roles in Hannibal, The Guru, Scary Movie 3, Bad Santa, and The Honeymooners. In 2022, the actor played Dr. Robert Hind in The Good Nurse. Today, he is married to actress Heather Burns, and together they have a son, Jaan Burns. 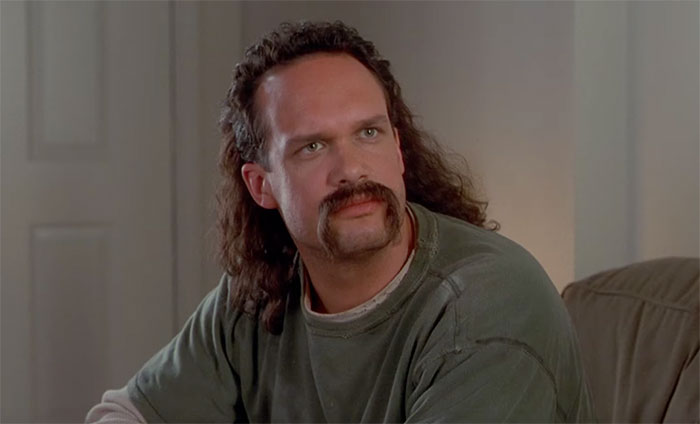 Karl Diedrich Bader was born on December 24, 1966, and is best known for his work on The Drew Carey Show, Veep, The Beverly Hillbillies, and Napoleon Dynamite. The Virginia-born actor attended the University of North Carolina School of the Arts before appearing in roles on shows like The Fresh Prince of Bel-Air, Quantum Leap, and Cheers. 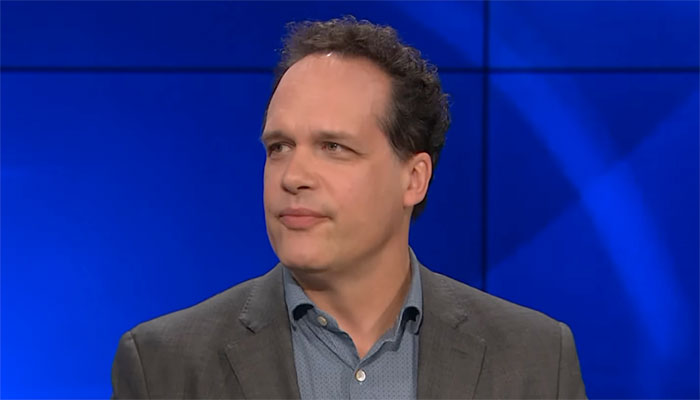 The actor has also lent his voice to popular animated shows and films like The Simpsons, Ice Age, and South Park. Most recently, Bader appeared in the television series American Housewife from 2016-2021 and has been married to actress Dulcy Rogers since 1997; the couple has two children. 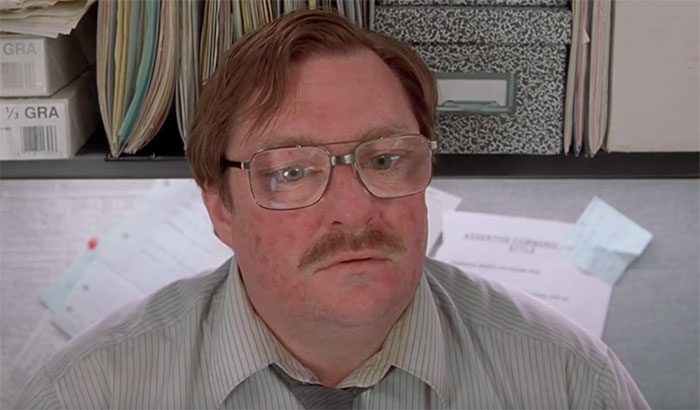 Before Stephen Root played Milton Waddams in Office Space, he was known for his recurring role on King of the Hill. In addition, he has also starred in O Brother, Where Art Thou?, Dodgeball, Get Out, Boardwalk Empire, True Blood, and Perry Mason. The actor received a nomination for a Primetime Emmy for his performance in the HBO series Barry. 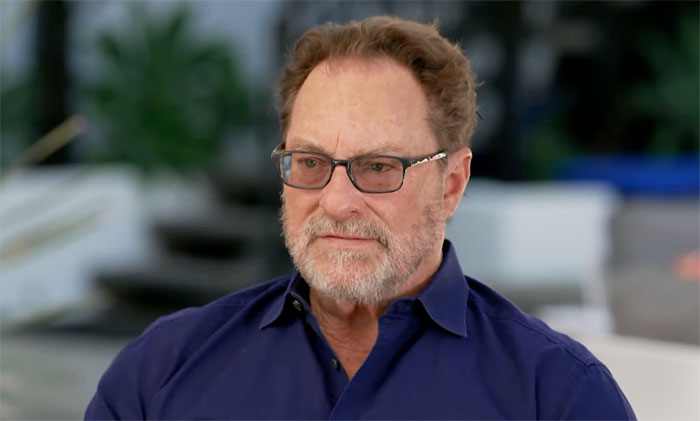 He began his career on stage in 1986 and has continuously added to his resume. His first film debut was in Crocodile Dundee II, and he then landed a role in the horror flick Monkey Shines. Root has been married to actress Romy Rosemont since 2008 and previously to Laura Joan Hase, with whom he has a child. 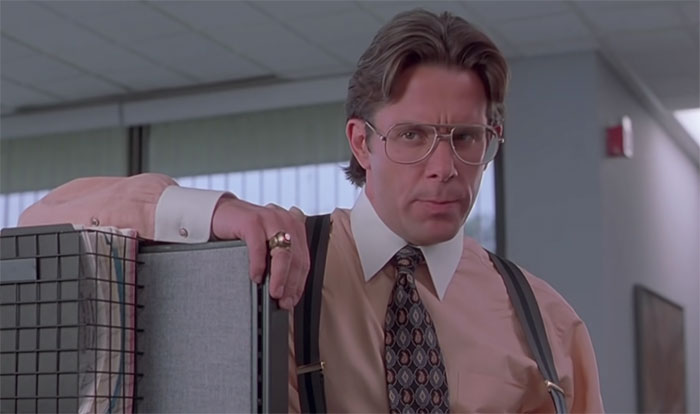 Gary Cole started acting in the theater in 1985 and starred in television hits like Midnight Caller, The West Wing, The Good Wife, Veep, Chicago Fire, and Mixed-ish. After starring as the memorable Bill Lumbergh in Office Space, Cole had a recurring role on the television series Suits and landed a spot on the hit show Veep. 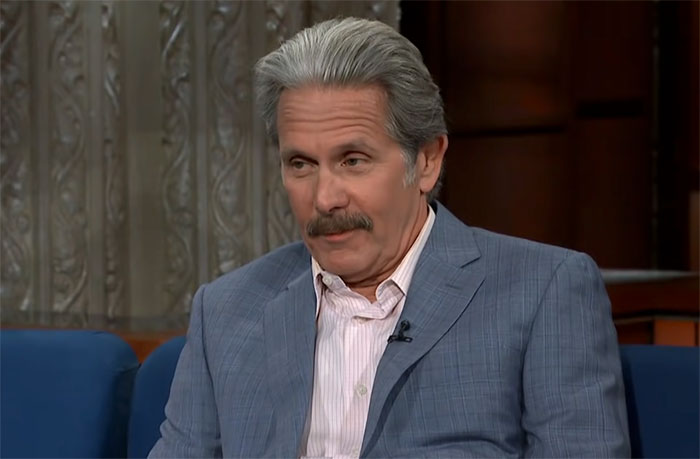 Cole lends his voice to the hit animated series Bob’s Burgers and Family Guy and, in 2014, was nominated for a Primetime Emmy for his performance on Veep. Cole married actress Teddi Siddal in 1992; Siddal passed away in 2018, a year after she filed for divorce from Cole. The couple had one daughter, Mary; Cole remarried in 2021 to interior designer Michelle Knapp. 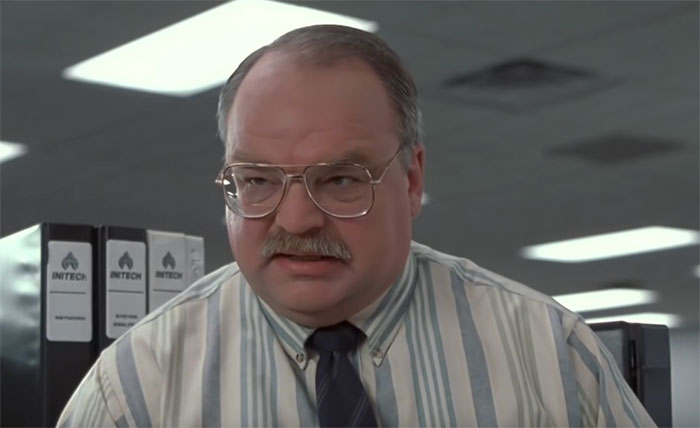 Richard Riehle began his career in theater and had his first role in the John Wayne film Rooster Cogburn. The Notre Dame graduate has plenty of television credits, including Roseanne, Ally McBeal, Buffy the Vampire Slayer, Sabrina the Teenage Witch, and The West Wing. 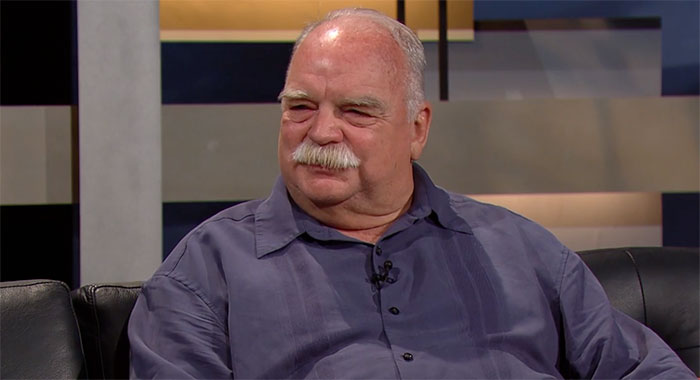 After appearing in Office Space, the actor starred in the television series Grounded For Life from 2001-2005. The actor has recently appeared in guest roles on Fuller House and Destination Mafia and has been married to his wife, Jane Lathan, since 1970. 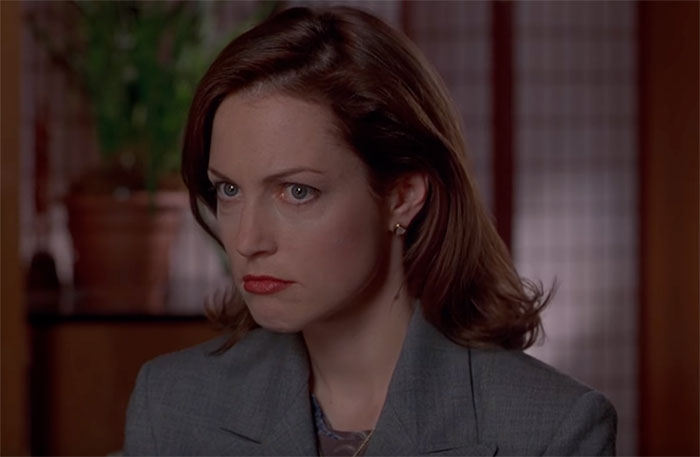 Alexandra “Ali” Wentworth was born in Washington, DC, and is the child of a Washington Post reporter and White House Social Secretary. The comedian started as a cast member of In Living Color and made correspondent appearances on The Oprah Winfrey Show and The Tonight Show With Jay Leno. 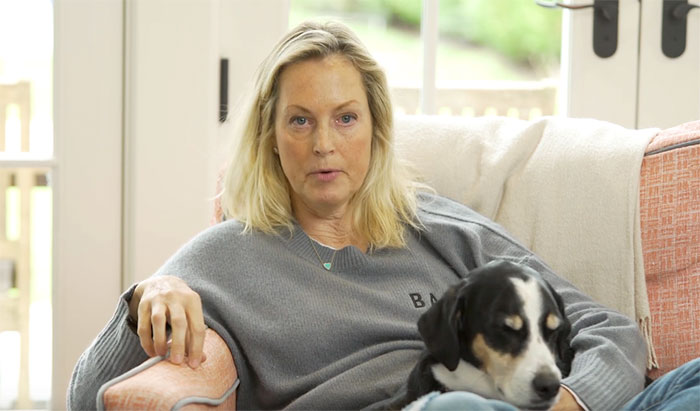 After appearing as Anne in Office Space, Wentworth had a recurring role on the teen drama Felicity, followed by a syndicated talk show, Living It Up! With Ali & Jack. In 2022, the comedian published Ali’s Well That Ends Well in response to the pandemic. Wentworth has been married to ABC News Correspondent George Stephanopoulos since 2001 and is very active on her Instagram, where she entertains over 300K followers.