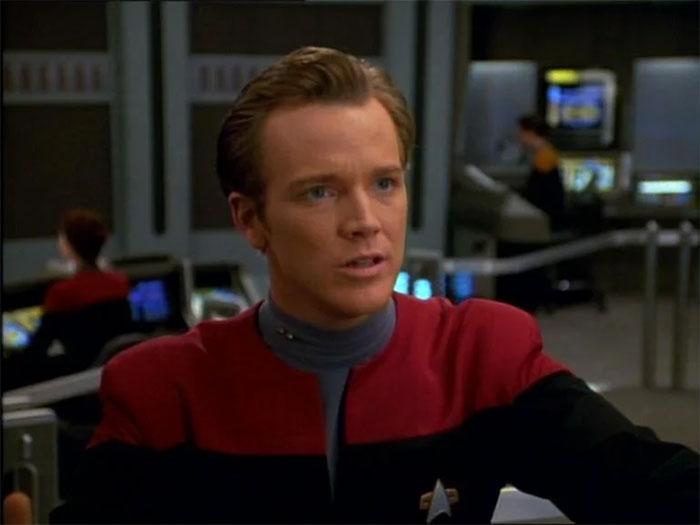 Star Trek: Voyager fans will recognize Robert Duncan McNeill as Lieutenant Tom Paris, who was on the hit television show between 1995 and 2001. While this may have been McNeill’s most famous role, he has had a lengthy career in Hollywood spanning back to the 1980s. Continue reading to find out what Robert Duncan McNeill is up to nowadays.

Robert Duncan McNeill is a famous American actor most known for his role as Lieutenant Tom Paris on the 1990s show Star Trek: Voyager.

He was born on November 9, 1964, in North Carolina, however, he moved around throughout his life. Shortly after he was born, his family moved to Washington D.C. and later settled down in Atlanta, Georgia where he attended high school. Upon graduation, he moved to New York City and was accepted at The Juilliard School, where he pursued a career in acting.

It was while McNeill was enrolled at The Juilliard School that he encountered his first “break,” landing the role of Charlie Brent on the soap opera, All My Children.

Acting had always been a passion for McNeill, who at the age of 12, performed in his town’s local production of The Wizard of Oz. During his early years, McNeill spent a lot of time in local plays and even landed a few roles on PBS. He later landed an uncredited role in the 1981 film Sharky’s Machine, which was filmed in Atlanta where McNeill resided.

Before landing the role of Lieutenant Tom Paris on Star Trek: Voyager, McNeill landed guest starring roles on popular shows such as the Twilight Zone, L.A. Law, Murder, She Wrote, and Lucky Chances. 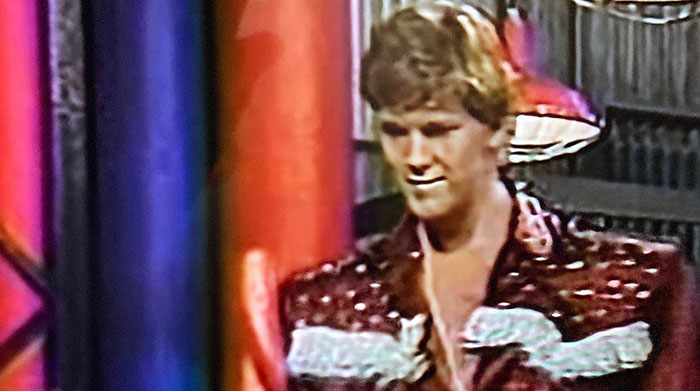 From 1985 to 1988, McNeill played the role of Charlie Brent in All My Children, who was the love interest of Julia Chandler. In 1988, at the tail end of his role, he was nominated for a Daytime Emmy award for his work on the series.

Masters of the Universe 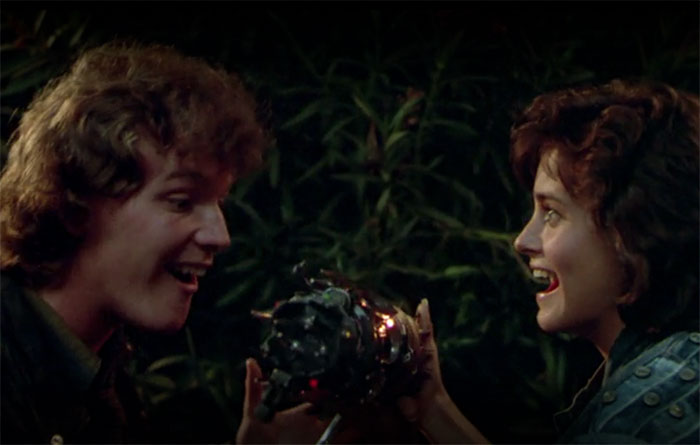 In 1987, McNeill played the role of Kevin Corrigan in the film Masters of the Universe, alongside Dolph Lundgren in the titular role of He-Man. In the film, Corrigan is the boyfriend of Julie Winston (played by Courteney Cox) and is responsible for finding the Cosmic Key, which later brings the characters of the He-Man universe to Earth.

McNeill played Colin Midford on the TV series, Going to Extremes between 1992-1993. Going to Extremes was a comedy about a group of medical students undergoing their training on a tropical island. He appeared in 17 episodes before the show went off the air. 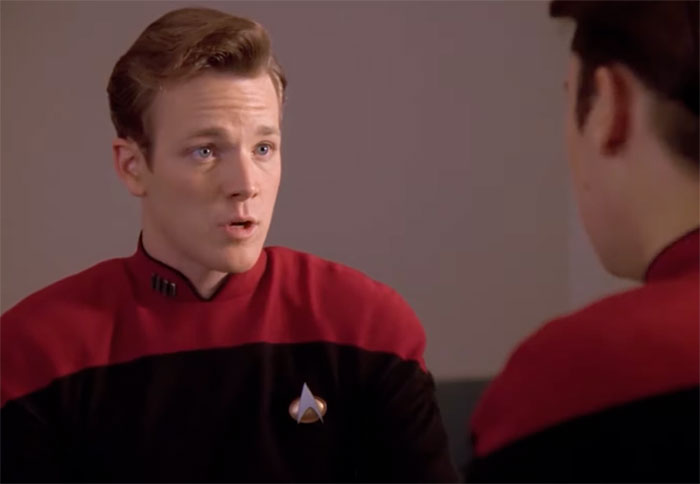 Surprisingly, he also had a guest-starring role on an episode of Star Trek: The Next Generation three years before landing his spot on Star Trek: Voyager.

Robert appeared in the episode “The First Duty”. In this episode, he did not play the role of Tom Paris, but instead played the role of Cadet First Class Nicholas Locarno. However, the Locarno character was the inspiration for his role as Paris later on.

In the episode Locarno was the leader of the Starfleet Academy. It was later discovered that his character caused the death of a fellow cadet and tried to force a coverup. Once this was discovered, his character was expelled from the academy.

When he was hired for Star Trek: Voyager, the writers obviously couldn’t follow the same story line, citing that they believed his character to be wholly unredeemable.

While it would have been easier to change Locarno’s character, the producers realized they would have had to pay royalties to the original writer of the character. So, instead, they created the character of Lt. Tom Paris. According to producer Jeri Taylor, they always planned on giving the part of Tom Paris to McNeill. 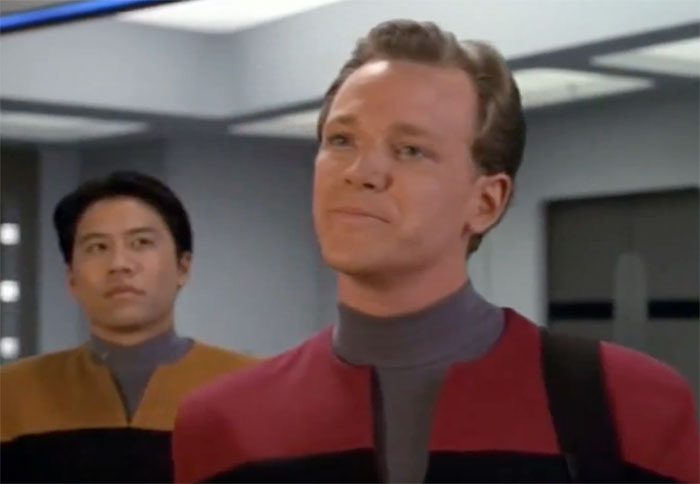 All of McNeill’s previous roles were either bit parts or roles that lasted for a season or two, however, he saw lasting power once he landed the role of Lt. Tom Paris on Star Trek: Voyager. He was in a total of 168 episodes across seven years and during this time, also lent his voice to the role of Lt. Paris in the Star Trek Voyager: Elite Force video game.

Duncan joined the cast of Star Trek: Voyager in 1995 and was with the show until it ended in May 2001.

McNeill played Lt. Tom Paris, who worked on the USS Voyager as a human Starfleet officer. His character worked in different areas of the ship, most notably as a temporary auxiliary medic and chief helmsman.

His piloting skills were a key part of his backstory. When he was a graduate of the Starfleet Academy, he crashed a shuttle, killing three Starfleet officers.

This would lead to him being court-martialed and dishonorably discharged from Starfleet. He would eventually make his way back into Starfleet when Captain Janeway recruits him for a mission that would eventually land him a field commission as a Starfleet lieutenant. 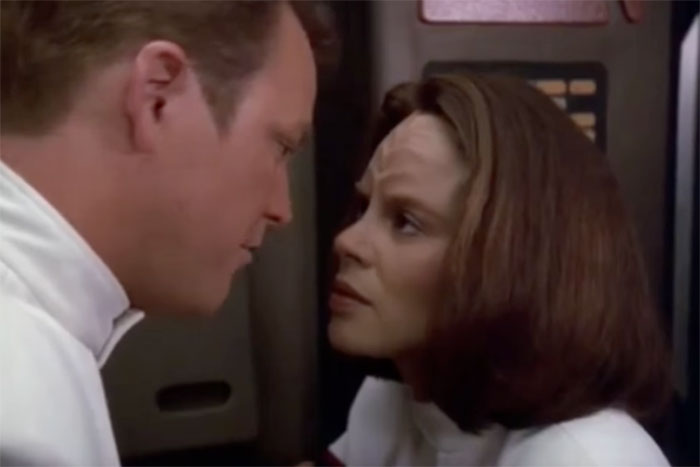 His romance with half-Klingon chief engineer B’Elanna Torres would evolve throughout the show, eventually leading them to get married and have a child together.

Reactions regarding McNeill’s character were mainly negative, with fans calling his character “egotistical,” and “spoiled.” However, some have come to his defense, claiming that the character’s bravado was a sign of the times.

Throughout the series, Lt. Tom Paris does grow and mature, but most fans agree that for the first few years he was on the show, the character was insufferable. 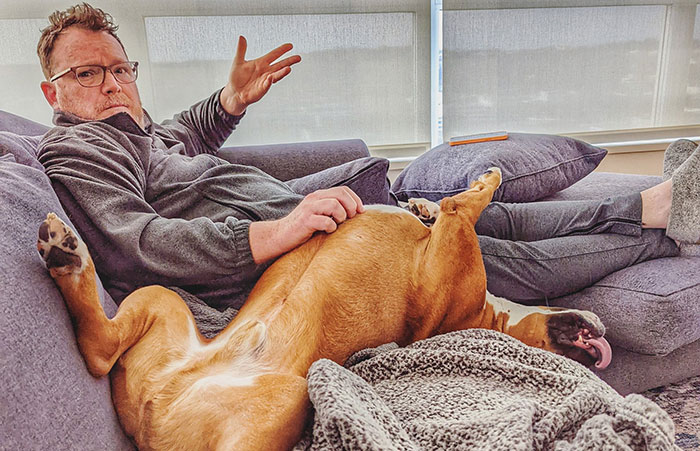 After leaving Star Trek: Voyager, McNeill’s acting career kind of halted. He landed guest starring roles on the TV series Crossing Jordan and The Outer Limits and the movie Infested in 2002. His return to TV wouldn’t be until five years later when he guest starred as an FBI agent in the TV show, 24 in 2007.

McNeill has stepped behind the camera and focused the majority of his attention on directing and producing. He has several notable directing credits under his belt such as One Tree Hill, Dawson’s Creek, Star Trek: Enterprise, White Collar, and the Arrangement. As of publication, he has nearly 50 directing credits to his name. 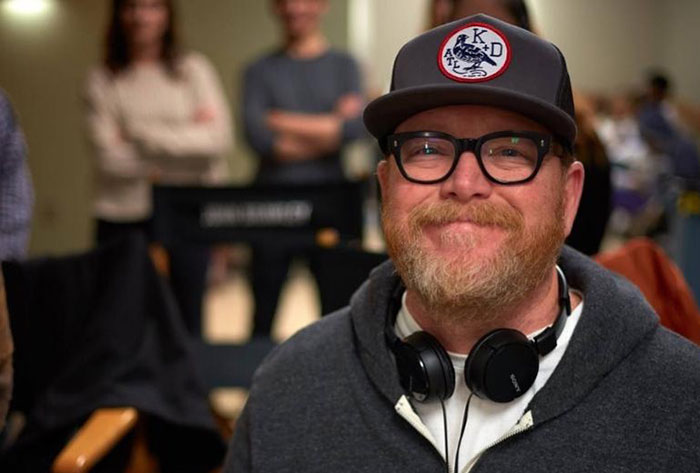 McNeill started directing after shadowing Star Trek directors Rick Berman, Les Landau, Jonathan Frakes, and Rick Kolbe. After seeing what they were able to do, he directed for the first time in the Star Trek: Voyager episode, “Sacred Ground.” He would go on to direct three more episodes: “Unity,” “Someone Watch Over Me,” and “Body and Soul.” His Star Trek directing wouldn’t end there either as he would go on to direct four episodes of Star Trek: Enterprise.

His other directing credits include episodes of Chuck, The O.C., The Orville, Suits, Turner & Hooch, and most recently, Resident Alien.

He has executive produced several TV series including Chuck, Girlfriend’s Guide to Divorce, What About Brian, Heartbeat, the Gifted, and most recently, Resident Alien, which airs on the SyFy channel. 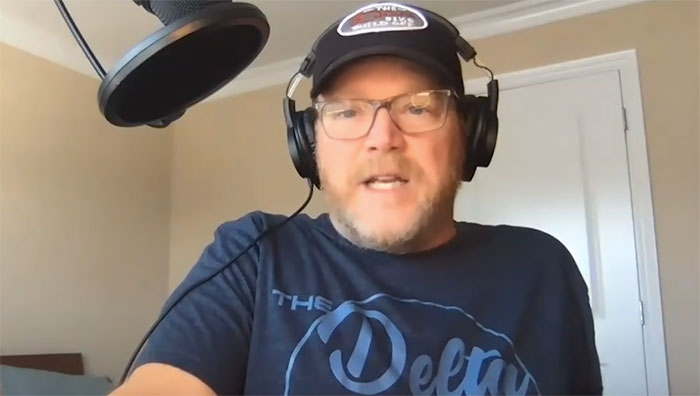 Like much of the cast of Star Trek, McNeill routinely attends comic-con conventions throughout the United States that are both fan-operated and official Star Trek conventions. He has had several conventions scheduled for 2022.

In 2023, McNeill, along with fellow Star Trek alumn, Ethan Phillips, Kate Mulgrew, Armin Shimerman (and many others) will be embarking on a Star Trek-themed cruise in February 2023. The cruise, which sets sail from Los Angeles, CA on February 24th, 2023, promises fans the ultimate immersive experience where they become a part of the crew.

During this seven-night cruise to the Mexican Riviera, fans will be able to play games, meet stars from the series, and enjoy concerts and comedy shows from the actors themselves. 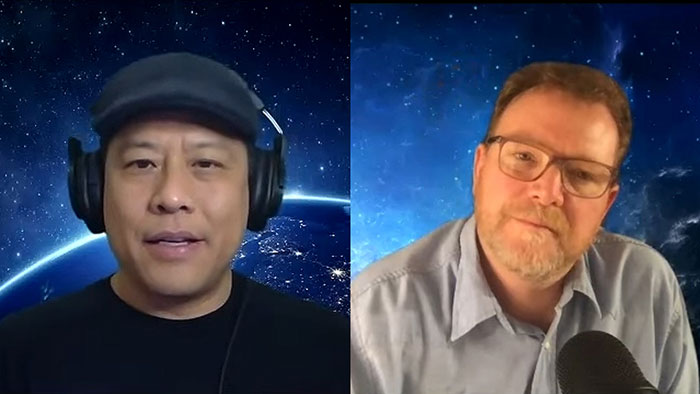 Both McNeill and Garett Wang, who is best known for his role on Star Trek: Voyager as Harry Kim, host a weekly podcast called the Delta Flyers. The podcast’s first episode aired in May of 2020.

During this podcast, both former cast members recap each episode of the show from the very beginning. Those who contribute to their Patreon will be privy to special guests’ interviews, as well. 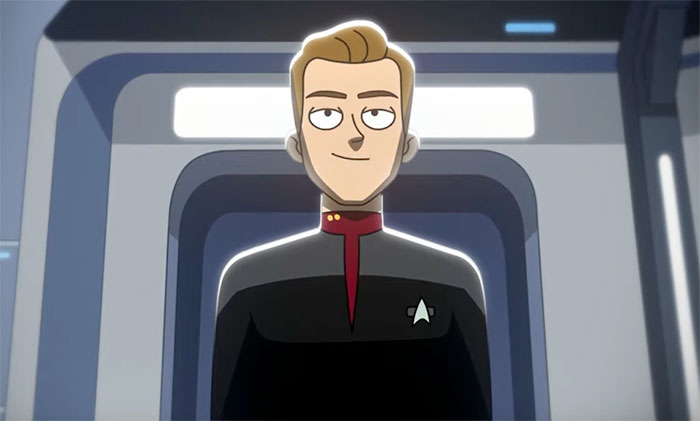 In 2021, McNeill reprised the role of Tom Paris for an episode titled, “We’ll Always Have Tom Paris” on Star Trek: Lower Decks.

His character has been fully promoted to lieutenant and travels for speaking engagements where he talks about his experiences on Voyager. One character approaches him about autographing a commemorative plate with his face on it. 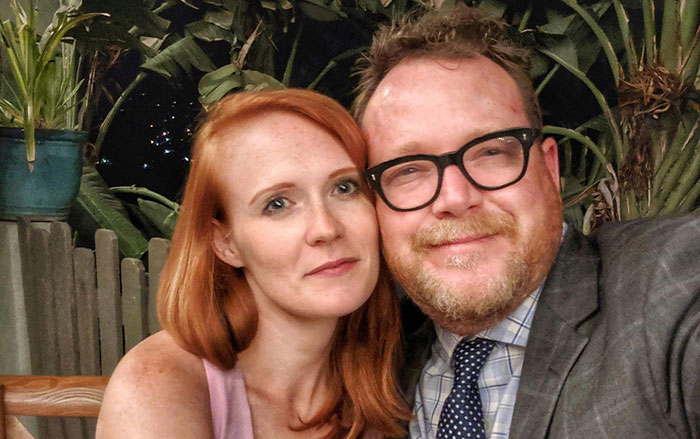 He is currently remarried to Rebecca Jayne Sims, who he tied the knot with in March 2021. 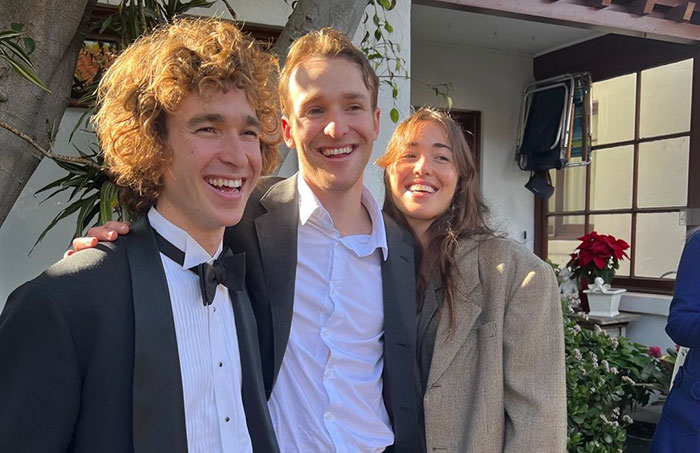 Carter Jay McNeill was born on January 21, 1998. He is McNeill’s youngest son. Unfortunately, there isn’t a lot of information available online about Carter to see what he’s been up to.

Taylor, born June 11, 1990, has made quite a name for herself. Residing in New York, Taylor is a fashion editor and brand consultant for the Wall Group. Before joining the team, she was the fashion editor of Let’s Panic magazine and has contributed to several prominent magazines including Esquire Italia, Vogue US, and Teen Vogue.

She is currently the stylist for Margaret Qualley and Kendrick Lamar. Before her foray into fashion, she appeared on an episode of Summerland that her dad directed.

Born on April 12, 1994, Kyle is currently a singer/songwriter. His latest album, Until the Hills Stop Burning, was released on July 16, 2021. Since he emerged on the music scene, Kyle has released six studio albums. Several of his songs have been played on the radio, as well as in prominent movies and TV series, including Resident Alien and Small Crimes.