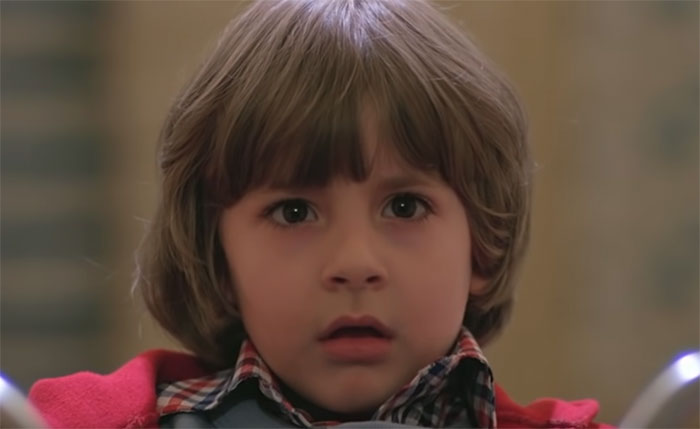 For fans of the 1980 horror film “The Shining” you may not recognize the name Danny Lloyd, but you likely remember his 6 year old character Danny Torrance in the film. Though just a young child in the film, it is his recognized role to date.

Danny was born in Tremont, Illinois, just outside of Chicago. Though little is known about his family or early life, it is recorded that his father, a steelworker at the time, heard a call for auditions for an upcoming movie when his son was just 5 years old.

A movie adaptation of the popular Stephen King novel “The Shining” was to begin production.

Auditioning For The Shining

Danny recounts that his audition for the movie came as a shock after his father sent in his photo to an open casting call for the film, something that is rarely done for movies, even back then.

During his first audition Danny spontaneously started moving his finger while talking as Tony in the film and this spontaneous act was left in.

It took apparently 6 auditions before Danny was notified by director Stanley Kubrick on his 5th birthday that he had gotten the part. 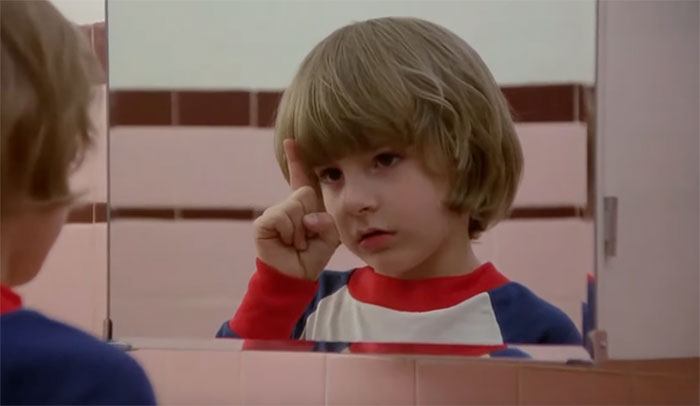 During the casting process it was reported that the reason why Danny was chosen for the role of Danny Terrance in the film is because he was able to deliver his lines without flinching.

This ability is part of what allowed him to have such an iconic part in the film.

During the filming process because Danny was so young, he was told that the movie he was filming was a drama about a family that lived in a hotel.

His scenes were shot separately and he was never shown any of the scary portions of the film. 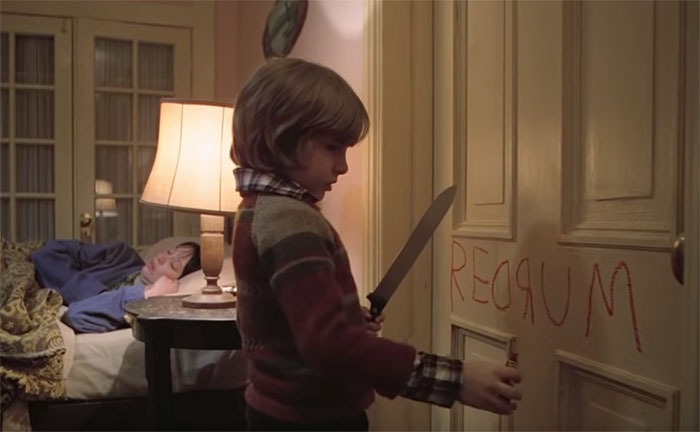 In fact, Danny was so unaware of what was going on with the production of the film, that the scenes of him peddling his tricycle were actually fun for him, despite the imagery of terror in the movie.

Danny reportedly has fond memories of his other child co stars Lisa and Louise Burns that played the Grady sisters in the the film and even recalls Stanley Kubrick holding an Easter egg hunt for the kids during production.

One of his most vivid memories about filming the movie however, was being promised by one of the production staff that he could keep his tricycle from the film, a promise that never came true.

He reportedly kept in touch with the film’s director long after it was finished with Kubrick sending him Christmas cards and even calling him when he graduated high school to check up on him and tell him he was proud of him.

What Did He Do After The Shining ? 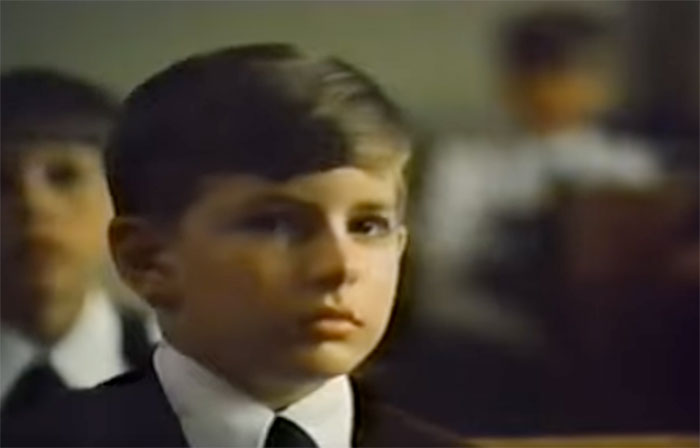 A short film on horror movies did use archive footage of Danny from The Shining in 1994 but Danny himself wasn’t involved in the project. .

Danny continued auditioning for acting roles into his teen years, but eventually gave up acting because he could not catch a break and he grew tired of the audition process.

It is said he told his parents he was quitting acting so he could continue going to school.

What is Danny Lloyd Doing Now? 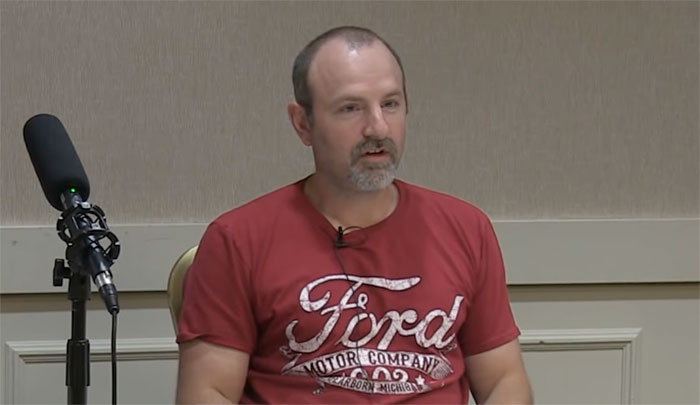 Danny Lloyd became an associate professor of biology at the Elizabethtown Community and Technical College in Elizabethtown Kentucky in 2004 and continues to teach there to this day.

While he hasn’t had any major acting roles, in 2012 he guested as himself in the documentary film Room 237 to talk about the role of Danny Torrance and how the shining has become a cult classic.

He also made a cameo in the 2019 sequel to The Shining, the film Doctor Sleep where he appears as a baseball fan. 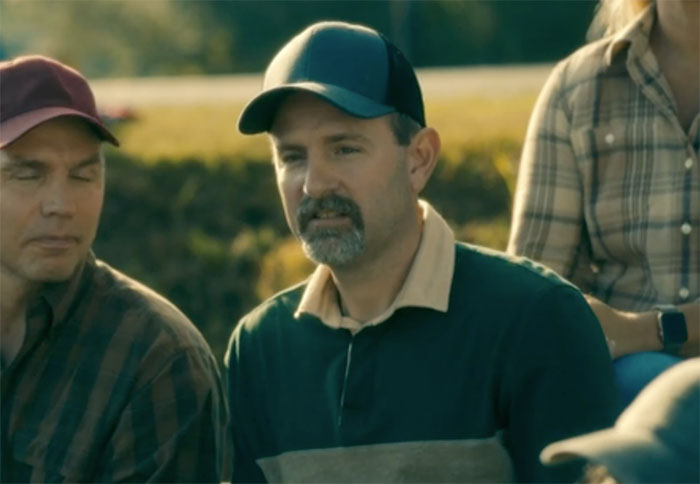 Despite a sequel being made to the movie he starred in, it seems Danny has no interest in actively returning to acting and instead continues to teach.

He still regularly makes the convention scene as well, having been at “Terror Con” in 2017 and “Spooky Con” in 2020. 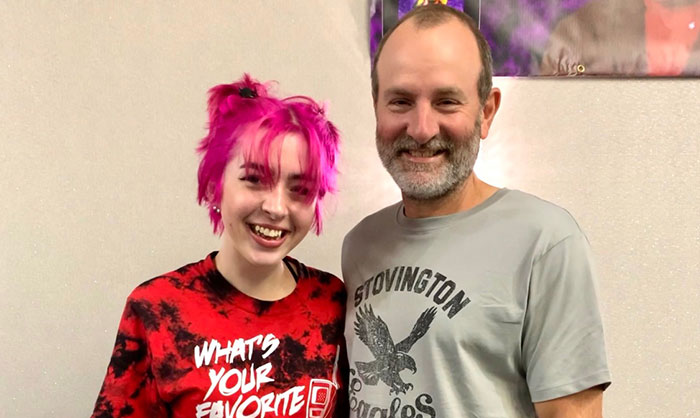 He is scheduled to appear at both “Motor City Comic Con” and “Spooky Con” in October 2022.

Danny has been married to the same woman for many years, Jessi Diana Brackett. The couple are still together.

Together with his wife Jessi, Danny has 4 children, 1 son and 3 daughters.

Two of the children are Danny and Jessi’s while the other two are Jessi’s from a previous relationship that Danny has adopted.