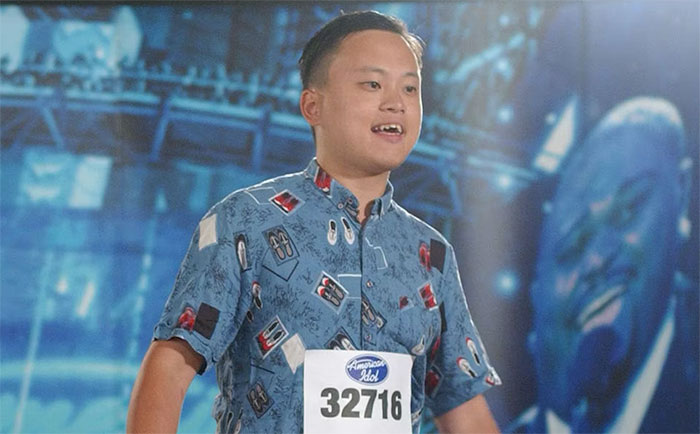 Even if you didn’t watch American Idol religiously every week, or follow the show at all, you know the name William Hung. Or you at least saw the video of his audition singing his rendition of Ricky Martin’s famous hit ”She Bangs” in the third season.

Hung instantly went viral and won America over with his upbeat attitude, despite being laughed at by the judges and belittled by Simon Cowell. What happened to this positive vibes only hopeful after he was eliminated from the show? Let’s see if Willian still sings covers of our favorite 2000s pop songs. 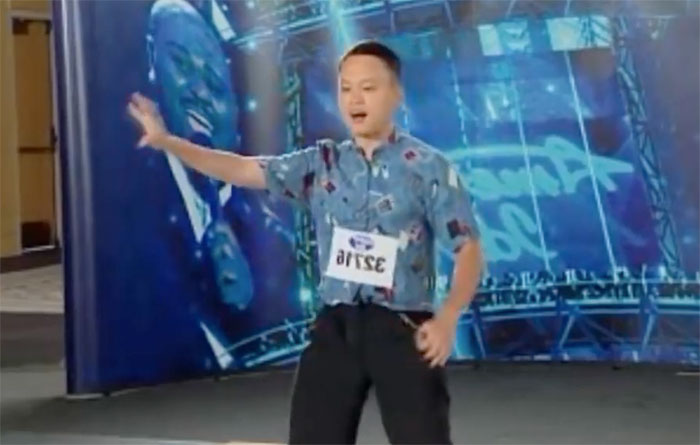 American Idol is known for cranking out some of our favorite artists, but it’s also known for those cringe-worthy auditions that give us secondhand embarrassment. For one contestant in the third season, his audition initially made us turn our heads and giggle into our hands, but after standing up to notorious meanie Simon Cowell, William Tanakiri Hung stole our hearts.

Before TikTok and Insta Reels, YouTube was there for us. That’s exactly where William’s audition went, where it’s been viewed over three million times, with fans revisiting the video when they want a pick me up.

What did he do after American Idol? 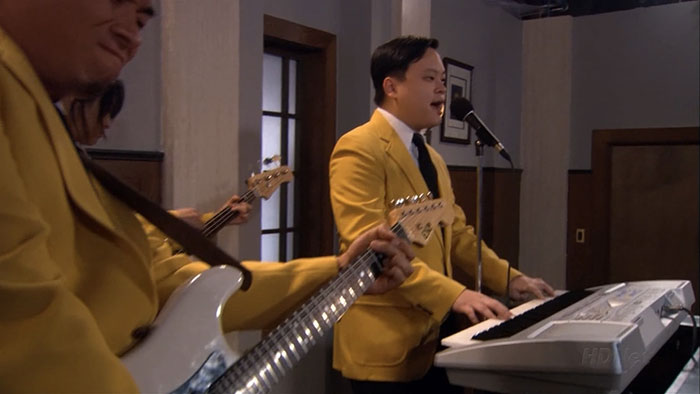 William’s audition was remixed for various radio stations, and a record deal followed to release multiple albums between 20004 and 2005.

His first album, Inspiration, was met with slight success, selling around 200,000 copies and reaching Billboard’s Top Independent Album Chart number one spot. But his second one, a Christmas album titled Hung for the Holidays, missed the mark, selling 35,000 copies, and his third one, titled Miracle: Happy Summer from William Hung, only sold 7,000 copies.

His short time on Idol led to William being on every popular talk show at the time, sketches made about him on Mad TV and SNL, and even landed him on an episode of Arrested Development in 2006.

Despite the low numbers of his last two albums, William had intentions of making another one, and told people in 2006 that he was working on it. But instead, there was no album, and William decided to switch careers.

Hung said that once the notoriety of Idol and his music career slowed down, he had to make a tough decision – try to battle the entertainment industry or get a “safer job.” He went back to school to get a Bachelor of Science Degree in Mathematics with Teaching Credential and started the next chapter in his life.

What did he do after music?

Singing and being a technical crime analyst aren’t two careers you’d think one person would have in a single lifetime, but that’s where life took William. He started working for the Los Angeles County Sherriff’s Department as a Technical Crime Analyst in 2011 after he graduated with his Math Degree from California State University. He worked as a Statical Analyst until 2013, when he went back to school, this time to Marist College to graduate with a Master of Business Administration in Healthcare Administration Degree in 2015.

When he left the L.A. Sherriff’s Department, William got a job at the Los Angeles Country Department of Public Health as an Administrative Assistant in 2013, and worked there until January 2020.

What is William Hung doing now? 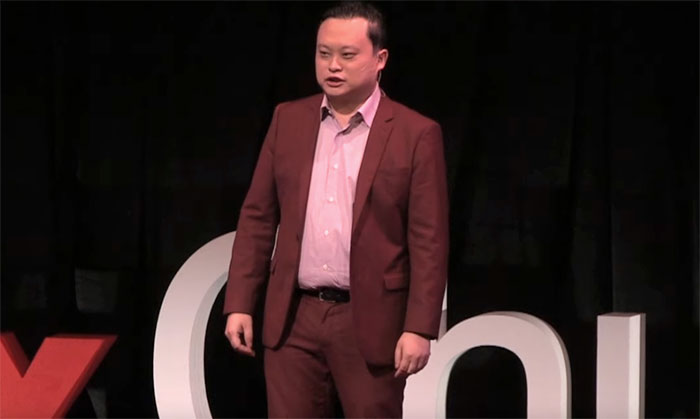 What isn’t William Hung doing now is the question. In May 2017, he started his journey as a motivational speaker. He’s attended multiple TEDx events, global conferences in Canada and Singapore, and is a keynote speaker for various groups, including the Asian Realtors Association of America.

We all remember William for his amazing attitude, and he’s learned to capitalize on his sparkling personality. Not only a motivational speaker, William does coaching engagements as well. He wants to help as many people as possible find what is right and true for their life, and not worry about judgments or drama from anyone else. Sounds like something we could all use these days. 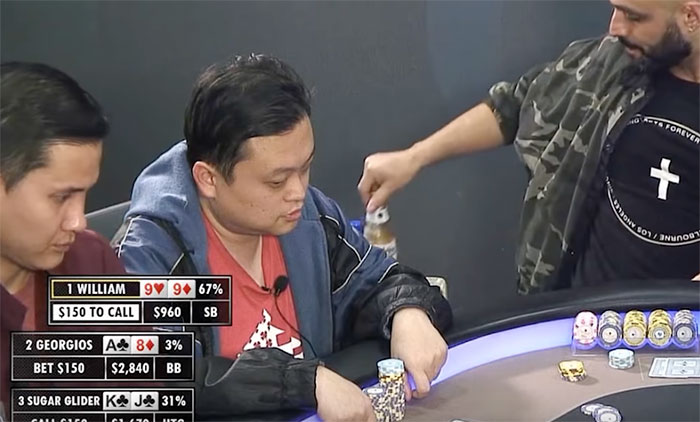 Are you good at poker? Then maybe you could try to take on William Hung. He wanted to be a pro poker player and started playing in 2014. Though he isn’t the best, he’s done pretty darn well over the years as a side hustle.

In 2019, William published a book titled Champion by Choice, which is told through Hung’s go-getter attitude of positivity to let people know the “Three Cs” to live by to reach their full potential. If anyone has been knocked down in life and wants to get up and stay up, William’s memoir will inspire you to do just that.

And hey, William will even help you quit your job, as he did for one man in August 2022. William was hired to tell Chris Gonzalez’s co-workers that he quit, and to keep “creating the life you want” before Hung went on to sing his way to the end of the video. 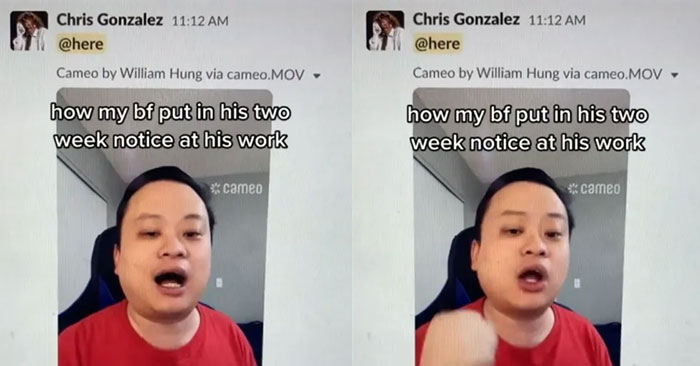 If you want a different kind of personalized video from William, you can always find him on Cameo where he’ll get you taken care of. 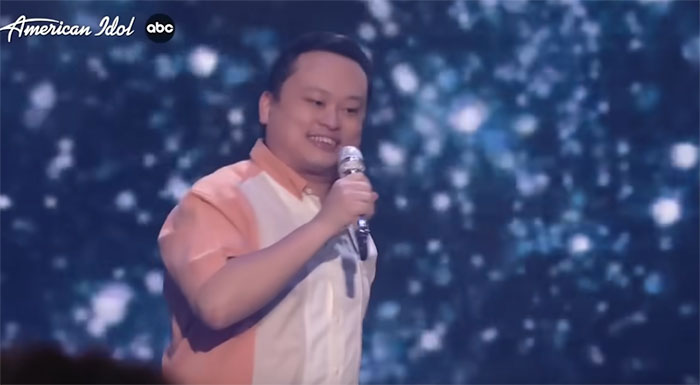 But Hung remembers where it all started, and in 2016, for the season 15 finale, he returned to American Idol to reprise the performance that made him famous. He even got to perform the song with Ricky Martin during a show of Martin’s in Las Vegas in 2018.

William Hung and his kind soul deserve all of the fame that’s followed his time on American Idol. His version of “She Bangs” will forever bring a smile to our face every time we hear it, and we couldn’t be happier about how amazing his life has turned out since.