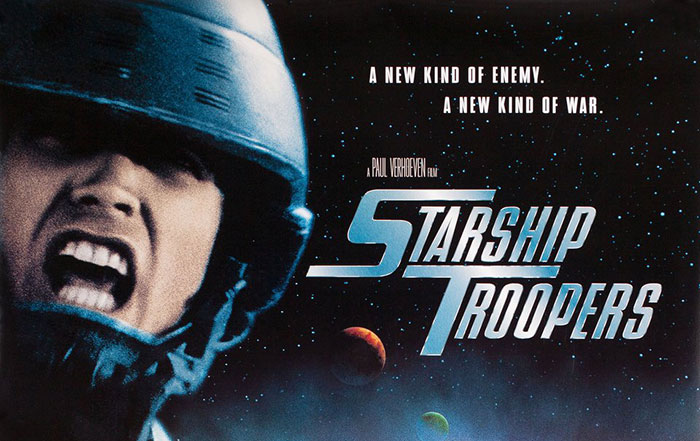 The military science fiction film Starship Troopers hit theaters in 1997 and was based on a 1959 novel written by Robert A. Heinlein. The movie centered around a young soldier, played by Casper Van Dien, and followed his career in a futuristic military unit. The film showcases the war between mankind and the Arachnids, an insectoid species.

Starship Troopers initially received mostly negative reviews and made $121.2 million worldwide, with a budget of $105 million. The movie’s plot was lost on most critics who took the story literally, instead of the political satire it was intended to be.

While Starship Troopers flopped amongst most critics, it did win an Academy Award for Best Visual Effects in 1998 and became a cult classic. In addition, it helped launch the careers of some of your favorite actors.

But where are your favorite Starship Troopers cast members today? Keep reading to see what the film’s stars are doing now. 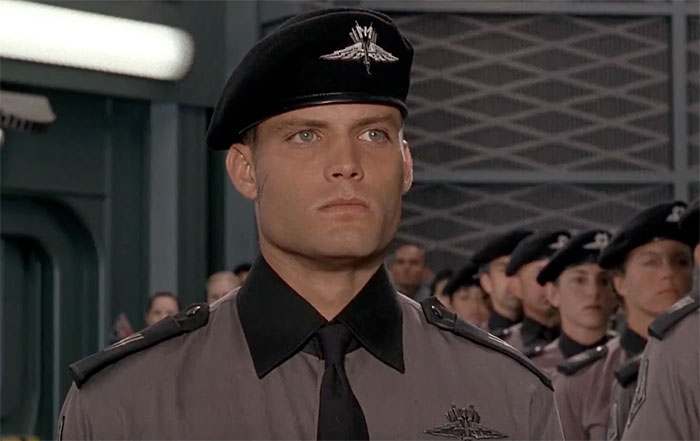 Casper Van Dien was born December 18, 1968 in Milton, FL and is the son of a nursery school teacher and U.S. Navy Commander. Despite a long list of military family members, Van Dien opted to pursue acting. 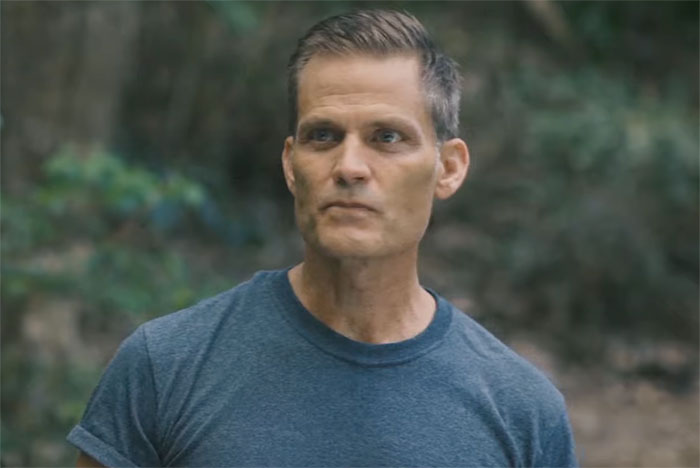 Van Dien has been married three times, most recently to Jennifer Wenger in 2018, and has four children. His eldest daughter Grace Van Dien, is an actress as well and is known for her role as Chrissy Cunningham on Stranger Things.

The actor is very active on his Instagram account, sharing photos from ComicCon and flashbacks to some of his most memorable roles. 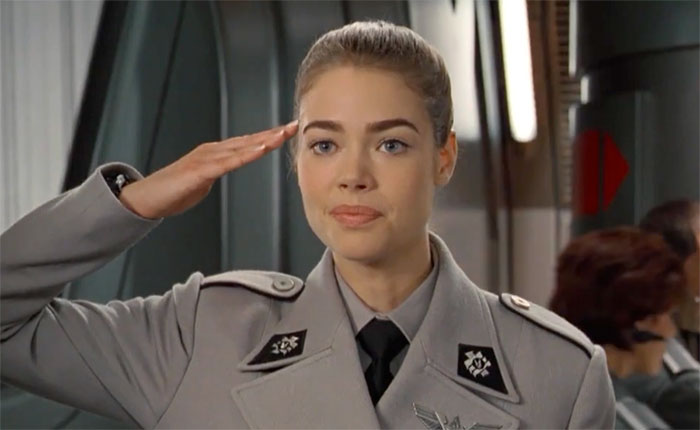 One of the most recognizable characters from Starship Troopers is Denise Richards. The actress was born on February 17, 1971, and began modeling before starting her acting career. Some of her first roles included appearances on Saved by the Bell, Doogie Howser M.D., and Married…With Children.

In 1998, one year after the release of Starship Troopers, Richards starred in the thriller film Wild Things and soon became a household name. The actress went on to star in movies like Undercover Brother, Scary Movie 3, and as a Bond girl in The World Is Not Enough. 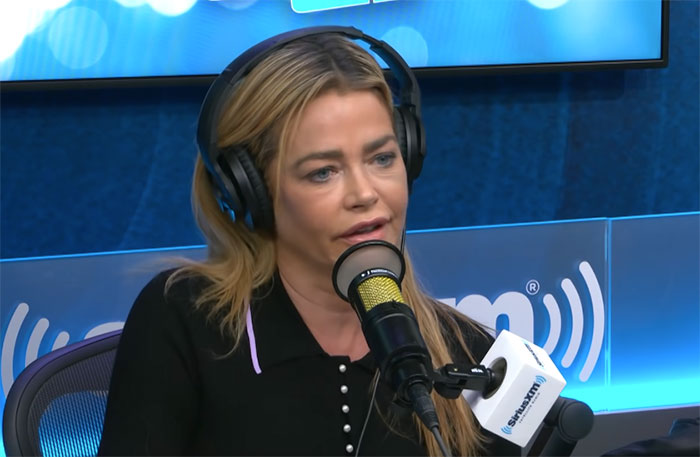 Richards had a high-profile divorce with actor Charlie Sheen, with whom she shares two daughters, Sam and Lola. Bravo TV fans will recognize Richards from her stint on The Real Housewives of Beverly Hills. Today, the actress lives in Malibu with her husband, Aaron Phypers, and their daughter, Eloise. 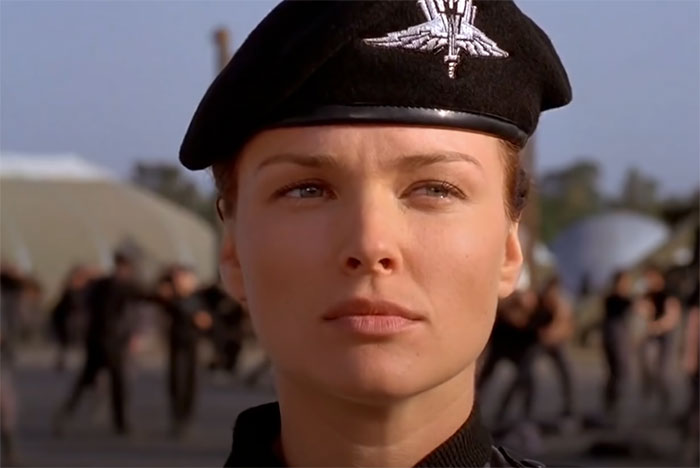 Dina Meyer was born on December 22, 1968, in Queens, NY, and trained for three years at the Neighborhood Playhouse School of the Theater in NY. Before taking the role of Dizzy Flores, Meyer appeared opposite Keanu Reeves in the action film Johnny Mnemonic. Starship Troopers was the actress’ third film appearance before having a steady line of work. 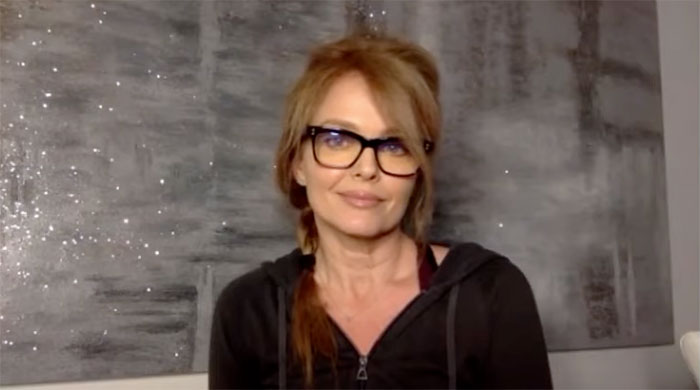 The actress has most recently been seen in the television shows The Flash and All American. Meyer is active on Instagram and often posts photos and videos of her active lifestyle. While the actress is in her 50s, she shows age is just a number.  You can keep up with Denise on her Instagram account. 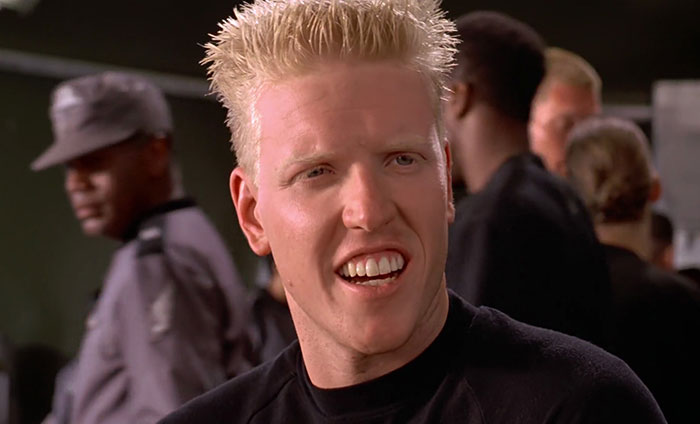 Jake Busey is the son of actor Gary Busey and first appeared in the film The Frighteners before taking on the role of Ace Levy. Busy grew up in Malibu, CA, where he often hung out on the movie sets of his famous father. 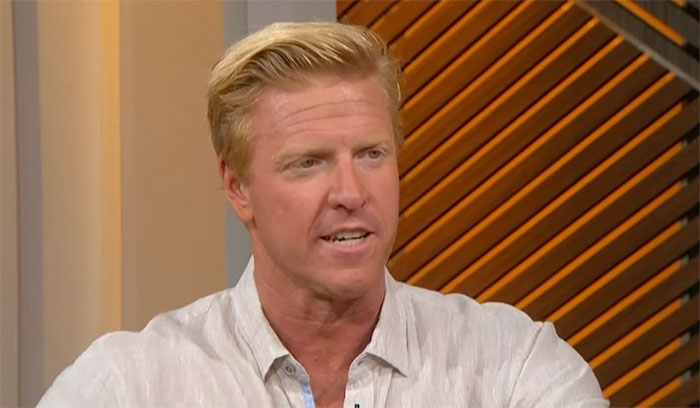 Busey has a daughter, Autumn, and often shares pictures of her on Instagram. While his latest roles were in the TV shows Stranger Things and L.A.’s Finest, Busey has also lent his voice to the video games XCOM 2: War of the Chosen and Predator: Hunting Grounds. 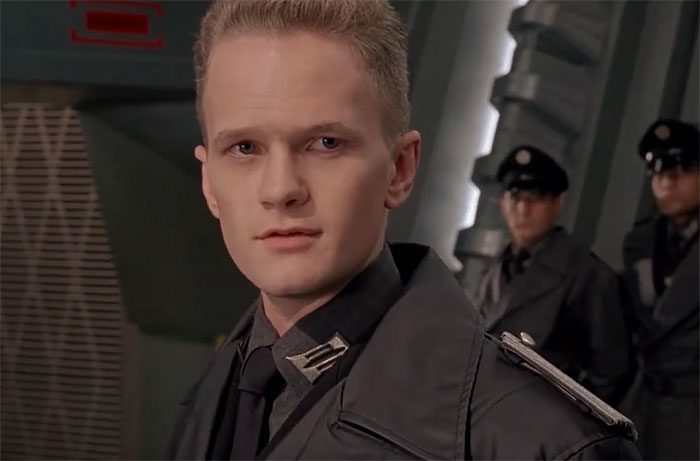 Neil Patrick Harris first won hearts as the teen doctor on Doogie Howser M.D., before starring as Dr. Carl Jenkins in Starship Troopers. Harris has also appeared in several shows on Broadway, including Sweeney Todd, Proof, and Cabaret. He has also hosted the Tony Awards four times and won a Tony for his role in Hedwig and the Angry Inch. 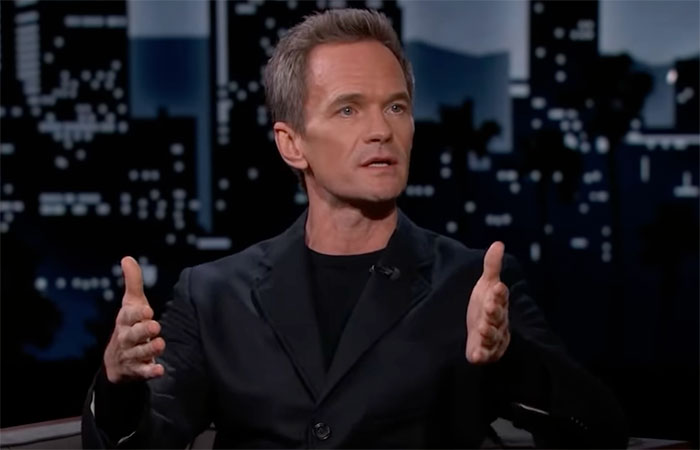 Harris has gone on to plenty of success after Starship Troopers, including his lead role in the television series How I Met Your Mother, for which he was nominated for four Emmy Awards. The actor has been married to David Burtka since 2014, and the couple has twins, Gideon and Harper. 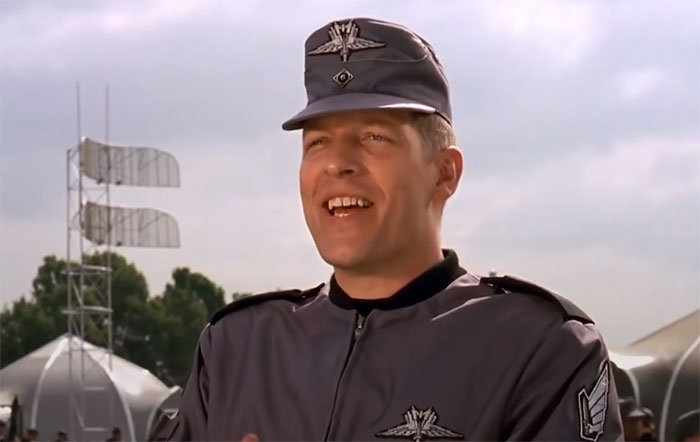 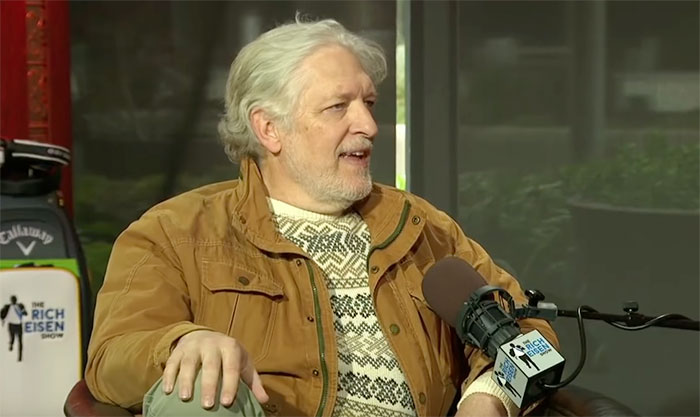 Brown is known for his work with DC Universe and Marvel Universe, including Superman: The Animated Series, Justice League, and The Incredible Hulk television series. The actor has been married to his wife, Jeanne Johnson since 1993 and together they have two children. \ 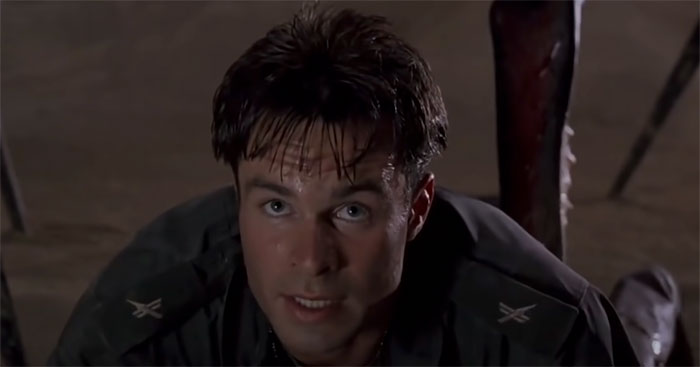 Patrick Muldoon was born in San Pedro, CA, on September 27, 1968, and the actor first starred in Days of Our Lives before appearing in Saved by the Bell and Melrose Place episodes. After starring as Zander Barcalow in Starship Troopers, Muldoon went on to star in numerous Hallmark and Lifetime channel movies. His is active on his Instagram account. 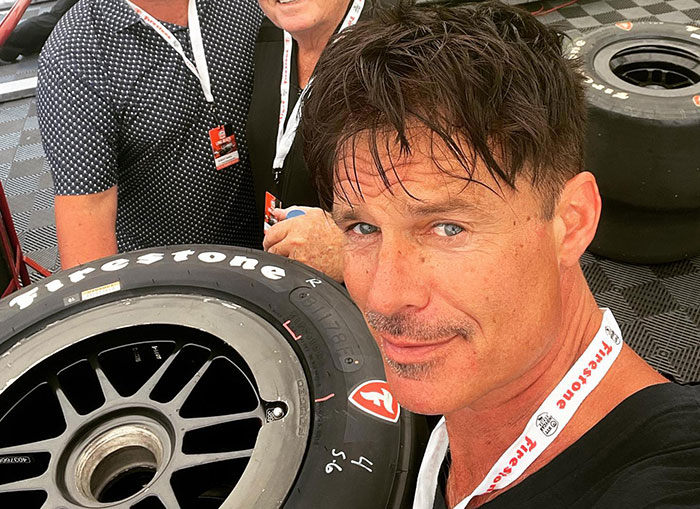 While Muldoon has never been married, there was rumor he dated his Starship Troopers co-star, Denise Richards. He also has been linked to former Playboy model Stacy Sanches and Juliette Binoche. Muldoon is active on Instagram, where he regularly posts. 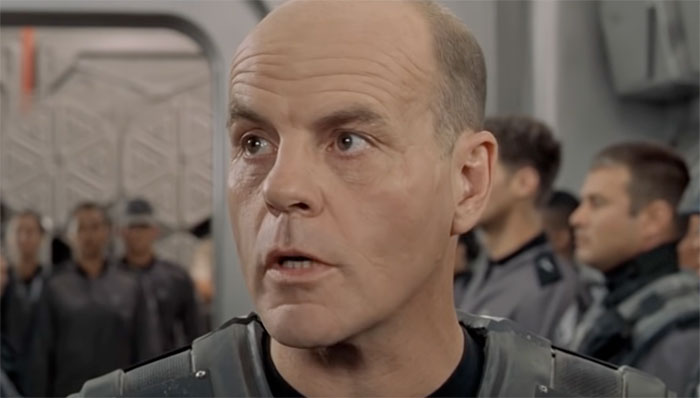 Michael Ironside was born Frederick Reginald Ironside in Toronto on February 12, 1950. At age 15, Ironside wrote a play while attending the Ontario College of Art and won first prize. The actor is known for playing “tough guys” and numerous characters before taking on the role of Jean Rasczak.

Ironside had parts in the iconic film Top Gun and Total Recall, Highlander II: The Quickening, Killer Image, and Dead’s Man Revenge. After appearing in Starship Troopers, the actor took roles in The Perfect Storm and The Machinist and voiced the villain Darkseid in the DC Animated Universe. 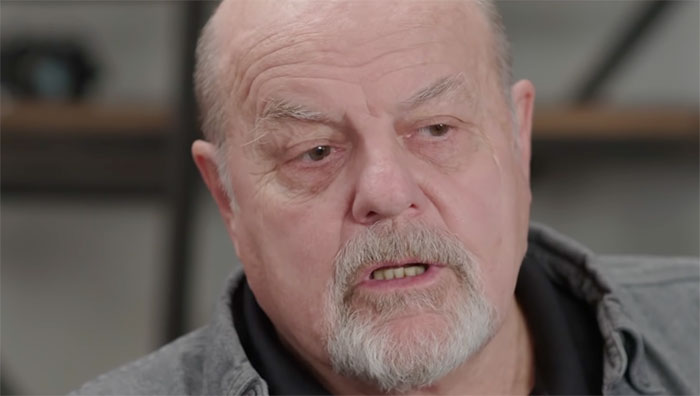 Most recently, Ironside played Don Lucas in the Hulu miniseries The Dropout. The actor has been married since 1986 and has two children, and has survived both prostate and thyroid cancer. 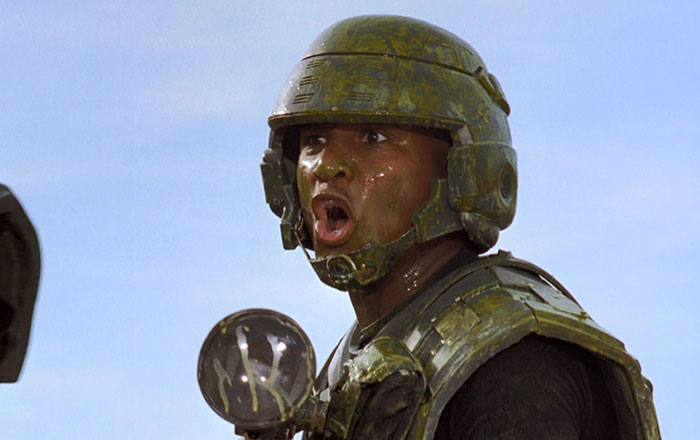 Seth Gilliam first appeared on screen in the early 1990s in the film Still Alice. After the New York-born actor saw success, he landed a role in Courage Under Fire a year before Starship Troopers hit movie screens.

In the 2000s, Gilliam appeared in television shows The Wire, The Good Wife, Person of Interest, Nurse Jackie, and C.S.I. Miami. In addition to film and television, Gilliam showed his theater skills in Richard III, Othello, and Anthony and Cleopatra.

Gilliam had a stint with the law in 2015, where he was driving under the influence while driving more than one hundred miles per hour and in possession of marijuana. It does not appear the actor is married nor does he have any children. 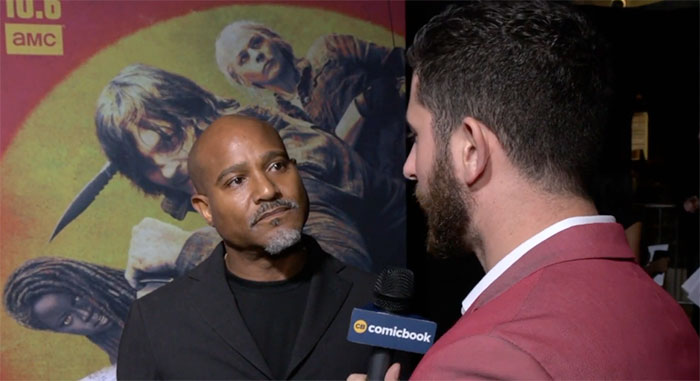