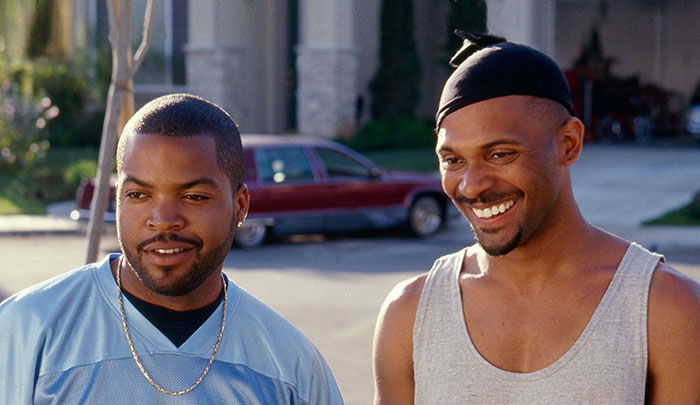 Next Friday premiered over 20 years ago and picked up where Friday’s original movie left off. Neighborhood bully Deebo has escaped prison and is out to get Craig, so his father, Willie, ends up moving Craig further away to keep him safe, but trouble will find its way to Craig sooner or later.

The film received mostly negative reviews but didn’t stop creators from a sequel, Friday After Next. The film had a budget of $11 million and grossed nearly $60 million. The film starred some iconic faces and some you likely haven’t seen since the premiere. But where is the Next Friday cast now? Keep reading to find out! 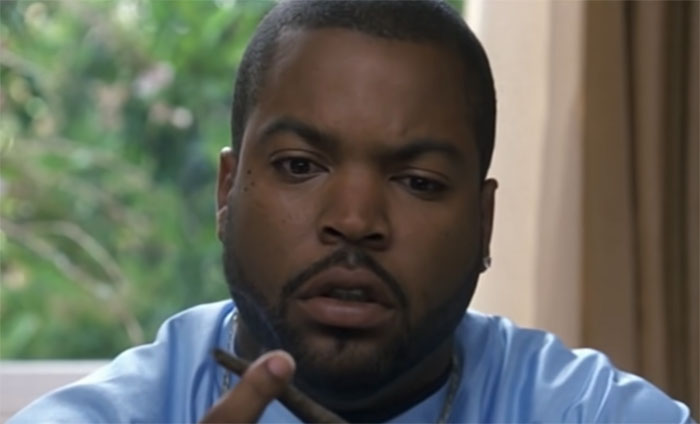 Ice Cube was born O’Shea Jackson on June 15, 1969, in Los Angeles, CA. The rapper, actor, and filmmaker got his start at 16 when he started rapping in the group C.I.A. before joining N.W.A. A few years later, he had his first acting debut in Boyz n the Hood and landed several additional roles in Trespass, The Glass Shield, and Higher Learning.

After the success of Next Friday in 2002, Cube starred in the sequel Friday After Next and had a highly successful film and television career starring in films like Are We There Yet?, Barbershop, 21 Jump Street, and First Sunday. Most recently, Cube collaborated with fellow rappers Snoop Dogg, E-40, and Too Short to form the group Mt. Westmore and released its first album in June 2022. 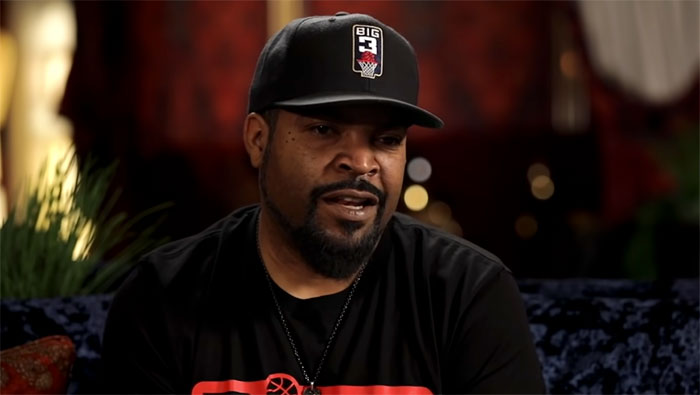 Ice Cube has been married to his wife, Kimberly Woodruff, since 1992, and together they have four children. Cube is active on his Instagram and mostly shares information about the Big3 League, a 3-on-3 basketball league he co-founded with entertainment executive Jeff Kwatinetz. 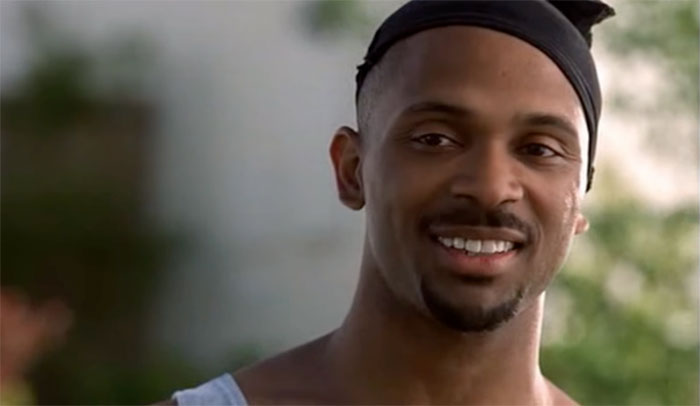 Michael Elliot Epps was born in Indianapolis, IN, on November 18, 1970. The actor moved from the Midwest to Brooklyn, NY, in 1994 to star in the Def Comedy Jam tour. After the tour’s success, Epps appeared in the film Strays before Ice Cube attended a stand-up show of Epps and asked him to audition for the part of Day-Day Jones in Next Friday.

After the success of Next Friday, Epps landed roles in Dr. Dolittle 2, How High, Friday After Next, and All About the Benjamins. In addition, the actor has made appearances in several music videos, including Gangsta Nation, A Bay Bay, No Effort, and Bank Account. 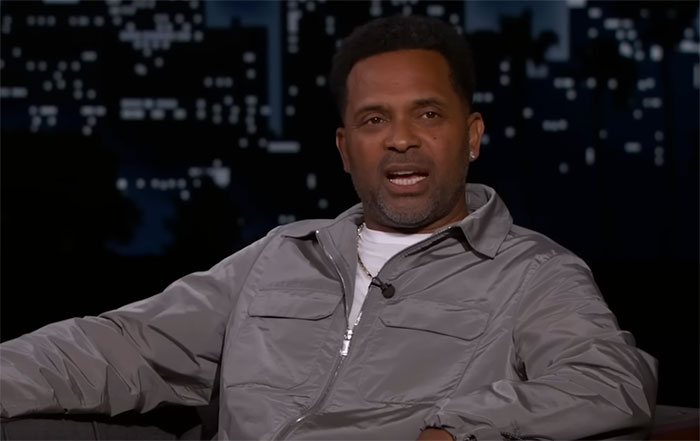 Today, Epps lives in California with his wife, Kyra Robinson. He was previously married to Mechelle McCain from 2006-2017 and is active on his Instagram, sharing photos and videos to his nearly 8 million followers. 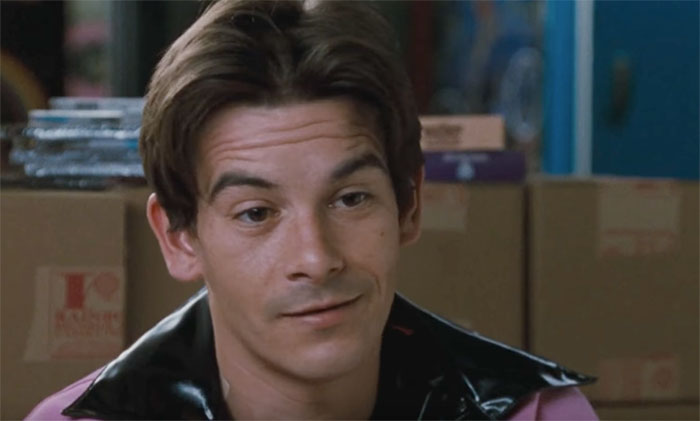 Justin Pierce was born in London, England, on March 21, 1975, but sadly passed away at 25. Pierce’s death was determined to be suicide by hanging. While police found two suicide notes, they were not released publicly. 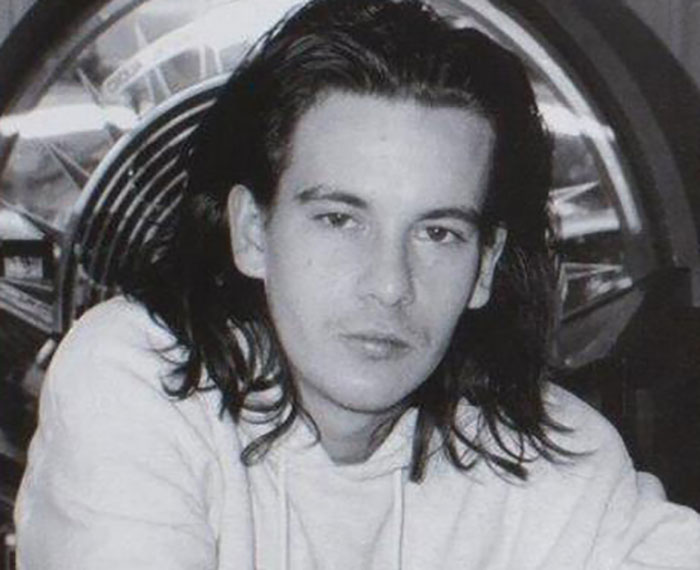 In 1995, Pierce appeared in the movie Kids, for which he won an Independent Spirit Award. Before his untimely passing, Pierce starred in the movie Looking for Leonard, released in 2002, two years after his death, and it was dedicated to his memory. One year before he died, Pierce married Gina Rizzo in Las Vegas. 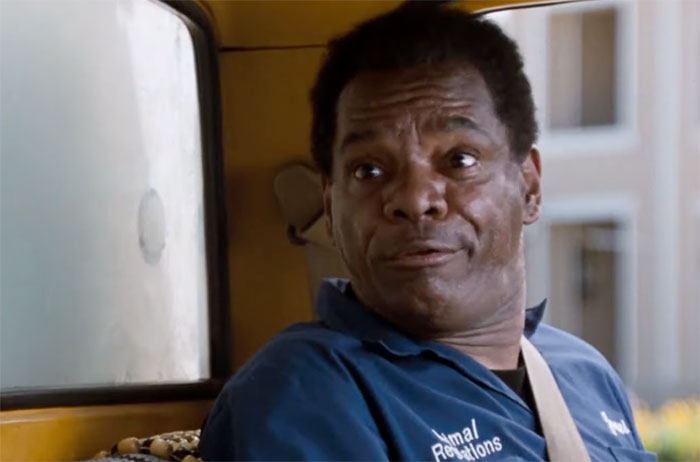 John Witherspoon was born on January 27, 1942, in Detroit, MI, and was one of 11 children. Witherspoon died in 2019 from a heart attack. The actor’s last name was Weatherspoon; however, he changed the spelling. He started in the 1960s with stand-up comedy and starred in the 70s television show Barnaby Jones.

The actor had great success through the 80s and 90s and made appearances in films like House Party, The Meteor Man, Fatal Instinct, Sprung, and Bulworth. More recently, Witherspoon starred in the television series, The First Family, where he had a recurring role for 28 episodes. 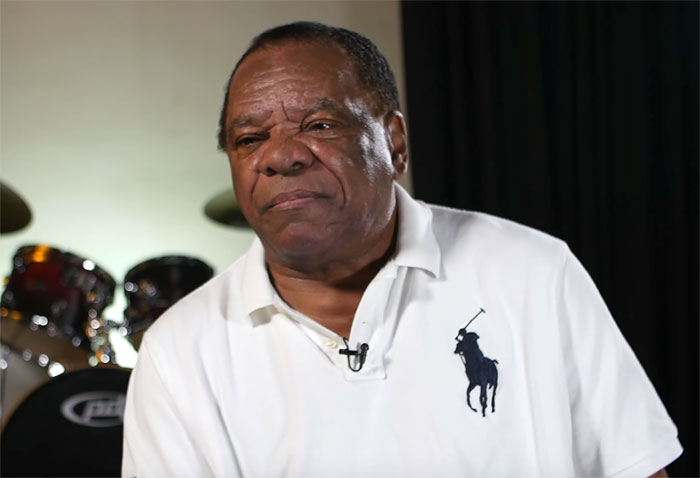 Witherspoon married his wife, Angela Robinson, in 1988, and the couple had two children. David Letterman, Witherspoon’s best friend, is the godfather to his two sons, John David and Alexander. 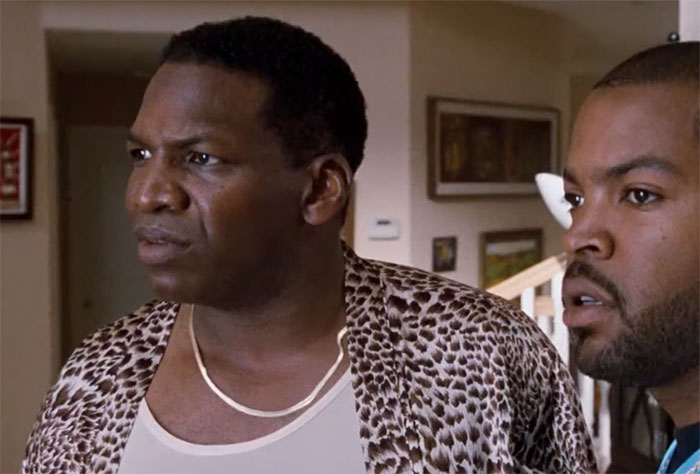 Don Curry was born in Fort Worth, TX, on September 7, 1961, and pursued stand-up comedy and acting. In addition to appearing in Next Friday, Curry starred in the sequel, Friday After Next. The actor starred in the sitcom Grace Under Fire and hosted BET’s Comic View in 2013. 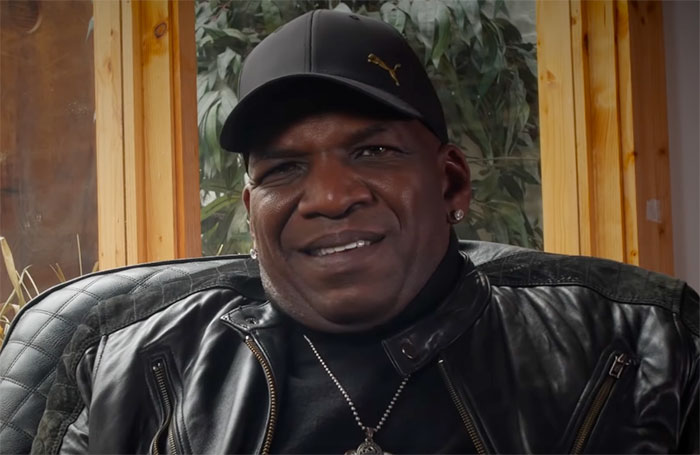 Most recently, the actor appeared in Strip Off, She Wins, and the television series Black Jesus and uses his Instagram account to share viral videos with his over 64,000 followers. 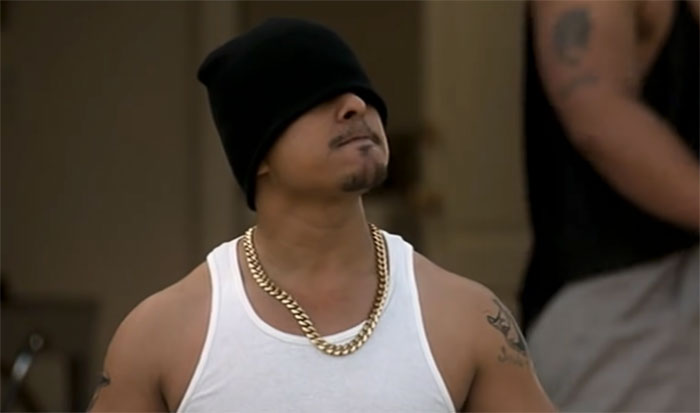 Jacob Vargas was born in Michoacan, Mexico, on August 18, 1971, and raised in Pacoima, California. Vargas first appeared on-screen in 1992 in the film American Me, for which he won an ALMA Award for Emerging Artist of the Year. Before landing the role of Joker, Vargas appeared in Get Shorty, Romy and Michelle’s High School Reunion, and Traffic.

After the success of Next Friday, Vargas starred in the FX network movie RFK, Flight of the Phoenix, The Death and Life of Bobby Z, and appeared for two seasons on the show Sons of Anarchy. In 2019 and 2020, he appeared as a regular on the Netflix show Mr. Iglesias. 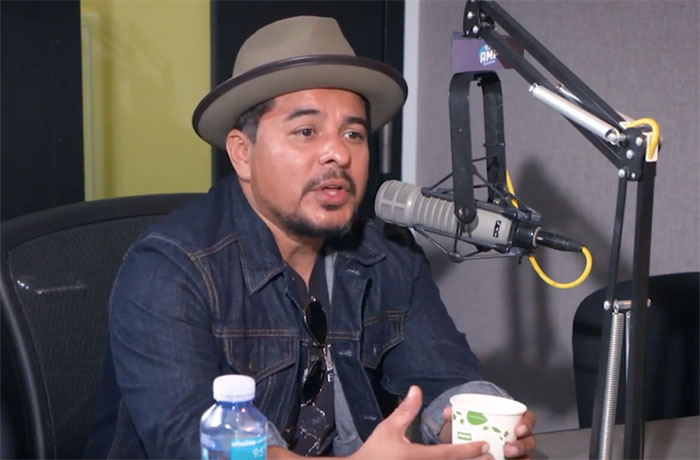 Today, Vargas continues to act and most recently starred in the HBO Max film, Kimi, directed by Steven Soderbergh. Vargas has two daughters with his wife, Sylvia Arzate, and occasionally shares photos of his family on Instagram. The actor is also a proprietor of a cabin in Big Bear Lake, CA. 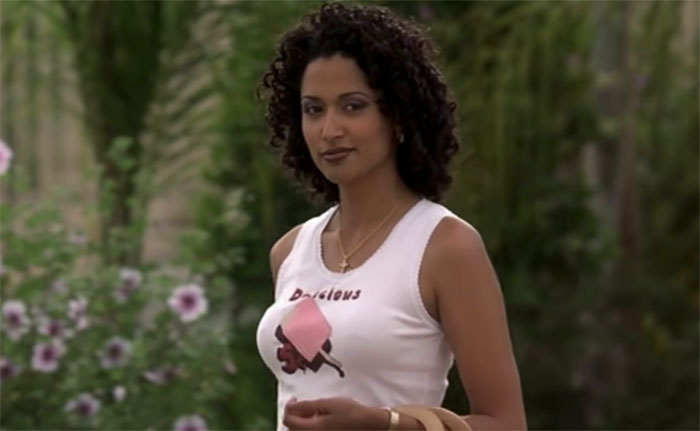 Lisa Rodriguez had a few on-screen appearances before landing the role of Karla in Next Friday. After appearing in the iconic film, she landed a guest role in the television series Dark Angel and had an uncredited role in Napoleon Dynamite. The actress’s latest role was in the 2021 film, The Christmas Coat, where she played Dr. Sharon Hernandez. 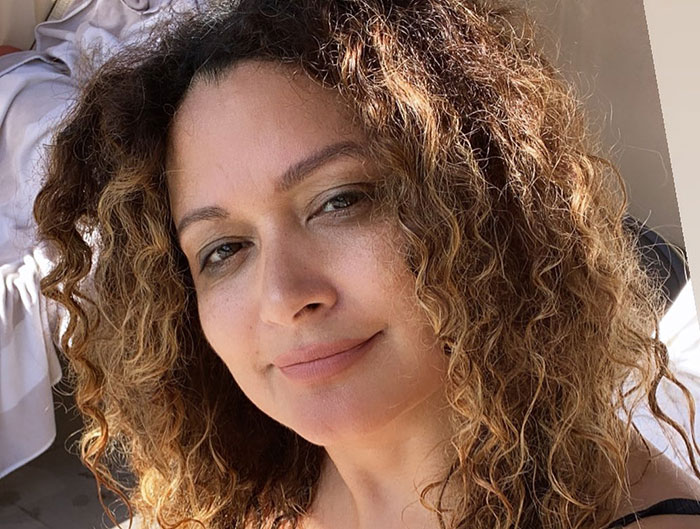 It seems like Rodriguez has stayed mostly out of the limelight; however, the actress does have an Instagram account where she seldom posts but lists herself as a “mother/actress/freelancer.” 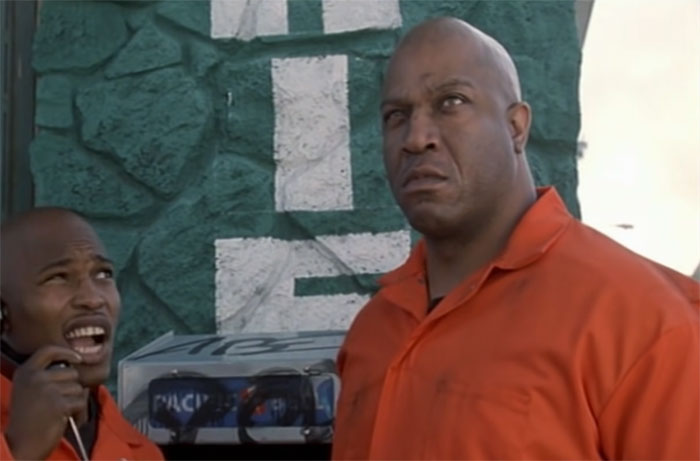 Tom Lister Jr. was born in Compton, CA, on June 24, 1958, and died of cardiovascular disease on December 10, 2020. Lister was born with a detached and deformed retina in his right eye, which caused permanent blindness; however, it did not stop him from pursuing a career in professional wrestling. 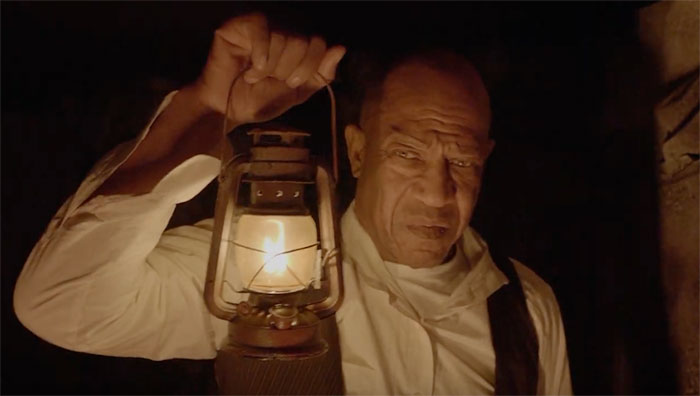 In 1989, Lister appeared in the wrestling movie No Holds Barred and would continue to be a part of the wrestling world through the 90s. After Next Friday, Lister landed roles in films like Little Nicky, Austin Powers Goldmember, Never Die Alone, The Dark Knight, and Zootopia. The star had two movies released posthumously, Domino: Battle of the Bones and Renegades. 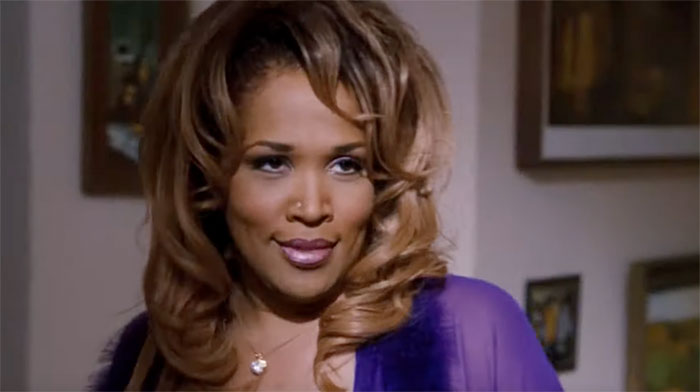 Kym Whitley, born on July 21, 1962, played Auntie Suga in the hit movie. Whitley has been acting since the late 80s and appeared on several hit television shows, including Married…with Children, That’s So Raven, Moesha, and My Wife and Kids. 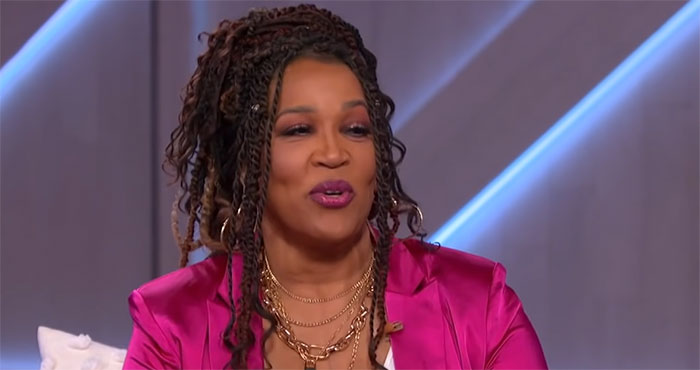 The actress is often seen as a guest star in popular sitcoms and continues to act today. In 2013, she co-founded a t-shirt line titled “Don’t Feed Me,” raising awareness about food allergies. Whitley adopted her son, Joshua, in 2011. 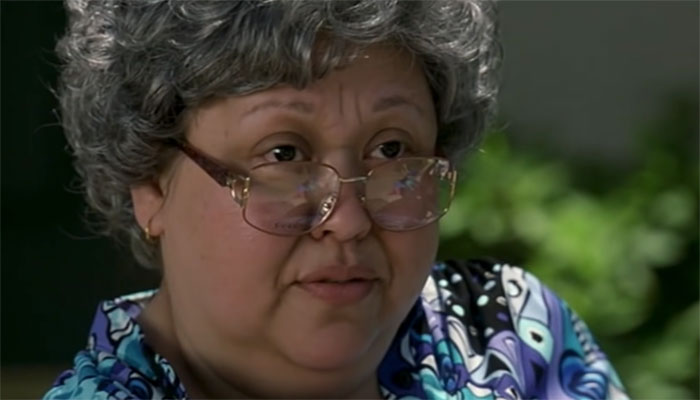 Actress Amy Hill has nearly 200 movie and television credits and often performs voiceover work. Hill was born in South Dakota on May 9, 1953, and had her breakthrough role on the television series All-American Girl in 1994. Hill has had numerous guest roles on popular sitcoms like Night Court, The Proud Family, Frasier, Eve, and King of the Hill. 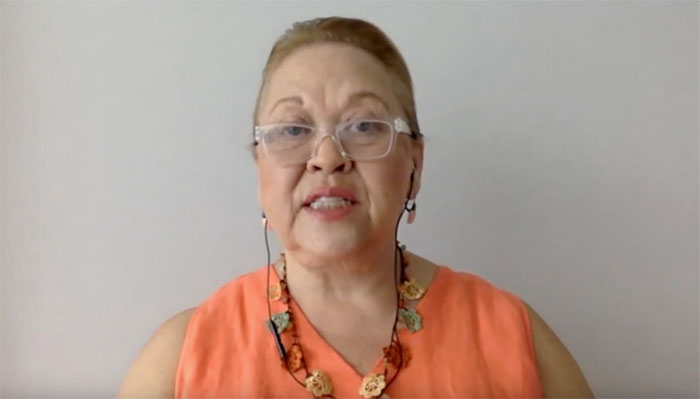 Hill is still acting and most recently lent her voice to the animated movie Kung Fu Panda: The Dragon Knight. The actress has one child, but it is unclear whether she is married. Hill is active on her Instagram and shares photos from her daily life. 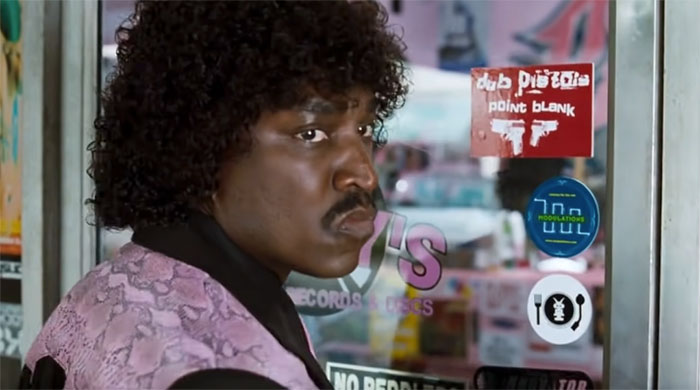 Clifton Powell was born in Washington, DC, on March 16, 1956, and first appeared on-screen in the 1980s. Before landing the role of Pinky, Powell appeared in Dead Presidents, Why Do Fools Fall in Love, and Rush Hour, reprised his role in the sequel to Next Friday, Friday After Next, and went on to star in television shows like Army Wives and Roc, South Central. 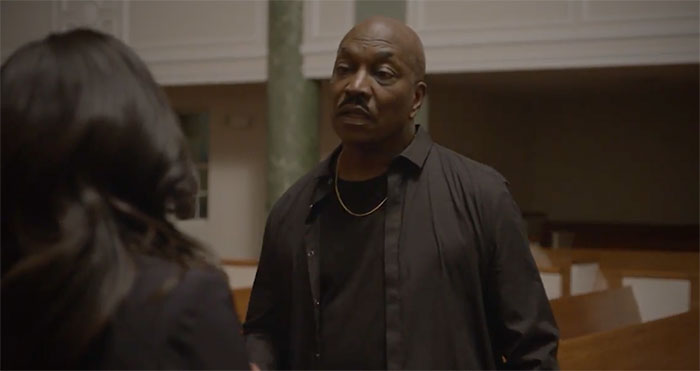 In the past few years, Powell has appeared in the TV movie Seven Deadly Sins: Envy and the show The Urbans. Powell is married to his wife Kimberly, and they have two children. The actor stays active on Instagram and often posts photos of his family.