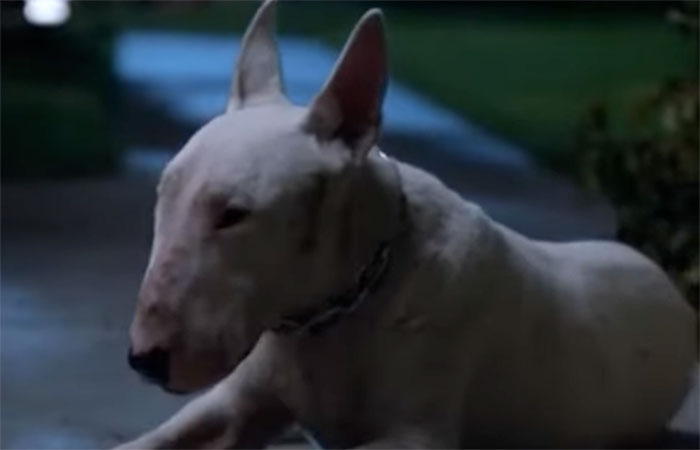 Chico the Dog is one of the more iconic elements of the ‘Friday’ sequel Next Friday. But did you know that Chico’s breed is reputed to be incredibly friendly and very powerful? Let’s learn more about the iconic dog from the ‘Friday’ films.

Who is Chico the Dog from ‘Next Friday’?

Chico is the famous English Bull Terrier who first appeared in the ‘Friday’ franchise with the second film, 2000’s Next Friday. Chico, in the film, was owned by The Jokers, a group of brothers and the antagonists of the movie.

The character Roach ends up adopting Chico by the end of the film. A happy ending for the dog.

What kind of Dog is Chico from ‘Friday’?

Chico is an English Bull Terrier, a very popular breed of dog. According to the American Kennel Club, Bull Terriers are “among the most comical and mischievous citizens of dogdom.” They are considered to be playful, sometimes stubborn, but always devoted to their owners.

They are muscular, however, and are robust with a great deal of power. This is a result of their history both as fighting and hunting dogs. In the 1800s, the breed would become a popular sporting breed.

Was Chico in Friday After Next? 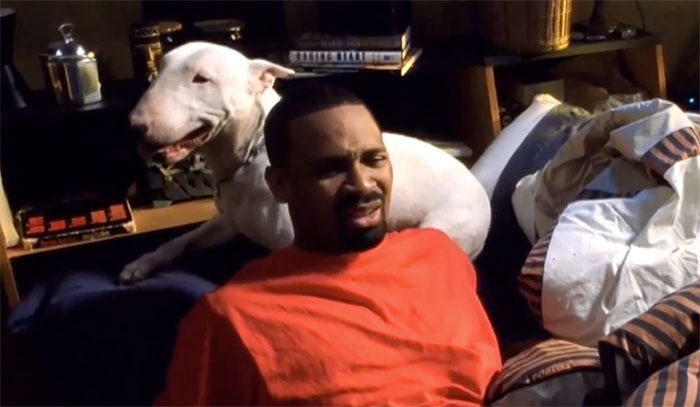 Chico made his second franchise appearance in 2002’s Friday After Next. In the film, Chico is seen to live with Craig and Day-Day and helps to keep trespassers out of their apartment.

This would be Chico’s last appearance in the franchise, however, as Chico is not likely to be seen in 2022’s upcoming Last Friday given the lifespan of the breed.

Did he act in any other shows or movies?

Given the importance of animal training in Hollywood, it is likely that the dog that played Chico likely found other work as well.

In the ‘Friday’ film series, Chico was seen again happy and healthy in Friday After Next. As for the unknown dog actor who portrayed Chico, things are less certain. Unfortunately, given the average Bull Terrier lifespan is 10 to 14 years, and Next Friday was released over 22 years ago, it is likely that Chico’s animal actor is no longer with us.

What are Bull Terriers temperaments like? Are they Aggressive? 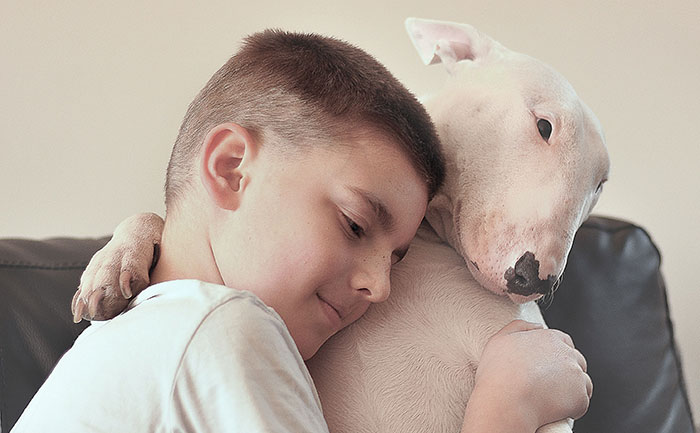 Despite their size and strength, Bull Terriers are a gentle and friendly breed. According to Hillspet.com, “Bull terriers are gentle, affectionate and playful with family members. They also are loyal pets that will guard the family. As with any large or tough breed, proper precautions around strangers, children, and other animals is essential.”

So provided a Bull Terrier is treated with love, they make wonderful, safe family pets.

How much are Bull Terriers?

Bull Terriers are considered to be an average cost dog, ranging from $800 to $2000 from a breeder. However, there are also many dogs who could use a home in shelters. Given the reputation of many breeders as well as the existence of puppy mills, it might be better to take home a dog from the shelter instead.

Are there any other famous Bull Terriers?

Of course, you also have Spuds MacKenzie, the mascot for Bud Light beer in the late 1980s. Today, Target, the massive shopping chain, had their Bull Terrier mascot, Bullseye.