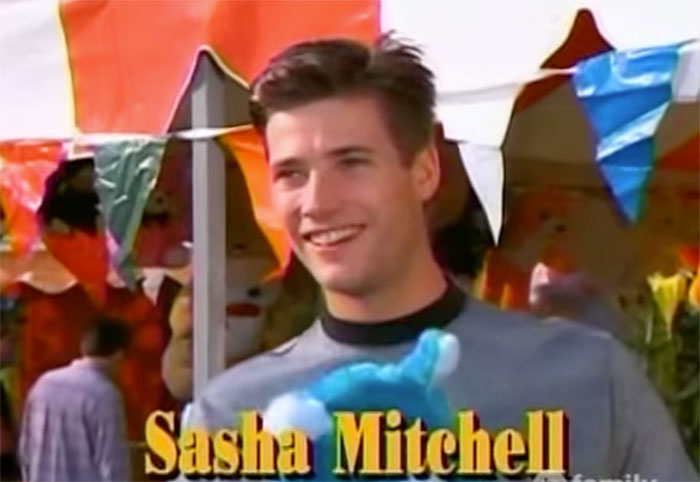 Sasha Mitchell (family named Muchnik) is an American actor known for iconic roles across several shows and films. On July 27, 1967, Mitchell was born in Los Angeles, California, though he would spend his summers in New York City.

He is the son of a garment manufacturer and has a Russian/Jewish heritage as his ancestors came to the United States from Kyiv. His father had a side business of building Koi ponds and was also heavily into bonsai trees.

He is also the younger brother of costume designer Marissa Mitchell. 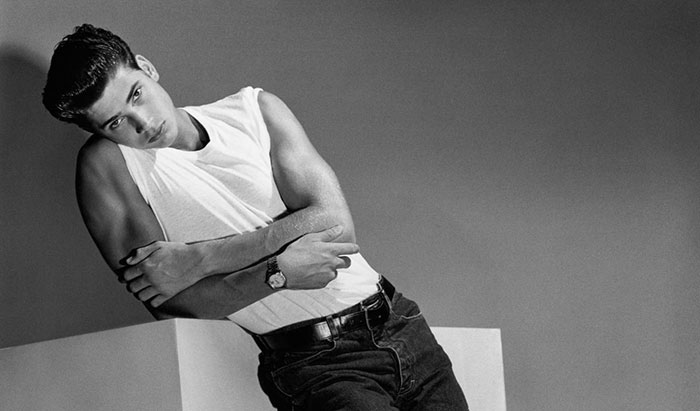 Sasha attended military school in New York where he played football and picked up boxing and weightlifting.

His first job was bagging groceries at Gelson’s supermarket and with his first paycheck he bought a weighlifting bench.

After military school, he started modeling, doing commercials and studied acting at the National Improvisational Theater in New York City in 1988.

Sasha Mitchell began working as an actor in 1986. In 1986 he had a role as Antonio in the TV movie Pleasures. Pleasures was a romance drama that starred Joanna Cassidy, Barry Bostwick, and Linda Purl. That same year he would appear as “Southie” on season five, episode four of the medical drama St. Elsewhere, titled “Brand New Bag.”

During this time, he would also work as a model for Calvin Klein blue jeans.

Dallas and Step By Step 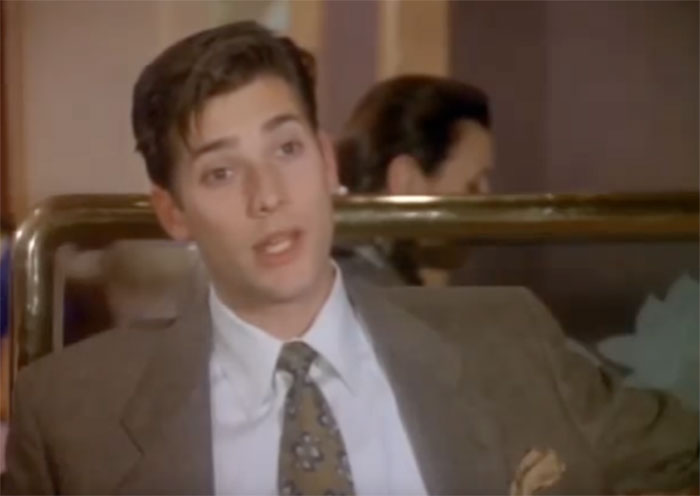 Sasha Mitchell is best known for two significant roles. His first major recurring role was on the drama Dallas as James Beaumont across 45 episodes from 1989 to 1991. He was a later addition to the iconic show, but it is not what he is best known for. This would also put him into contact with his future co-star and fictional uncle, Patrick Duffy.

Instead, he would be a primary player in the first five seasons of the sitcom Step By Step. 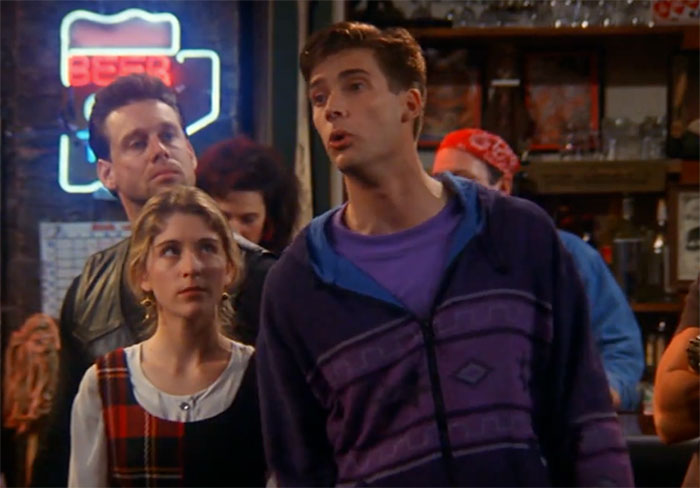 Sasha Mitchell played the nephew of Patrick Duffy’s character, Frank, on Step By Step. Mitchell’s character was named Cody Lambert, and he was a guest star in season one but would become a recurring character for a few seasons.

His character would convey hidden wisdom despite his stereotypical, doltish appearance.

Sasha Mitchell and Patrick Duffy had previously worked together on Dallas, where they played characters who had a very similar relationship.

This was a breakout role for Sasha Mitchell with 144 episodes in his credits, starting 1991. After leaving the show in season five, his final appearance was in the 1998 episode “We’re in the Money.” 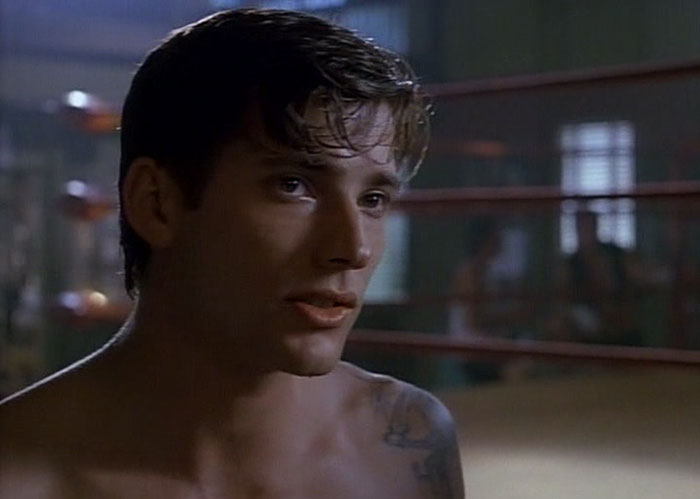 Sasha starred in the 1991 movie Kickboxer 2 as David Sloane. The character of David Sloane is the third brother of the characters of Kurt and Eric Sloane in the original Kickboxer (1989), initially played by Jean-Claude Van Damme and Dennis Alexio, respectively.

He would then reprise that role in the action franchise for Kickboxer 3 in 1992 and Kickboxer 4 in 1999.

What is his martial arts background?

Sasha started boxing as a teenager. He got deeper into martial arts when he was casted by Albert Pyun to be in Kickboxer 2.

For his part in Kickboxer 2, he trained with Benny “The Jet” Urquidez, a kickboxer and martial arts choreographer

Benny the Jet is a pioneer in American martial arts and has worked with martial arts stars worldwide, including Jackie Chan.

Sasha mention on a podcast that Benny the Jet and Shuki’s style of kickboxing differ. Shuki’s comes from a Dutch kickboxing style, whereas Benny is American style kickboxing. 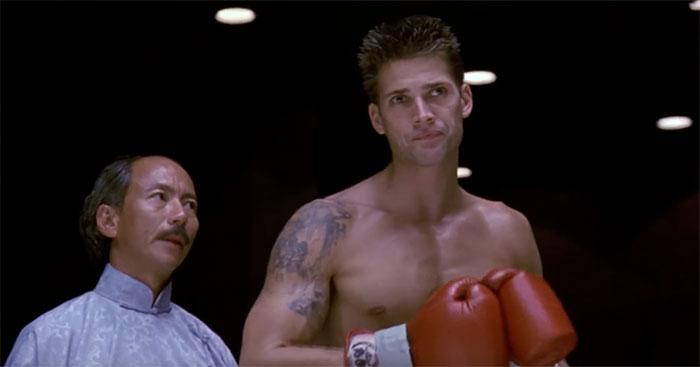 He is a strong advocate for martial arts as a tool against bullying. In a podcast, he says that martial arts makes you disciplined and gives you confidence in knowing that you can defend yourself should the situation arise.

He goes on to say that martial artists don’t have fear of a fight, so they’re not antagonistic and then they’re not rowdy, and they’re not the bullying type.

Whereas bullies act from a place of fear. When people are scared, they have to bluster and act tough.

He also says that learning martial gives you a greater respect for the people around you.

What did he do after Kickboxer?

Sasha Mitchell would find roles in shows such as JAG, ER, and NYPD Blue following Kickboxer. He would also make other movies, including appearing in the upcoming reboot series sequel The Kickboxer: Algiers.

What is Sasha Mitchell doing now? 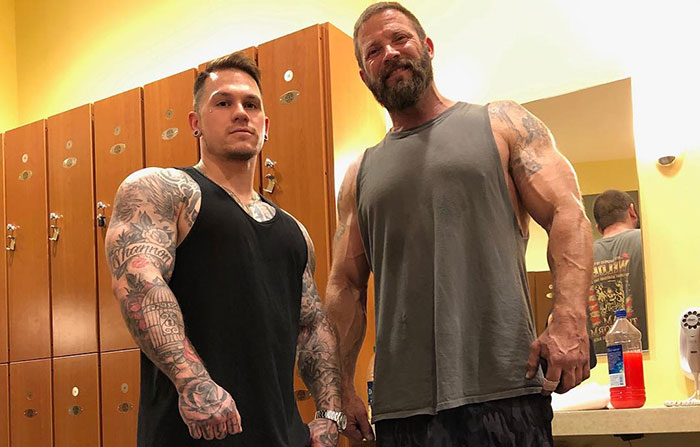 Sasha is still acting. He has recently appeared in movies like Drunk Parents, Anadellia Rises and Assassin X. He is also reuniting with Kickboxer 2 director, Albert Pyun, for another installment in the kickboxer series.

When he is not acting he is also a welder and has helped complete many construction projects in the Los Angles and Orange County areas.

He also had stints building email servers, networks, wireless networks and websites. He was also a cook at the farmer’s market restaurant on Fairfax in Los Angeles. 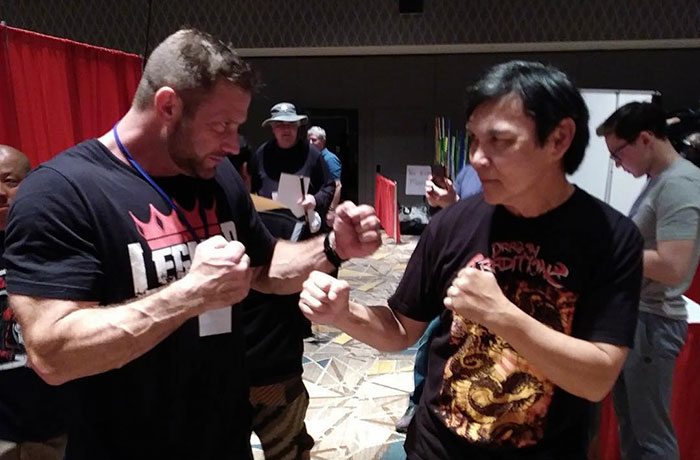 Sasha is active on the convention circuit, connecting with fans and fellow actors across the US.

He also spends a lot of time on his physical fitness, often showing his workout progress on social media. His other hobby includes building, collecting, and riding Harley Davidson motorcycles.

Sasha Mitchell has been married twice. His first marriage was to Jeanette Robins. The pair we on March 3, 1990, but would divorce in 1997. Part of the eventual divorce is attributed to a spousal abuse case which resulted in him spending time in jail.

However, fans later learned in a 2002 Entertainment Tonight interview that he was defending his four children from his wife, who had drug abuse problems.

His intervention resulted in him being sentenced to three-year probation in addition to community service and counseling classes. However, upon violating his probation by skipping a counseling class, he spent 30 days in jail. He ultimately would be granted full custody of his four children.

He would later marry Rachel, his second wife, in December of 2010. They have recently filed for divorce, however.

Does Sasha Mitchell have kids? 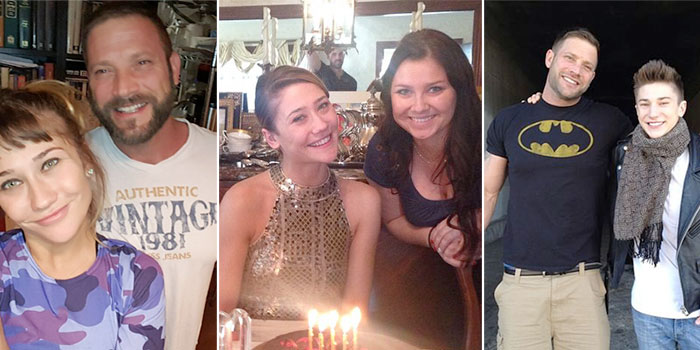 Sasha Mitchell has four children. He has three daughters named Stacy (born 1996), Caroline (born 1990), and Paulina Justine (born 1988). He also has a son named Ethan (born in 1997). He has full custody of the children after an incident with their mother, Jeanette.

He credits his kids for keeping him grounded in Hollywood. In a video he mentions that while working as an actor, he would drop off his kids in the morning and have a lady pick them up and drop them off at the studio after school. After shooting, they would go home and he would cook dinner.

Is Sasha Mitchell on social media?