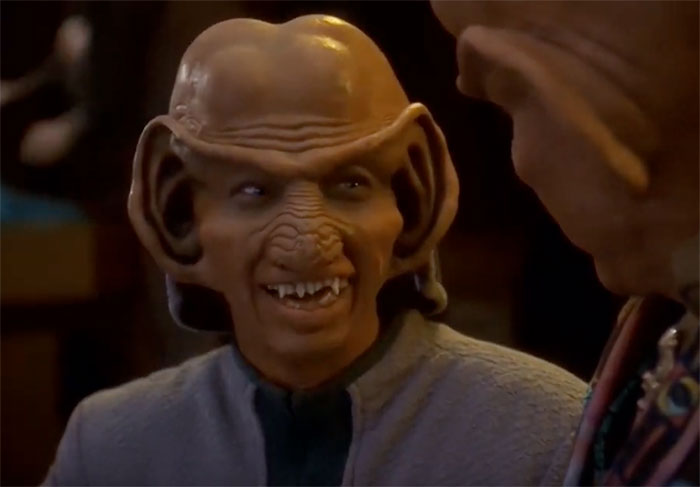 Max Grodénchik in an American actor that is best known for his role as ‘Rom’ on Star Trek: Deep Space Nine.

He was born in New York City, New York on November 12, 1952. He was also referred to as “Michael” Grodénchik during his time working in theater throughout the 1980s. Overall, Grodénchik is a well-known American film, stage, and television actor.

Before his rise to fame, Grodénchik was raised within a Jewish family in New York public housing. He has one brother, Barry Grodénchik , who eventually grew up to become a State Assemblyman. Both boys attended public schools in New York City. Max played baseball his entire life and was actually planning to become a full-time professional player before he focused on his acting career.

He got his start on the stage, appearing in shows ranging from regional theaters in Yale Rep to the Guthrie Theater, all the way to the Mark Taper Forum. Eventually, his appearances in theater productions led him to start his career on screen.

In 1981, he played the role of “Frankie” in the comedy “Chu Chu and the Philly Flash” with Carol Burnett and Alan Arkin. This then led him to other roles such as “Out”, and a few smaller roles in television shows. 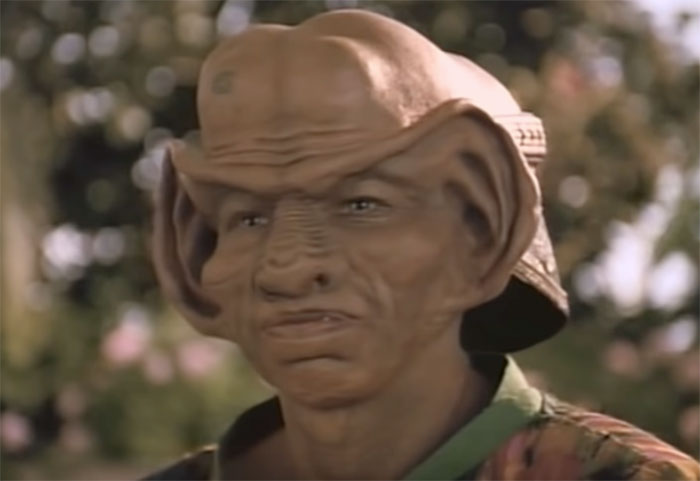 It wasn’t until 1990 when he landed his very small role in “Star Trek: The Next Generation” – appearing in only two episodes, playing a new Ferengi character for each one. He played the role of ‘Sovak’ in the episode ‘Captain’s Holiday’ and ‘Par Lenor’ in the episode ‘The Perfect Mate’.

Entering the world of Star Trek was the best possible opportunity he could come across, and his career was just now beginning. 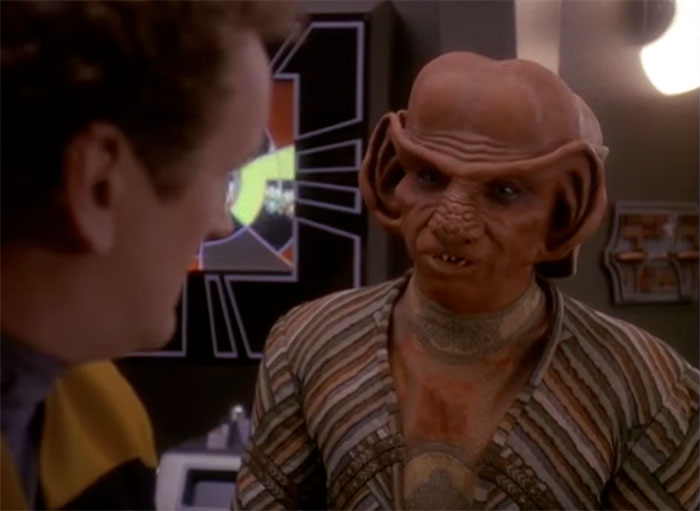 In 1993, Grodénchik was cast as the character Rom in “Star Trek: Deep Space Nine”. This particular TV series was on the air from 1993 – 1999, and although he didn’t make an appearance in every episode, he quickly became a fan favorite.

Fans have said that his portrayal of Rom was incredible. From his ability to control his voice and mannerisms to even his body movements– it is noted that Grodénchik played the part perfectly.

This is particularly difficult to achieve because of the amount of special effects makeup Grodénchik was required to wear. Despite the adversities he faced, he did an amazing job.

In one of the episodes, his character Rom played baseball but it was supposed to come across as if he was a horrible player. Well, Grodénchik and his previous career in baseball made this a bit difficult– so to make himself look inexperienced, he played with his left hand! 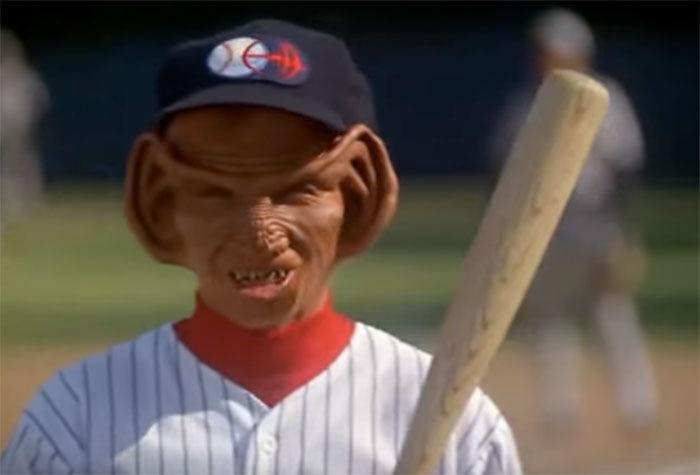 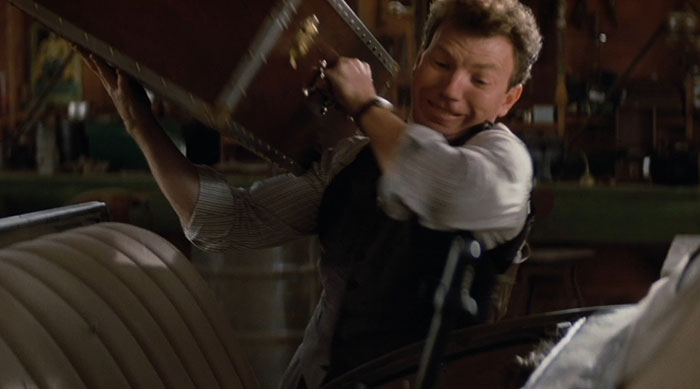 Max Grodénchik is known for more than just Star Trek. His face may be familiar to you because of the numerous side roles he played throughout his career. He has made an appearance on CSI, Hustle, and ER, to just name a few television shows.

In 1991, before he was involved with Star Trek, he had a small role playing as the character “Wilmer” in the popular movie “The Rocketeer”. Then in 1992, he played yet another small role in the movie “Sister Act”. 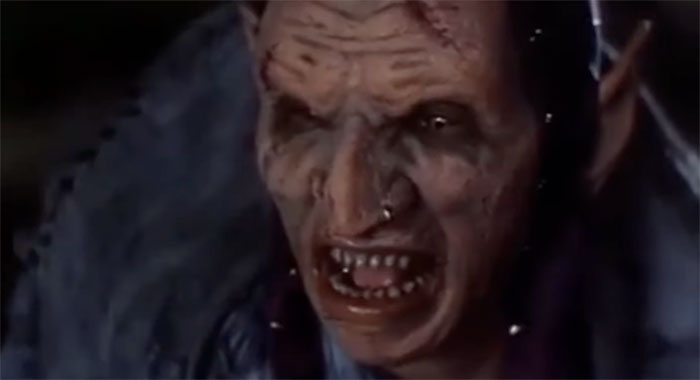 This gave Grodénchik another opportunity to showcase his acting skills while wearing special effects makeup. Critics have said that although the movie is unsettling and bizarre, Grodénchik puts on an incredible performance as the creepy little goblin.

Where is Max Grodénchik today? 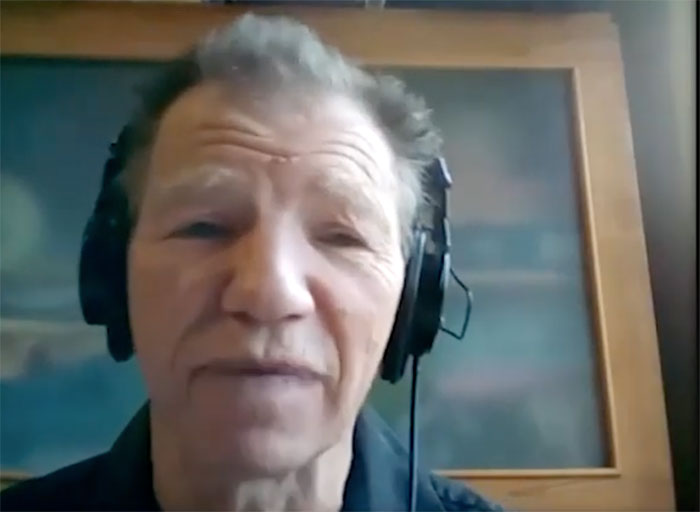 There is no doubt that Grodénchik has had quite a successful acting career, all thanks to Star Trek. His other roles are certainly of importance, but it is Star Trek that helped him build and maintain a huge following. Still to this day, there are people who are just now discovering the world of Star Trek, so his fan base grows little by little daily.

During his appearances at these conventions and cruises, you might be lucky enough to find Max serenade you as part of the Star Trek Rat Pack.

The Star Trek Rat Pack is a group that consists of the six best singers and musicians from the Star Trek universe. The members include Jeffrey Combs, Armin Shimerman, Max Grodenchik, Vaughn Armstrong and Casey Biggs.

Aside from Star Trek– Grodénchik , his wife, and his daughter all live in Upper Austria relatively close to the provincial capital. He has stated that because his wife’s family all live in the area, it is best for his daughter to be surrounded by that type of environment. This doesn’t stop him from his acting, though. He is still working on a few small roles in Austria and definitely plans on attending all Star Trek events for the remainder of his career.