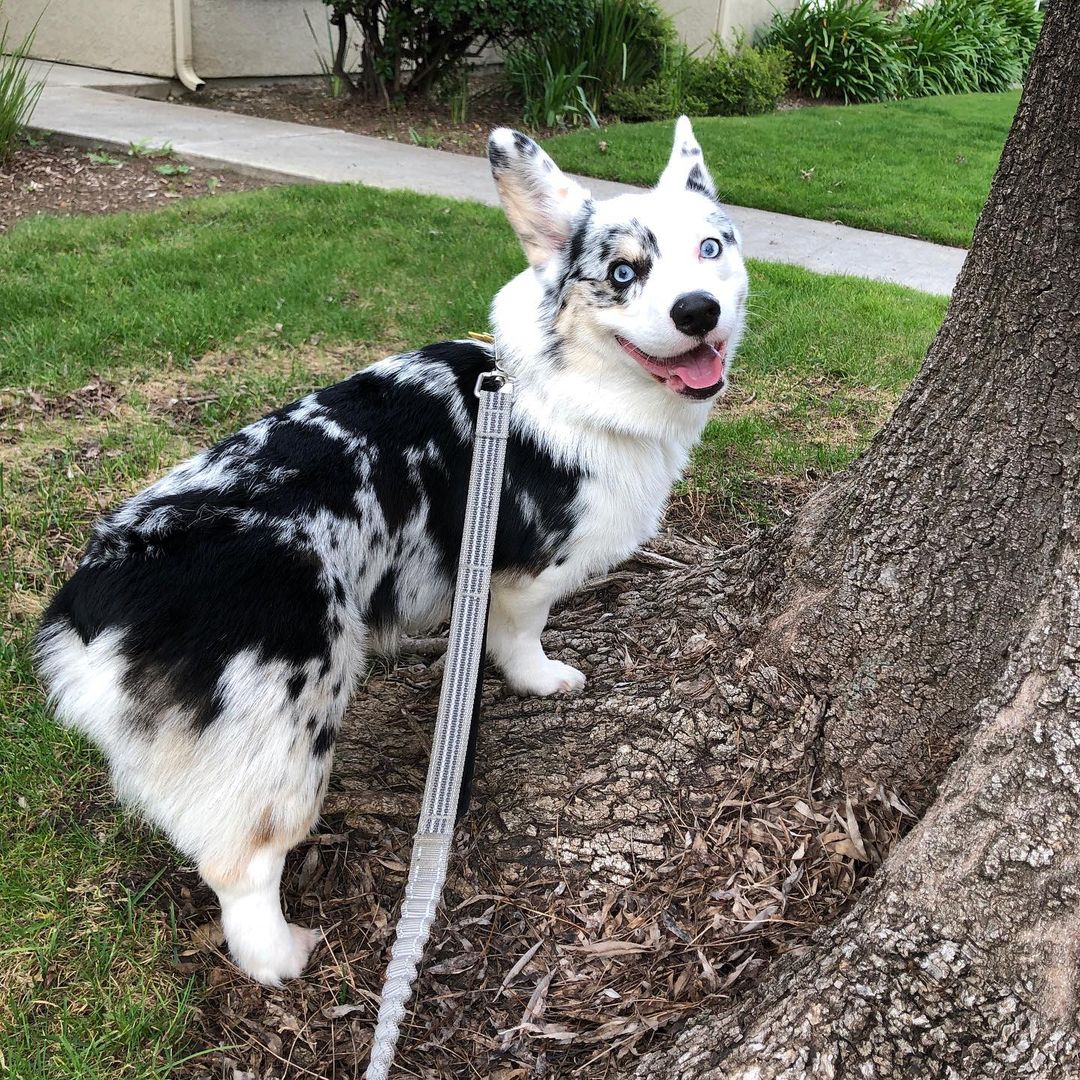 You don’t have to be a Corgi owner to recognize these beautiful herding pups. From their short legs and long torso, to their long hair and friendly personality, Corgis can make a long-lasting impression on anyone.

There are a few different types of the Corgi breed, and we’re here to tell you everything you need to know about one in particular. Below is an in-depth look at the Merle Corgi.

Corgis are a breed that is native to Wales. They are among the oldest of herding breeds in Wales and their name comes from the Welsh words “cor gi” which means dwarf dog. It was only until 1934 when the Welsh Corgi was considered to be a single breed. Now the breed is recognized in two separate categories – the Cardigan Corgi and the Pembroke Corgi.

Merle is a color pattern that’s inherited from a certain gene. Which can usually be found within the Cardigan Welsh Corgi breed not the Pembroke Corgi breed. Because while they appear on the surface to be the same breed, they are in fact two separate breeds.

It’s important to make note of the fact that Merle Corgis are only found in the Cardigan breed and not the Pembroke breed. If you found a Merle Pembroke Corgi, that means it’s a cross-breed, usually with a Cardigan Welsh Corgi.

2. Most of the time you’ll find Corgis wearing a blue Merle with a black and/or gray marble pattern.

This color pattern can also contain shades of tan or a very subtle red, and it’s usually accompanied by white flashings around the neck, chest, and legs.

Often misidentified as red and white, the rarest color corgi is sable. A sable colored corgi typically has darker color around the head, neck, chest, and legs vs. the white color that’s dominant in most.

4. How Much Do Merle Corgis Cost?

On average, you can find Merle Corgi puppies anywhere from $1000 all the way up to $5000. There are a number of factors that come into play when determining the price of these Corgis including location, shipping, breeding, and quantity.

5. How Do They Make Merle Corgis?

Merle Corgis aren’t made, they are bred. The way the Merle color occurs is when the dominant Merle gene is inherited, it essentially dilutes the other color pattern therefore becoming more dominant and apparent. Which is how you end up with the blue Merle color scheme.

While Merle Cardigan Welsh Corgis are purebred and are recognized by the AKC (American Kennel Club), Merle Pembroke Corgis are not. The reason for this is that the main difference between the two breeds is color.

After a study was conducted by canine genetics, it was determined that the Merle gene that is found in Cardigan Corgis is nonexistent in the Pembroke breed. Because of this, Merle Pembroke Corgis would be considered a cross-breed, not a purebred, and are not recognized by the CKC (Centennial Kennel Club). 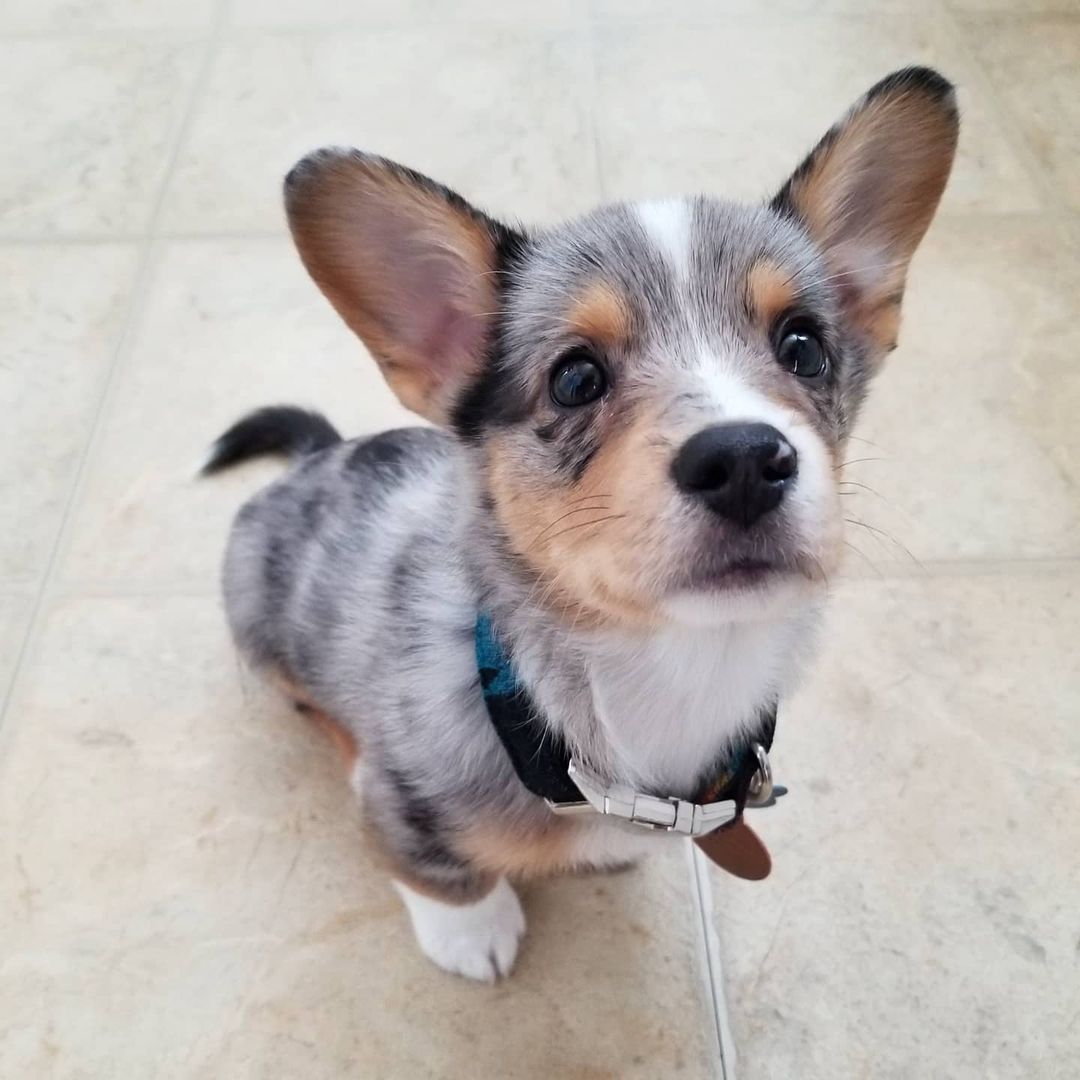 6. A double Merle otherwise known as a homozygous Merle, is a dog that inherited two (or double) Merle genes.

One from the mom and one from the dad. Each puppy in a Merle litter has a 25% chance of inheriting the two genes and becoming a double Merle.

Breeding two Merle Corgis can in some cases be considered dangerous because they are prone to experiencing abnormalities such as blindness as well as hearing impairments like severe deafness.

As we briefly mentioned above, Merle Corgis can be prone to eye abnormalities and hearing impairments. But they can also be prone to other health conditions such as spinal injuries, arthritis, epilepsy, and canine hip dysplasia.

Because of their small size, and because they are herding dogs, Corgis also require a lot of exercise to help them regulate their immune system. A vigorous play session or a daily walk is imperative to their overall health.

It has been known that Corgis with a Merle gene have experienced more health-related issues than corgis without it. So if you are considering a Merle corgi as your next pet, consider getting genetic testing done before you decide to purchase.

7. It is ethical to purchase a Merle corgi, however you need to be sure that you’re purchasing from an ethical breeder.

And that you factor in costs to get genetic testing done before you purchase. This can save you a lot of time and money in the future since they are prone to certain medical conditions.

While there are some breeders who are reputable, it’s important to take your time and look for the right one. In recent years, breeding dogs with a Merle coat have become more and more popular. Which means, it’s more likely to come across a scam or someone trying to make a quick buck.

When searching for a Merle Corgi, it’s very important to find a breeder who is willing to take the time to breed quality dogs with good genetics. Instead of breeders who are looking to breed dogs for the perfect color as fast as possible.

Some red flags to consider are puppy mills and online scams. If you’re considering a Merle Corgi for your next pet, try using the Cardigan Welsh Corgi Club of America breeder directory site – here you may be able to get in contact with more breeders in your area who may be local affiliates.

Though they are a rare breed, Merle Corgis can make great pets for anyone who is willing to dedicate the time and energy into finding one and consider the proper genetic testing. With proper care and a loving family these pups can live a happy life with a lifespan of around 13 years.