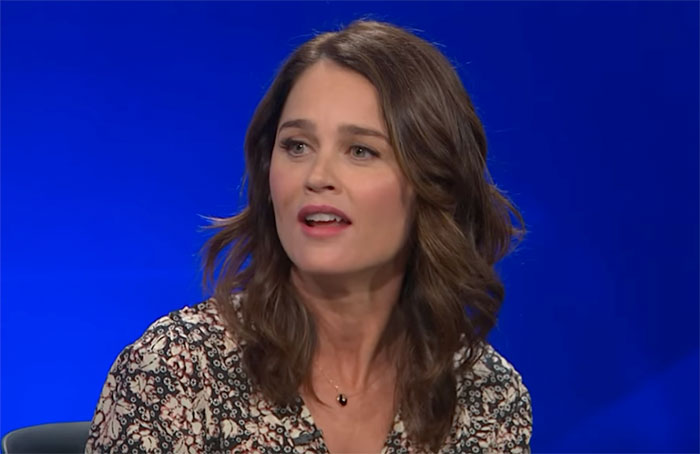 This 5’ 4” (1.63 m) actress was born to Cathy Tunney and Patrick Tunney, Sr. Cathy Tunney was a bartender while Patrick was a car salesman. She was raised Catholic and is of Irish descent. She attended Saint Ignatius College Prep in Chicago and the Chicago Academy for the Arts.

She grew up with actress Laura Flynn Boyle as they attended the same high school. She is also friends with Liz Phair. Robin Tunney also had a passion for basketball, but a severe knee injury in freshman year derailed that dream as she required reconstructive surgery. She also has the dual US and Irish citizenship.

How did Robin Tunney get her start? 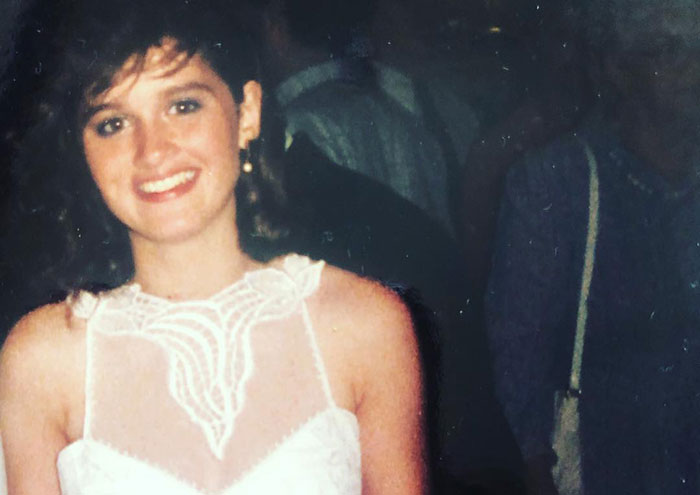 Robin Tunney’s career began upon her move to Los Angeles, California, in the early 1990s. Her first credited role was as Brooke in the CBS Schoolbreak Special, “But He Loves Me,” in 1991. She would make some other minor appearances from 1991 to 1992, eventually landing the role of Ella in Encino Man along with Brendan Fraser, Sean Astin, and Pauly Shore.

She would receive critical acclaim in the Bob Gosse drama Niagra, Niagra in 1997. In that film, she played the character Marcy opposite Henry Thomas’ Seth. Her character was a young woman dealing with Tourette’s syndrome.

She would follow this with roles in two television series. The first was Class of ‘96 as Linda Miller. The show ran for one season in 1993. The second series would be Cutters in 1993. In that medical drama, she would play Deborah Hart. Both were single-season shows.

What is Robin Tunney known for? 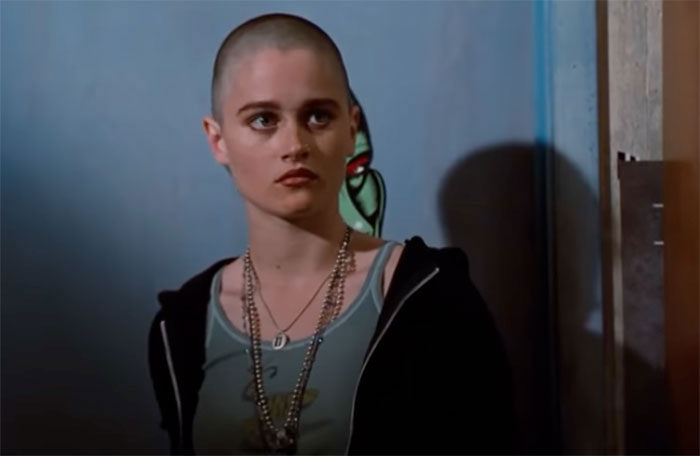 Around 1995 Tunney’s career would receive a significant jump with her appearance in the 1995 film Empire Records. The film followed a day in the life of several employees at a record store. The film feature Anthony LaPaglia, Debi Mazar, Renée Zellweger, and Liv Tyler. Deb, Tunney’s character, was a suicide attempt survivor who shaves her head in the film. 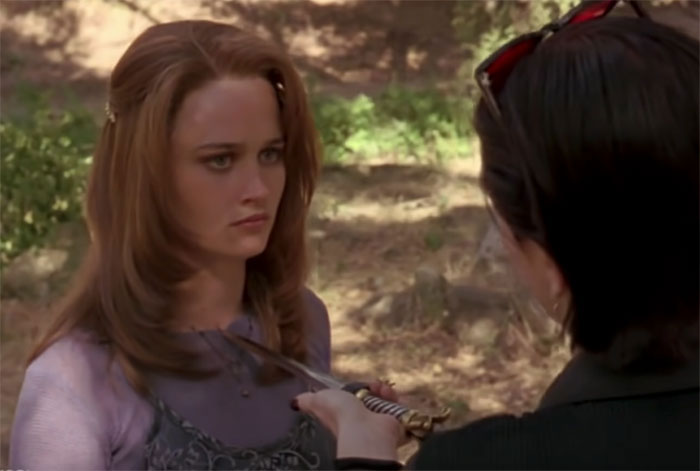 She would follow that up with the cult classic teen witchcraft drama The Craft in 1996. Tunney would star in the film alongside Fairuza Balk, Neve Campbell, and Rachel True. Robin Tunney played Sarah, the new girl who becomes involved with a group of teenage witches.

She would continue to steadily appear in movies throughout the 1990s and into the 2000s, appearing in films just as End of Days in 1999 and Hollywoodland in 2006.

On the TV side of Robin Tunney’s career, she might best be known for a memorable appearance in Law & Order and two other major television series. In Law & Order, she played Jill Templeton in the 1994 episode “Mayhem.” In the mid-2000s, she would land a vital role in a famous action drama on Fox, Prison Break. She would appear in 23 episodes of the show from 2005 to 2006 as Victorian Donovan. 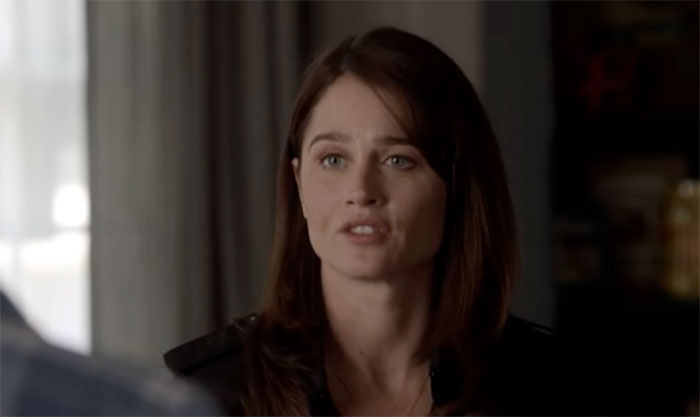 A couple of years later, she would make 151 appearances on the crime drama The Mentalist, co-starring with Simon Paker. Robin Tunney would play Teresa Lisbon for the show’s duration from 2008 to 2015.

Robin Tunney is still acting today, recently starring in the short-lived series The Fix in 2019 and the movie Horse Girl in 2020. She is also known to play in Poker tournaments, having placed second after Jason Alexander in one 2006 tournament, earning $200,000 for her chosen charity, The Children’s Health Fund. 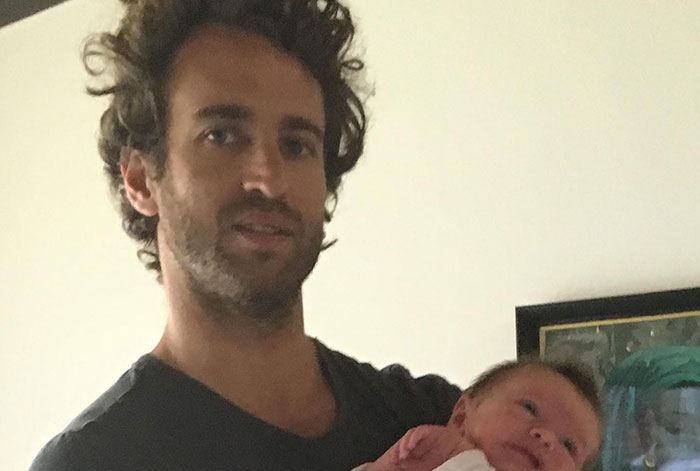 Tunney has been married once and engaged twice since that first marriage. Her first marriage was to producer and director Bob Gosse in October of 1997. The marriage would end in divorce in January of 2006.

She would be engaged to Australian writer and director Andrew Dominik from 2009 to 2010 for a very brief time.

Since then she got engaged to interior designer Nicky Marmet in December 2012 while on vacation in Rio de Janeiro. They have not married yet. 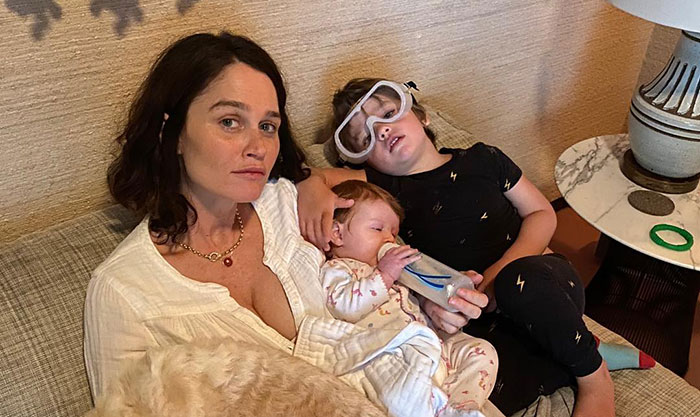 Robin Tunney and Nicky Marmet have had two children together, son Oscar Holly Marmet (b. June 26, 2016) and daughter Colette Kathleen Marmet (b. January 8, 2020). Robin Tunney had her first child, Oscar, at 44. 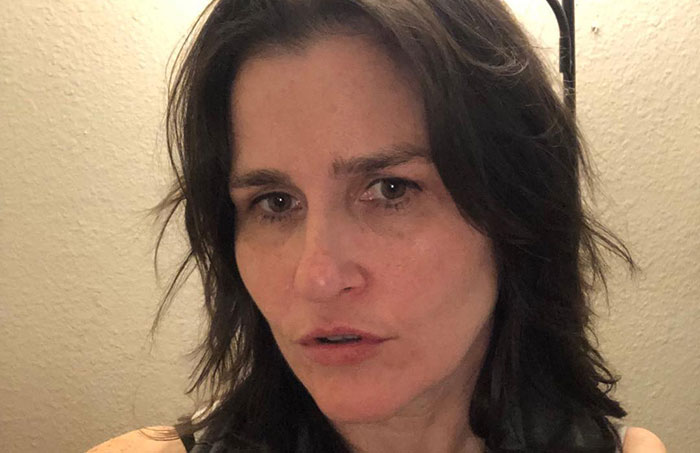 Robin Tunney has two siblings. Susan Tunney is an independent singer, songwriter, and musician who leads the band Susan & The Family. Susan Tunney can be found on Twitter, Instagram, and Soundcloud.

Her brother, Patrick Tunney, Jr., is a little more private and hard to find information about.

The date of birth of her siblings is not common knowledge as they have not been mentioned in any interviews or public sources of information about her family. Robin is the most public figure in the family, but even then, she has kept things quiet for the past couple of years.