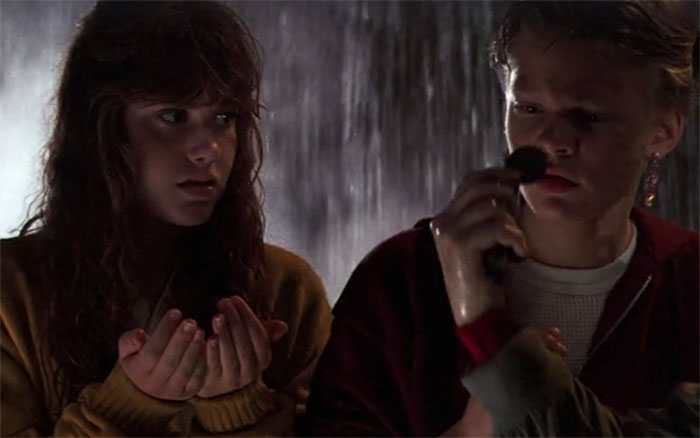 Kerri Green was born on January 14, 1967 in Fort Lee, New Jersey. She grew up with her younger sister in Woodcliff Lake, while her father worked for Chemical Bank.

Green was drawn to acting as early as junior high school, where she noticed that the on-stage talent there seemed to really be enjoying themselves. She would join in on the fun herself, landing roles in various middle school plays.

Through a connection her mother had, she was put in touch with a manager who would cast young actors and actresses in TV commercials. She did have a couple of appearances, namely in a Jordach jeans commercial.

While attending Pascack High School, Green maintained a love for acting, but admittedly didn’t pursue it as much as she should have.

She dabbled in cheerleading for a couple of years, but ultimately recaptured her passion for being on stage with renewed energy and effort. Green would prepare for auditions more seriously from that point forward. 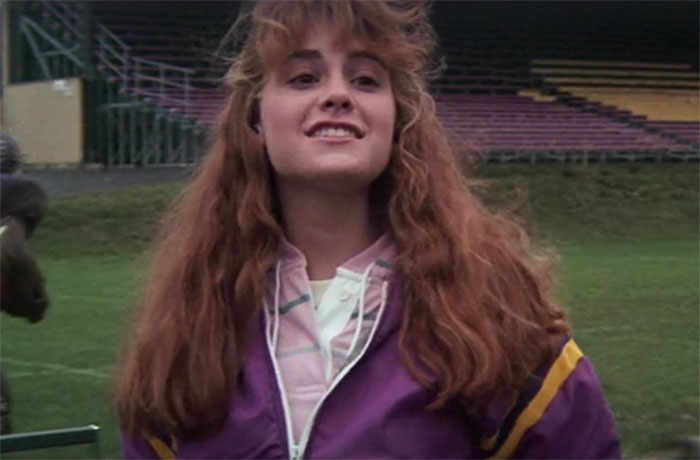 It is often said that luck favors the most prepared people, and Green’s revitalized enthusiasm for acting paid off in a monumental way just after the conclusion of her high school days. She decided to forgo summer camp that year in order to obtain a side job at Roy Rogers, so she could help fund her acting pursuits.

She got the break of a lifetime at an audition in New York City, where legendary director Steven Spielberg took notice of Green. He decided to let her try out for the role of Andrea Carmichael in his new movie, The Goonies. 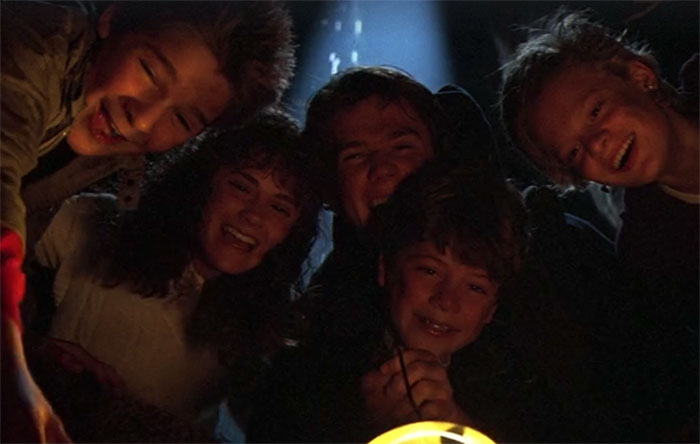 The start of an acting career could not have been drawn up any better for Green, who together with Sean Astin, Josh Brolin, Jeff Cohen and Corey Feldman, ended up being revered by children across the United States.

The kids in the movie stumbled on an ancient map and embarked on the journey of a lifetime to find lost treasure.

Since she was still a young girl, Green would be accompanied to the set by her mother. The Goonies was filmed in Oregon, and then transitioned to a studio in Burbank, California. She was thankful to have a familiar face by her side while she started a new chapter of her life three thousand miles away from home. 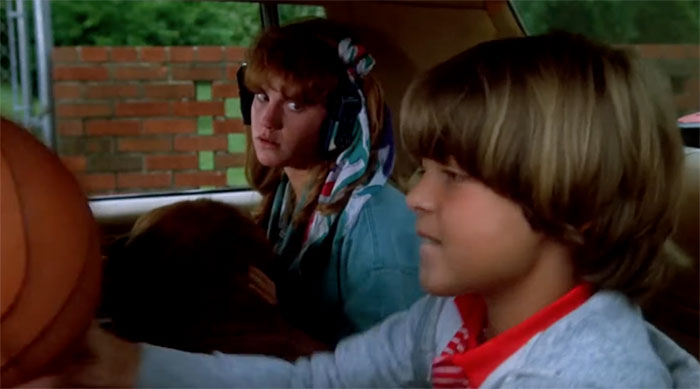 When it rains it pours, and that was certainly the case for Green once her acting career began. Also released in 1985, Summer Rental was about an air-traffic controller(played by John Candy) who took his family on a beach vacation that turns into a calamity.

Kerri Green played one of Candy’s daughters in the film, Jennifer Chester. Her brother in the film was played by 1990’s child star, Joey Lawrence. 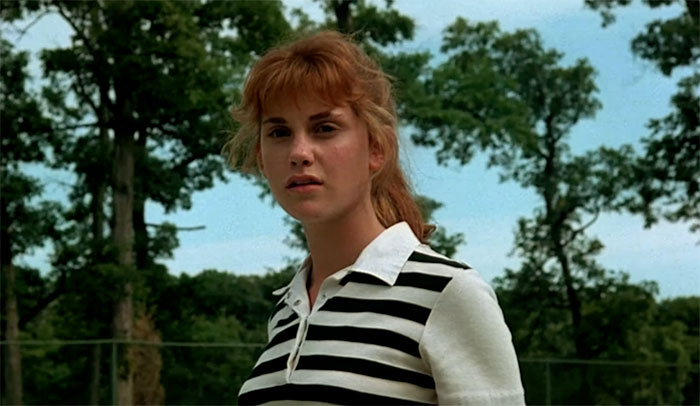 The very next year, Kerri Green would be involved in another movie, this time with Charlie Sheen and Winona Ryder. “Lucas” was about a boy in high school who had all the brains but none of the stereotypical social skills needed to get by.

Green played a girl named Maggie, who Lucas(played by Corey Haim) would ultimately have a crush on. Sheen and Ryder played Cappie and Rina, who were friends of Lucas and Maggie.

After the triumvirate of notable 1980’s movies that kicked off her career, Green mostly would pop into sporadic roles various television series for the remainder of the decade and in the early 1990’s.

The actress appeared as Karen Sevrance in the series “In The Heat Of The Night”, and as Stacey in “Mad About You,” among other roles.

Her last screen credit was for the 2012 movie ‘Complacent’. She played the part of Beth Wilkensen in a movie about suburban life and the many complications within it.

Accomplishments Behind The Camera

Since her acting career, Green has focused on giving other women a chance to showcase their talents in the industry.

She co-founded Independent Women Artists in 1996 alongside Bonnie Dickens. Green has also directed an indie film called Bellyfruit, released in 1999.

It was a movie about three girls going through various challenges growing up in Los Angeles, including but not limited to pregnancy, poverty and drugs.

What is Kerri Green doing now? 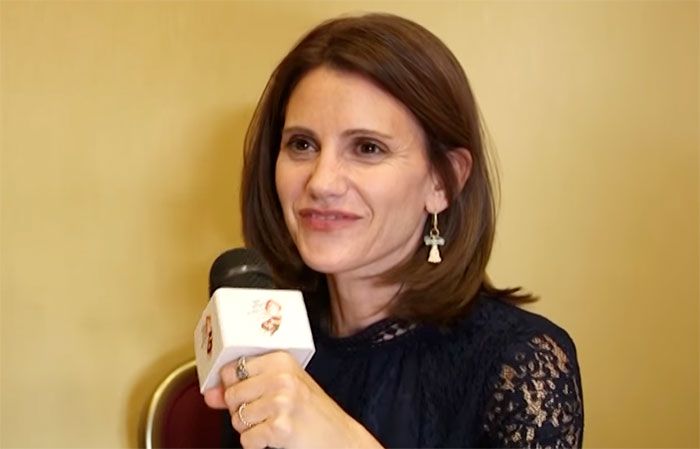 While there are not many updates about her professional endeavors, it is understood that she has continued to write and direct.

She has appeared in a few fan convnetions in recent years. In 2017 she appeared at the NJ Horror Con and Film Festival, where she reunited with Goonies castmate Sean Astin. 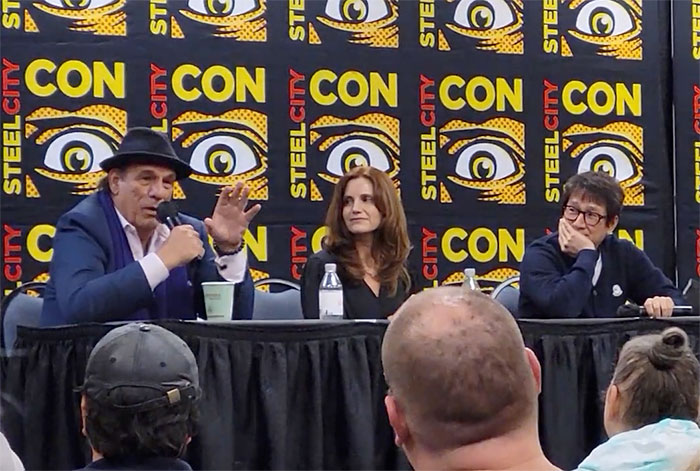 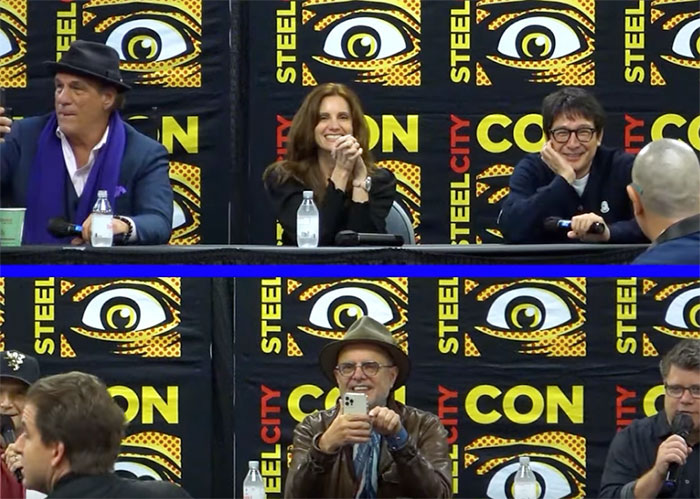 Kerri Green is married, and has two children. The details of her husband and her kids are not known as Kerri likes to keep a low profile on her personal life.