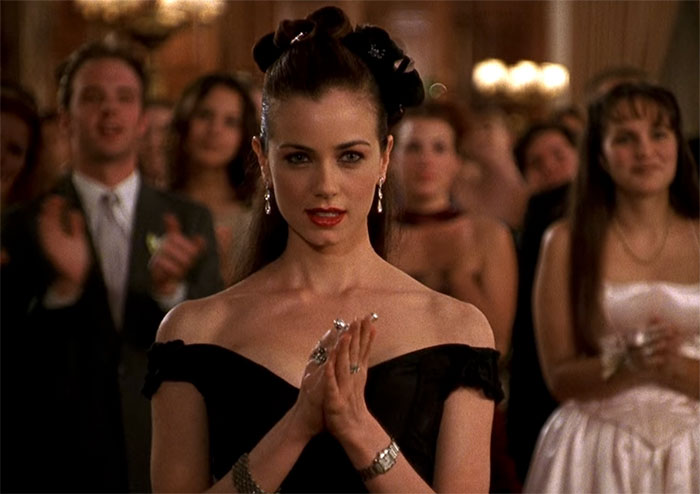 Mia Kirshner is a Canadian actress, writer, and social activist born on January 25th, 1975, in Toronto, Ontario. Mia Kirshner has been active in her career since 1989.

Mia Kirshner has a younger sister named Lauren, a writer, and is also involved with one of Mia’s activist causes. Mia and Lauren grew up with a middle-class upbringing.

Mia Kirshner is of Bulgarian Jewish and Polish Jewish descent.

How did she start her career? 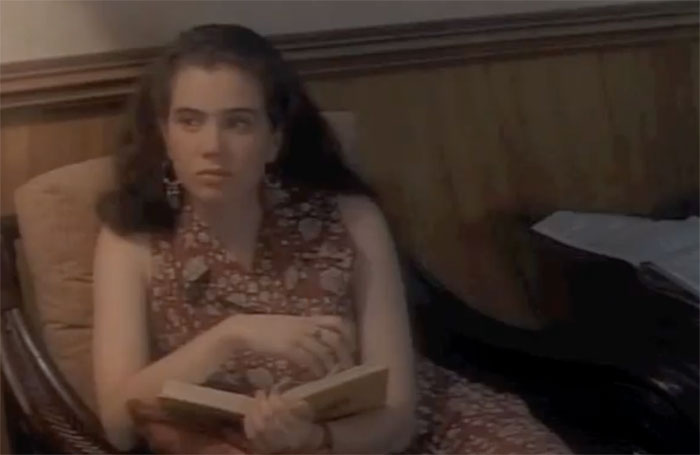 Mia Kirshner began her career in 1989 on the television show War of the Worlds in the episode “Loving the Alien,” playing a resistance fighter and her duplicate. She would continue to make television appearances, such as a recurring role as Sophie Metternich in Dracula: The Series from 1990 to 1991. Kirshner would appear in 21 episodes. She would also appear in the iconic Nickelodeon horror anthology series Are You Afraid of the Dark? Titled “The Tale of the Hungry Hounds.”

What projects is she best known for?

Mia Kirshner is known for an extensive collection of notable work in television and film. 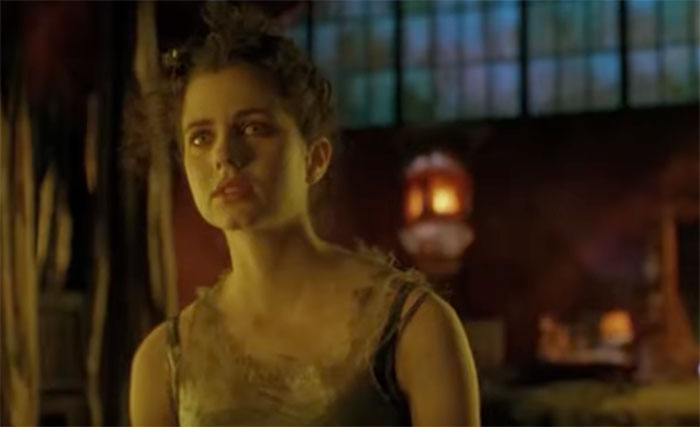 In 1996 she would play the character of Sara in The Crow: City of Angels. She would play opposite Vincent Perez in this dark action thriller directed by Tim Pope.

In 2001 she would be cast in Joe Gallen’s high school parody film Not Another Teen Movie. She would play the character of Catherine Wyler, the lewd and incestous sister of Jake, who was portrayed by Chris Evans. 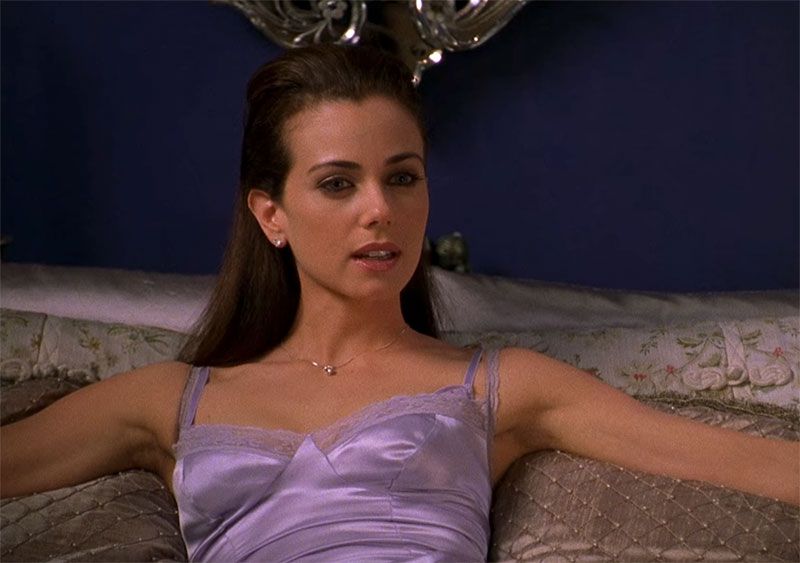 She would later be cast as Elizabeth Short, the infamous Black Dahlia victim in the crime drama The Black Dahlia, directed by Brian De Palma. The film starred Josh Hartnett, Aaron Eckhart, and Scarlett Johanson, but Mia Kirshner’s role would be pivotal to the film. 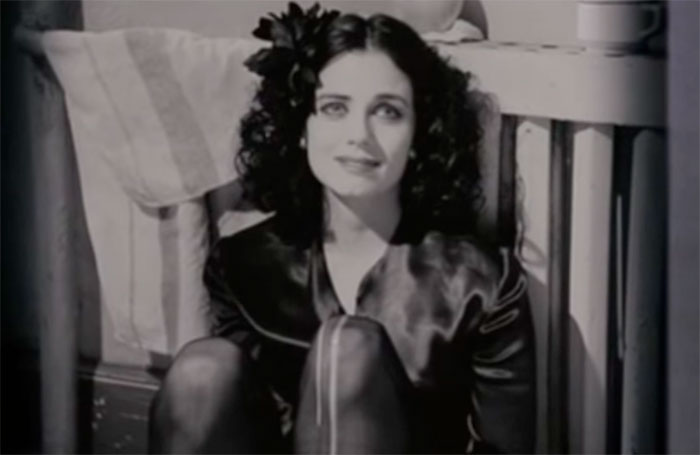 Mia Kirshner would land several high-profile projects on the television side of her career. One of the first would be Wolf Lake, a horror series about werewolves. She would play the character of Ruby Cates across nine episodes as the show only ran for one season.

She would take on a small role in 24 across three seasons of the action thriller as the character of Mandy.

She would also have an important role from 2010 to 2011 in the vampire soap opera The Vampire Diaries as Isobel Flemming. 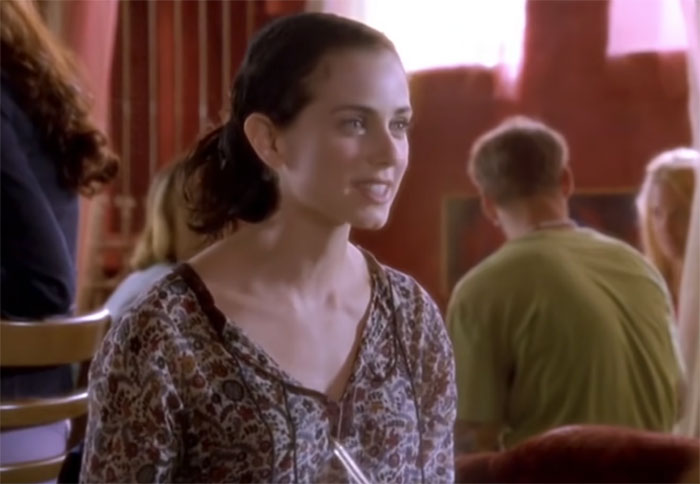 Her most significant television roles, however, include The L Word. She would play the character of Jenny Schecter across 70 episodes of the show, which ran from 2005 to 2009.

This romance drama was a major series and remained one of her most significant roles. The series would be rebooted as The L Word: Generation Q, which revealed something about the tragic end for her character that she felt was a disservice to the work done by the character of Jenny Schecter. 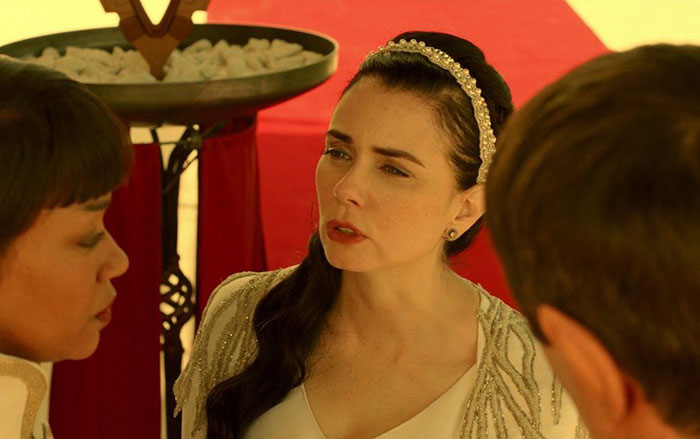 Though Mia Kirshner played roles in many horror series, she also has embraced science fiction. She was a crucial character in the sci-fi drama Defiance across 15 episodes from 2013 to 2014. She would also take on the critical role of Spock’s mother, Amanda Grayson, in Star Trek: Discovery from 2017 to 2019. 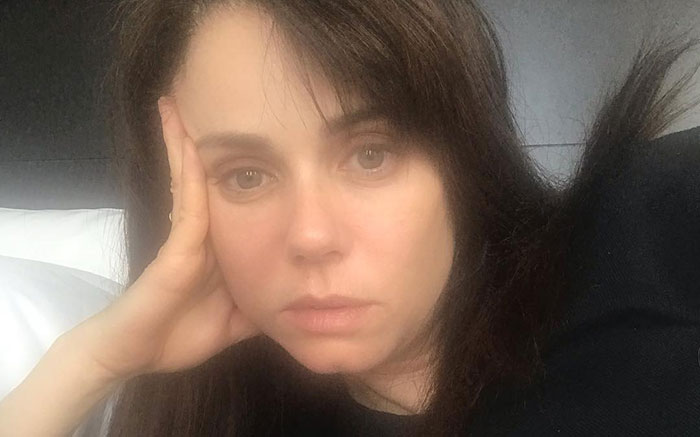 Mia Kirshner is still acting today. She is also an author who achieved critical acclaim with her 2007 book I Live Here. The book, a documentary about refugees and displaced women, would be the origin of The I Live Here Project. The foundation seeks to explore the stories of marginalized populations who were failed by their systems. The book continues to do meaningful work as a teaching tool for organizations and colleges. 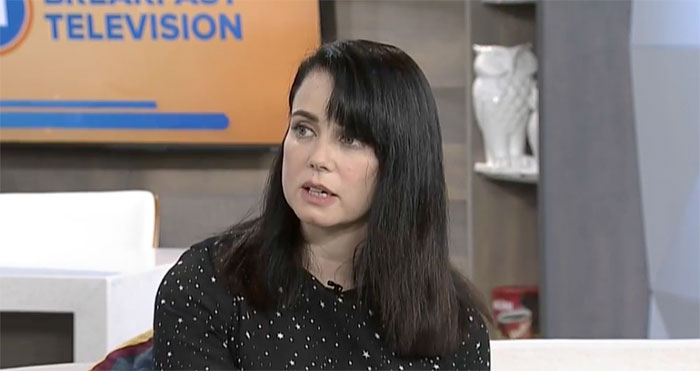 Mia Kirshner is also a vital member of the #AfterMeToo movement and symposium. The #MeToo movement was a trend that encouraged women to come forward about abuse and mistreatment they had suffered under predatory men in various industries. #AfterMeToo is an organization that deals explicitly with sexual harassment in the Canadian performing arts sector. The impetus for her work comes from the more significant #MeToo movement and her coming to reveal her history as a victim of sexual assault.

Mia Kirschner seems to work hard for her causes and career and is an inspiration to many women.

Mia Kirshner is not married currently, and there is no indication she is seeing anyone as of June 2022. She has a known dating history, but it seems she is not presently married, nor has she been engaged.

Her most recent relationship was with actor and playwright Sam Shepard which seemed to span from 2014 to 2015. Since then, she has not been known to date anyone else.

Sam Shepard was an actor, playwright, author, screenwriter, and director born on November 5, 1943, and passed away on July 27th, 2017. While his collection of published work is quite extensive, Sam Shepard may be most memorable as an actor for playing pilot Chuck Yeager in the 1983 historical drama The Right Stuff.

Mia Kirshner was rumored to have been pregnant in early 2022, but the rumors seem to be false as of June 2022. Mia Kirshner has not stated publicly if she has had children. More than likely, Mia Kirshner does not have kids.

Is Mia Kirshner on social media?