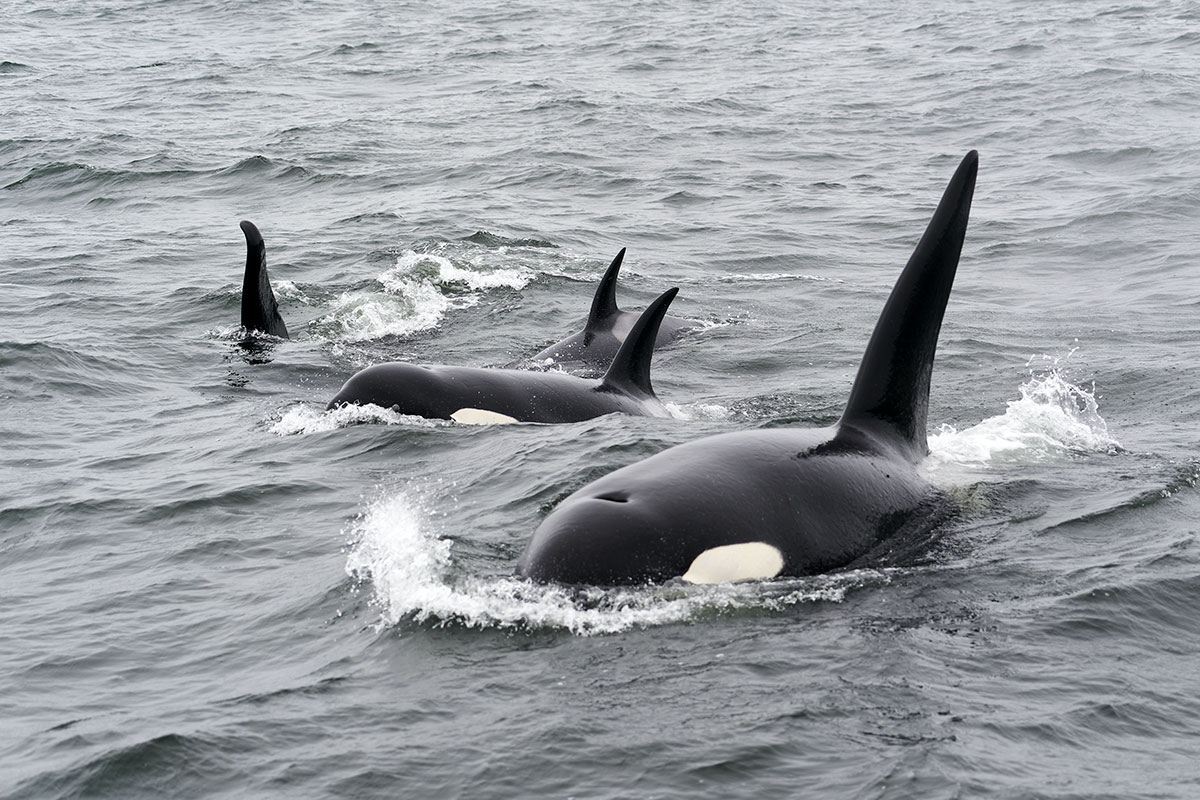 Commonly known as killer whales, are orcas really as evil as they sound?

This monochromatic marine mammal has been rumored to play with its lunch: innocent, giggling dolphins. But! Everything isn’t as it seems.

First and foremost, a correction needs to be made. Orcas are not whales, despite their pseudonym. They’re dolphins. One guess is that they used to be called “killers of whales,” which got shortened to “killer whales,” and the misnomer stuck.

When we consider their diet, eating dolphins technically means they’re eating members of their own. If it’s true.

Transient pods have been known to take down a dolphin every now and again, but they’re not a regular food source.

Dolphins are very fast swimmers and not worth the orca’s time to catch when there are so many other viable food sources.

If an orca does manage to catch up to one, it’ll ram the dolphin in an attempt to stun it and gain the advantage.

The orca’s technique for attack is chasing its prey to exhaustion. It can usually outswim the young or the weak and catch them once they’ve given up. Dolphins give them a run for their money.

The killer whale’s Latin name, Orcinus orca, translates to “belonging to Orcus.” Orcus was the Roman god of the underworld, providing another reasonable translation: “of the kingdom of the dead.”

Makes sense, given orcas’ undisputed power at the top of the food chain. This position is maintained by their impressive speed. The have been recorded to swim as fast as 33 mph – at most. On average, they go slower.

Dolphins rival orcas at an average of 27 mph, proving to be a formidable racing opponent.

Orcas are the only predators of white-sided dolphins in the northern Pacific, but not all of them.

In 2019 a group of researchers observing dolphins at play noticed a large pod of orcas hanging out dangerously close.

At first confused by this seemingly blasé attitude of the dolphins, researchers realized that the pod was made up of southern resident killer whales (SRKW).

This species of orcas do not eat dolphins. Transient killer whales (TKW) are the real threat. To the human eye, the two are almost identical. How did the dolphins know?

Scientists aren’t 100% sure. SRKWs are known to be chattier than TKWs; perhaps their gregarious behavior drew the dolphins in to safe territory.

In fact, scientists have seen dolphins purposefully swim up to SRKWs and play about them for days on end.

One hypothesis is that the dolphins knowingly behave this way to avoid their enemy: the two types of orca whales actively avoid each other. By hanging out with SRKWs, the dolphins could be safe from TKWs. We don’t know if this is actually the dolphin’s conscious plan, though.

Dolphins are lucky to have few predators. Their size and speed make them unlikely to be caught by lesser carnivores.

Its most likely predators are different species of sharks who tend to aim for the slower, weaker calves.

What are the biggest threats to Dolphins?

Arguably the biggest threat to dolphins are humans. In some places dolphin meat is a delicacy. In others, they’re bycatch: unintentional casualties while netting other fish. In general, boats and pollution can cause harm and injury, even death.

Aside from dolphins, orcas eat a wide variety of sea life. Resident pods go for herring, salmon, stingrays – even sharks are usual prey, from threshers to hammerheads to basking sharks.

There are records of them attacking great whites, which isn’t too surprising since they are almost twice as big and twice as heavy as the shark.

In terms of vertebrates, transient orcas have been known to eat 32 different types of cetacea, the infraorder that includes dolphins, porpoises, and whales – their closest kin.

They are also known to eat sea lions, seals, and walruses. Rare instances have them consuming cormorants, gulls, sea otters, and even deer wading between coastal islands.

Killer whales seem to be the teenage boy of the ocean – eating anything they can get their fins on. Their nickname is slightly unfair. Comfortably at the top of their food chain, orcas are evidently powerful and use some shocking techniques to paralyze and consume their prey.