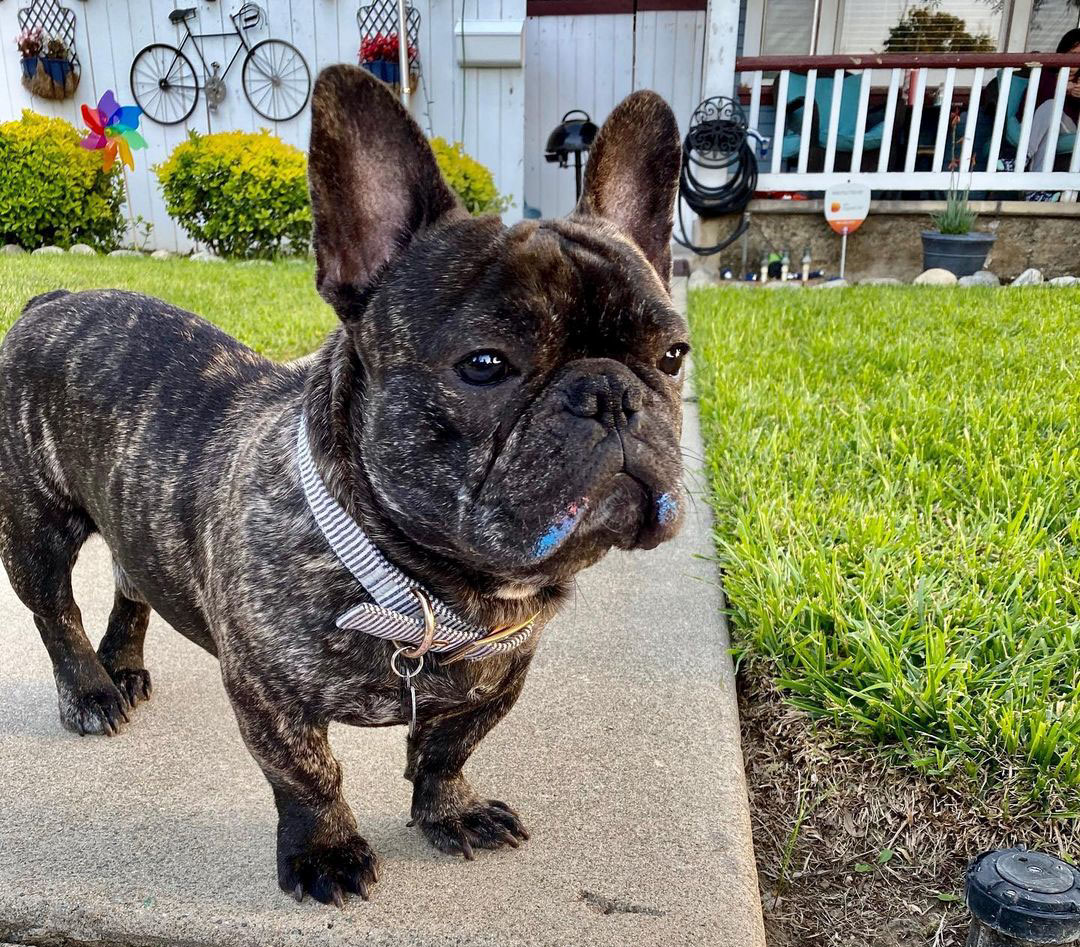 Brindle French Bulldogs one of the world’s most charming pooches. With their small bodies, big ears, and singing personalities they’re sure to make a great pet for you and your family. But before you jump the gun, there are some things you should know about this breed that will help you make the right decision on whether this is the right pup for you.

What Is a Brindle French Bulldog?

A Brindle French bulldog is a rare breed with more captivating colors and patterns than a regular bulldog. If you’ve never seen one before, they are often dark with a mixture of lighter hair in various color patterns. Since brindle is a pattern and not a color they are in essence a patterned breed.

These patterns are determined by their genes. And while several genes contribute to the brindle color, the K-Locus gene is mainly responsible.

Brindle French Bulldogs are purebred, and they are recognized by the AKC (American Kennel Club). According to the AKC, acceptable colors include fawn, white, brindle, and brindle and white.

How Much Does a Brindle French Bulldog Cost?

The average cost of a Brindle French Bulldog is around $2,000. But they can range anywhere from $1,500 all the way up to $8,000 depending on the uniqueness of the breed. The reason they are on the more expensive side is that French Bulldogs are often difficult to breed.

Because of their small body and shape, it’s difficult for French Bulldogs to have natural births. So pups are delivered via C-Section. Which adds to the expenses. 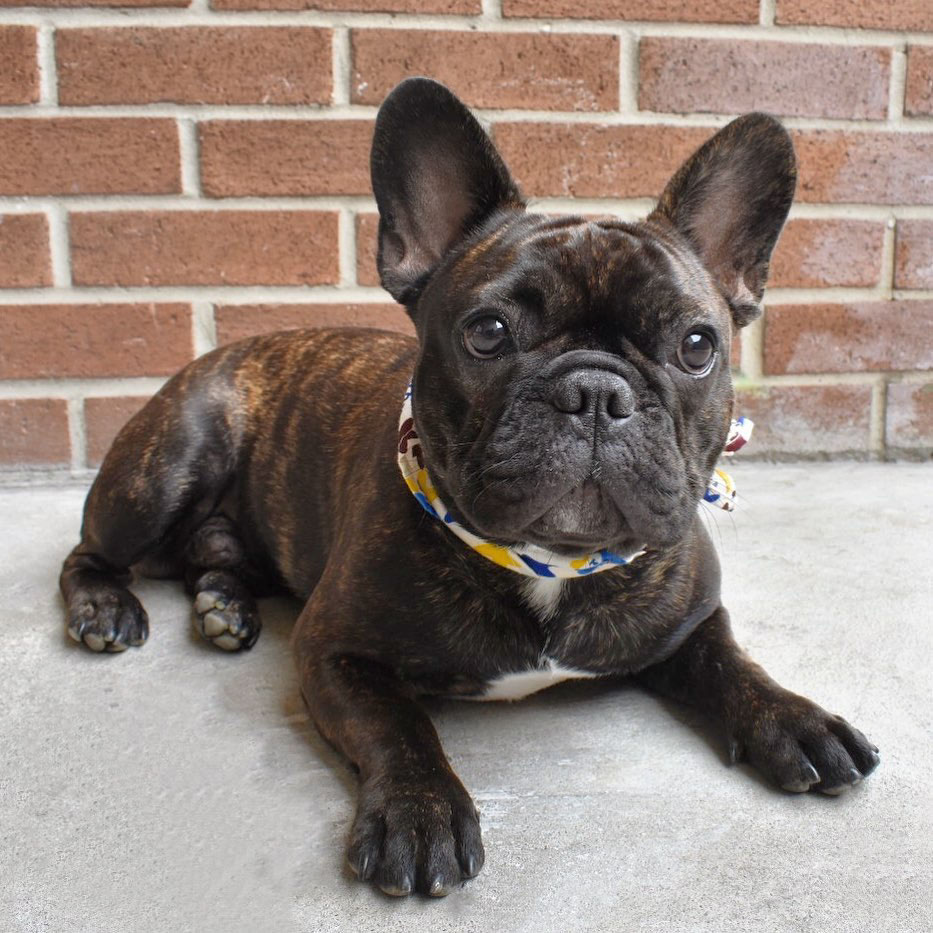 How Can I Find One?

If you’re looking for a Bridle French Bulldog, the most common way to purchase one would be through a breeder. But there’s also the option of looking for one at a shelter or a rescue.

What Are Some Things I Should Look For When Adopting/Purchasing A Brindle French Bulldog?

Because Brindle French Bulldogs are so rare, you should do your research and consider all of your options before you purchase one. Breeders have to be careful when delivering these pups because of the common health-related issues that comes with them as well as common delivery problems that come with C-sections.

You want to be weary of any breeder looking to make a quick buck and get rid of their puppies as soon as possible. And don’t be afraid to ask a vet to come check on the puppy before you decide to purchase.

The AKC Breeder of Merit program, is a wonderful place to search for a breeder. Breeders within the program have been recognizes as being formal and precise when screening and breeding their pups.

(Related: Teacup French Bulldogs – 13 Things You Should Know Before Buying or Adopting)

On average, Brindle French Bulldogs typically live anywhere from 10-14 years. But a 2004 study done by BKC (British Kennel Club), stated that the average life expectancy of a French Bulldog was around 9 years. This is likely due to the number of health-related issues that are common to the breed.

The decision to get a French Bulldog is not one that should be taken lightly due to their complicated history with genetic health conditions. While there are a long list of common health-related conditions that can arise, the three most common are Brachiocephalic Obstructive Airway Syndrome, Cherry Eye, and IDD (Intervertebral Disc Disease).

Other common health-related problems include:

If you’re willing to take on some of these health concerns, one thing to consider is whether you’re going to get pet insurance to help you cover some of the unexpected costs that may come with having a French Bulldog. Pet insurance is typically inexpensive and sometimes you can even add it on to your own health insurance. But in the case of the French Bulldog, it’s almost necessary to have. 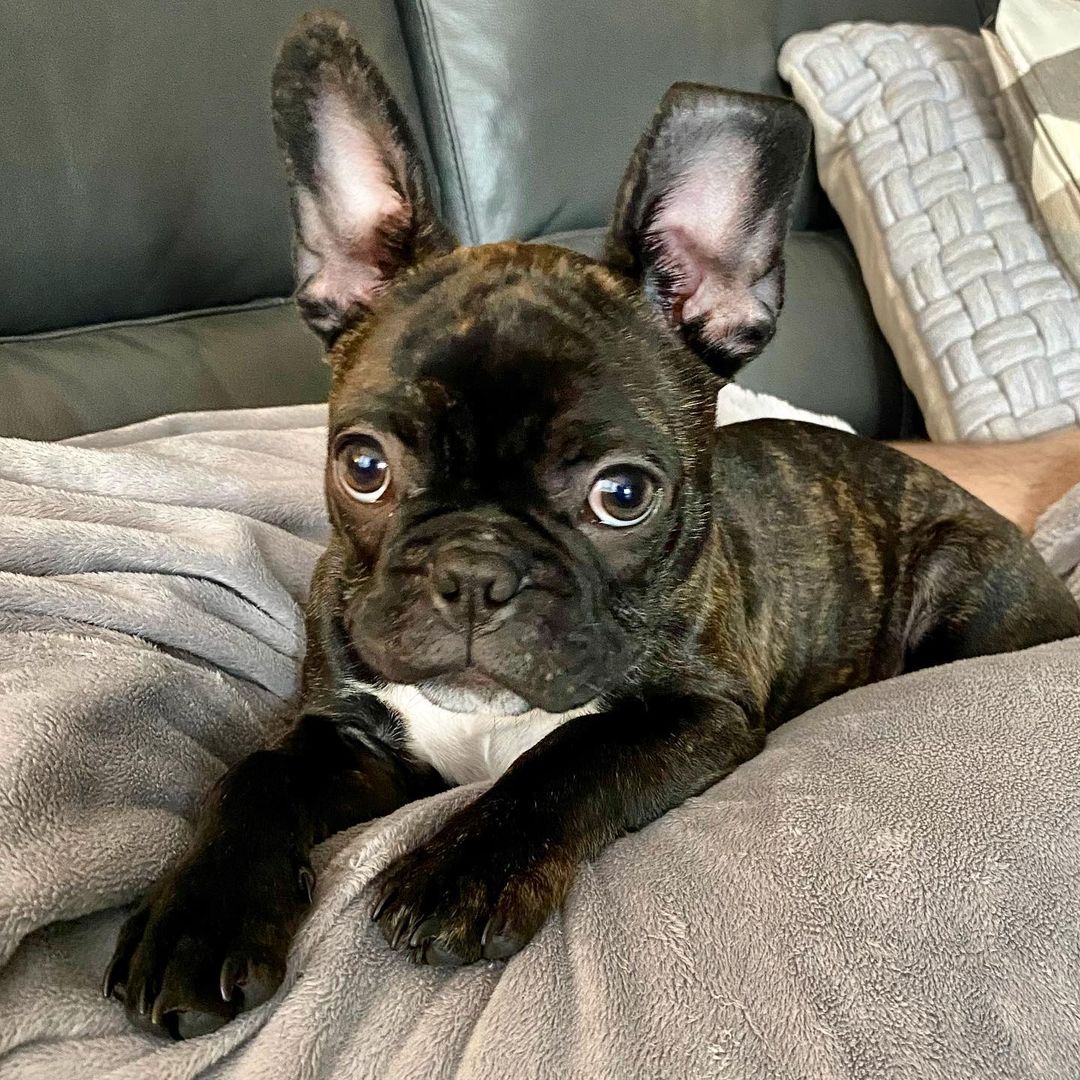 One of the great things about French Bulldogs is that they have short fine hair that’s very easy to groom. They don’t shed as often as other breeds, but they do shed their coat twice a year. This shed typically happens once in the spring and once in the fall.

Tips for Dealing With Shedding

When it comes time for your pup to shed, brushing them with a grooming mit or a stripping comb outside can help minimize the amount of hair that they shed. Additionally, taking them to get groomed is also an option to help reduce shedding as well as possible dandruff that can come with it.

What Kind of Temperament Do These Dogs Have?

French Bulldogs are companion animals. They thrive with human contact and do well with children. Though, it’s important to note that young children should always be supervised around dogs. They still make great family pets.

What Are Their Exercise Needs?

French Bulldogs tend to be a more lively breed and the need approximately one hour of exercise per day. However, if you live in warmer climate it’s good to note that since they are prone to obstructive airway syndrome, they can have trouble breathing and can easily overheat. In this case, finding ways to exercise them inside is critical.

What’s the Best Kind of Environment for Them to Live In?

French Bulldogs flourish in moderate temperatures. They should be supervised carefully in extremely low or high climate ranges. If you find that they are either shivering or panting, this is an indication of excessive exposure to these temperatures. When living in an environment where there’s a lot of heat or humidity, air conditioning is a must.

Do They Make Good Pets for First Time Dog Owners?

Brindle French Bulldogs can be a great choice for first time dog owners. They thrive in small places, love human contact, and they play well with others. They are also really easy to keep groomed, and they train easily.

While there’s a lot to consider when deciding whether a Brindle French Bulldog is right for you and your family, they do make pretty notable pets. They’re small, friendly, and they are very low maintenance. If you’re able to put aside their common health concerns, this could be the dog for you. 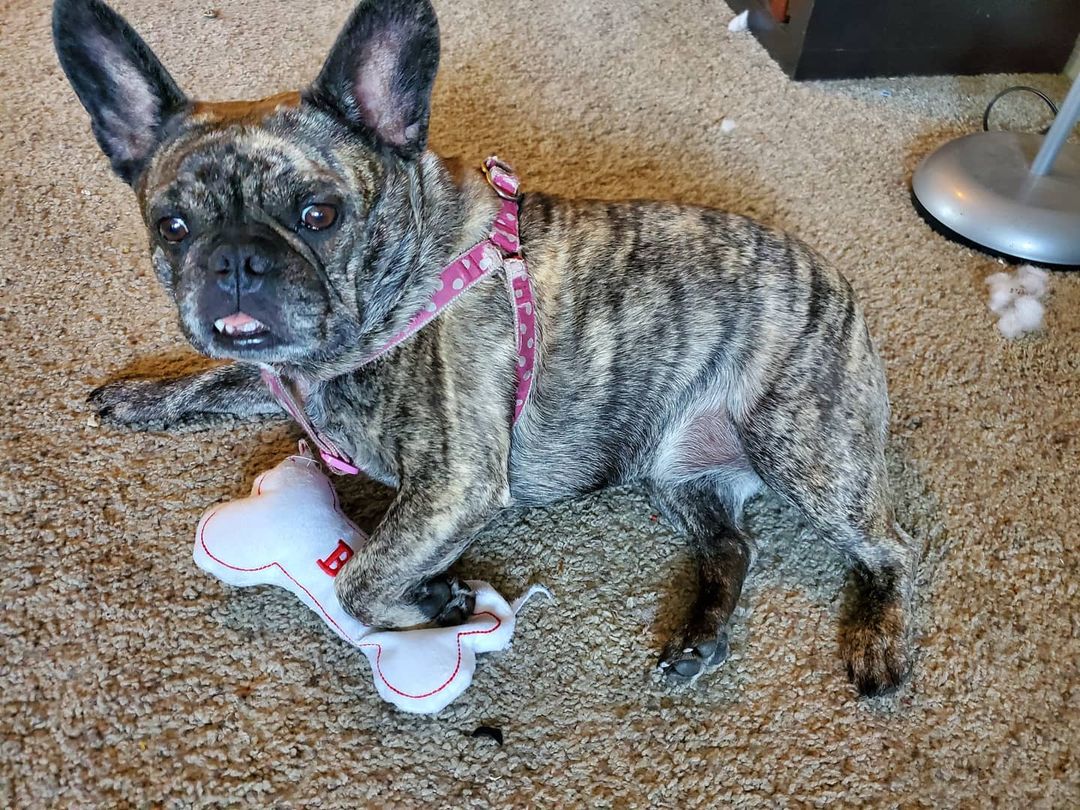