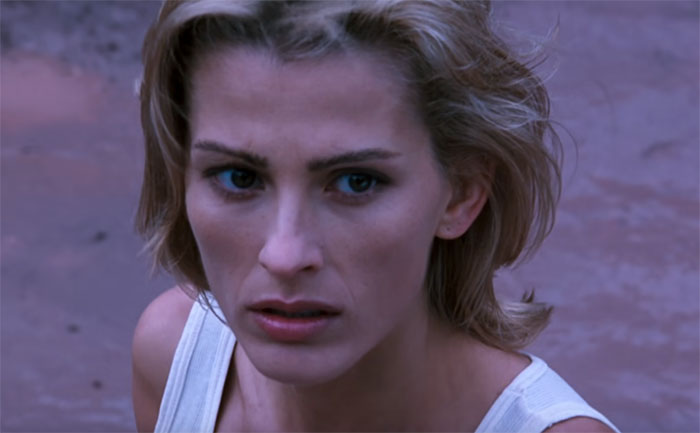 Sandra Hess was born in Zurich, Switzerland, on March 27th, 1968. She is a 5’ 7” (1.7m) actress who has been active in the film and television industry since 1992. She is best known for her roles as Sonya Blade in Mortal Kombat: Annihilation.

Details on her family and childhood are hard to come by. She was acting and modeling in advertisements at 15, and following graduating high school, she studied law at the University of Zurich for a time. Deciding the law was not for her, she turned her attention to making acting a full-time career and made her way to Los Angeles. She studied acting in Los Angeles before landing her first film role in 1992.

She can speak French, German, Swiss-German, Italian, and English.

As early as 15, Sandra Hess worked as a model and actress for television commercials in Zurich. However, she wouldn’t land her first role in a Hollywood production until 1992 after emigrating to the United States. 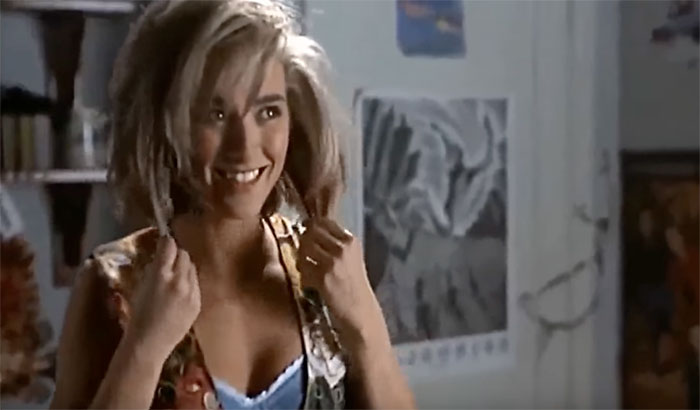 That role would be in the comedy Encino Man. The movie starred Sean Astin, Brendan Fraser, Pauly Shore, and Mariette Hartley. Sandra Hess had a role as a cavewoman, the counterpart to Brendan Fraser’s titular character. While Reviewers did not critically praise the movie, it was a box office success.

Beastmaster III: The Eye of Braxus 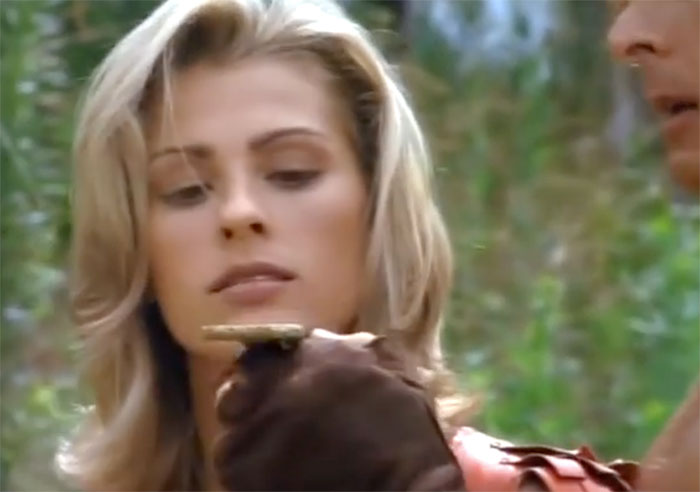 Following Sandra Hess’ debut in Encino Man, she would continue to have a yearly appearance across film and television. In 1996 she would play the character of Shada in the TV film Beastmaster III: The Eye of Braxus. The film starred Marc Singer as Dar, the Beastmaster, and Sandra Hess’ character was a warrior. 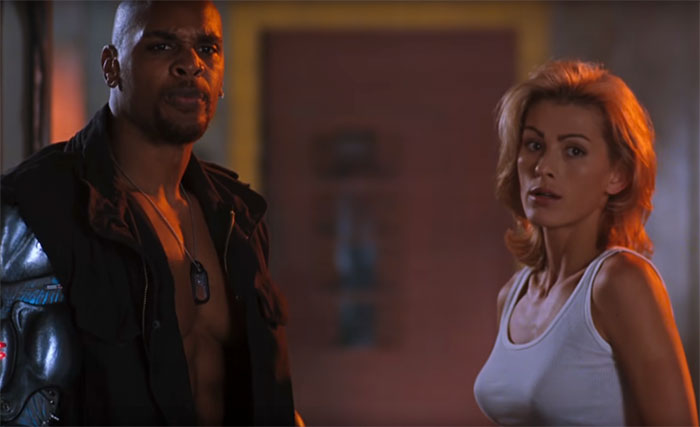 In 1997, Sandra Hess was cast as the character Sonya Blade in the action film Mortal Kombat: Annihilation. She was cast as a replacement for Bridgette Wilson from the first film. Sandra Hess would find a comfortable niche for herself in genre projects, such as appearing in an episode of Sliders in 1998. In 1998, she appeared in the Highlander television series. 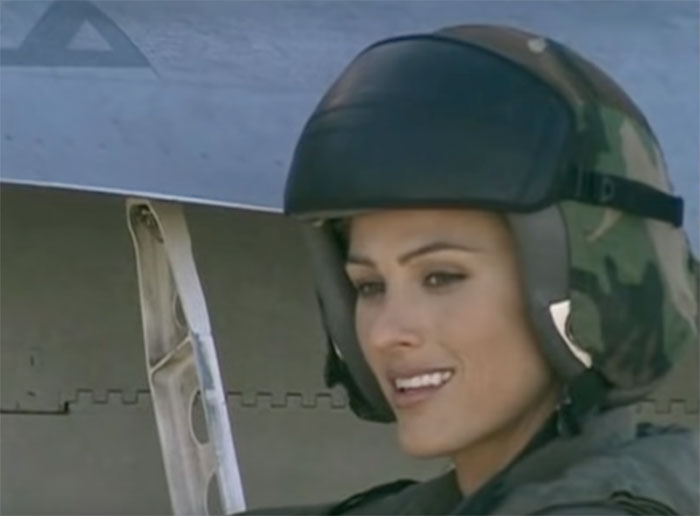 While no stranger to film and television, Sandra Hess had yet to land a leading role in an ongoing series. That would change with her being cast in Pensacola: Wings of Gold from 1998 to 2000. The show was a drama series about a Naval air station in Florida. Sandra Hess would join the show in season 2 as Lt. Alexandra “Ice” Jensen and would appear in 44 of the 66 total series episodes.

Sandra Hess may also be noticeable for a few appearances in the crime drama NCIS, where she played Regine Smidt from 2006 to 2007. She is also known for her role as Sasha Donev across 33 episodes of General Hospital in 2008. 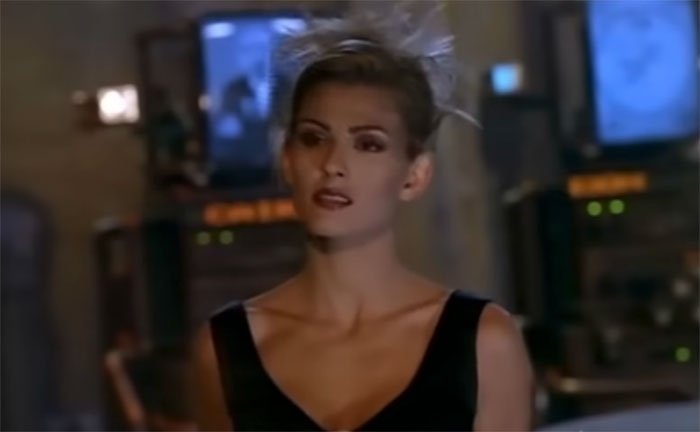 She would also predate the current Marvel Comics craze in film by a few years, appearing as the villainous Andrea Von Strucker / Viper in the TV movie Nick Fury: Agent of S.H.I.E.L.D. in 1998. She would play opposite Baywatch-star David Hasselhoff.

What is Sandra Hess doing now? 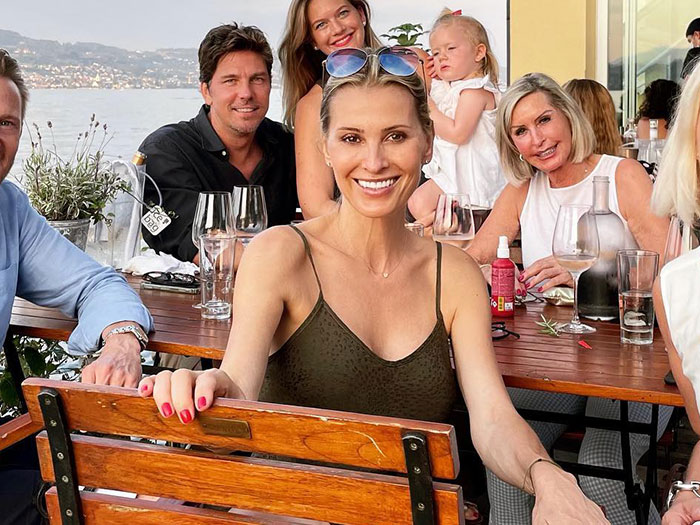 Sandra Hess has been retired from acting since 2012, with her last role being in an episode of CSI: NY.

In the time since, she seems to have found a new career with Vispring Ltd., a bed manufacturer, and has worked her way to Director of Operations at Hästens Los Angeles, running The Sleep Spa.

It is unknown if she has plans to return to acting. She seems content with her current lifestyle and her husband being the current working actor in their relationship.

Sandra Hess can be found on social media, where she posts daily thoughts and support for her husband. She can be found on Twitter and Instagram. She also has a LinkedIn account for professional contacts.

What is Sandra Hess’ relationship status? 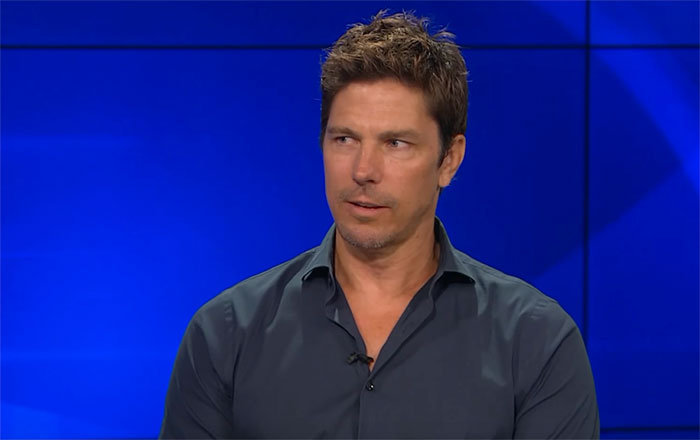 Sandra Hess is currently married to actor Michael Trucco, who she met on the set of Pensacola: Wings of Gold. The two joined the show at the same time and hit it off – the couple dated for a while before marrying on July 11, 2009. The couple lives in Los Angeles.

Trucco’s career began in 1994 with the TV movie Eyes of Terror, and he is still acting to this day, landing a few high-profile projects. He is most notable for his role as Ensign Samuel Anders in Battlestar Galactica (2005 – 2009). He was also in the Netflix series Midnight Mass in 2021. He is currently in production for Netflix’s The Fall of the House of Usher.

Michael Trucco is also the lead guitarist of the rock band Simpleworld.

Does Sandra Hess have children?

Sandra Hess and Michael Trucco do not appear to have children. There have been no birth announcements or news articles regarding children from the couple.