When Disney acquired 20th Century Fox on March 20th, 2019, Alien and Predator fans waited with bated breath to see what would happen to the properties of the shared universe. After all, the content isn’t exactly the family-family material that you’d expect to see on Disney Plus.

Luckily, Disney also owns Hulu and released the fifth installment of the Predator series on the platform in August of last year. Prey was a huge success and was the most-watched program across all platforms for the week of August 12th according to streaming aggregator Reelgood. Critics loved the movie, which holds a 93% on Rotten Tomatoes.

The Alien franchise will look to emulate the success of Prey with a new movie that begins filming next month. Here’s a full breakdown of all the available details.

What’s the name of the movie and who is making it?

According to productionlist.com, the new movie has a working title of Alien: Romulus. It’s directed and written by Fede Alvarez alongside co-writer Rodo Sayagues. Sayagues also worked with Alvarez on Evil Dead (2013) and Don’t Breathe (2016). Franchise veteran Ridley Scott will back the duo as producer.

In real-world folklore, Romulus refers to the legendary founder of Rome and its first King. Romulus founded Rome after killing his brother Remus. In the story world, the name most likely refers to a ship as with Prometheus and Covenant in the previous two installments. The name should be considered a working title that’s subject to change before the film’s release. Prey was originally titled “Skulls” and then “Skull” before finally finding its target with Prey.

The nerds among us might also think of the Romulans, the alien race from Star Trek, when we hear the proposed title. It is a bit odd for two spaced-based sci-fi goliaths to share a similar name. Still, new titles sometimes take some getting used to and fans will overlook a name if the story is engaging.

What’s the plot of the film? Who stars in it?

We don’t know much about the plot of Romulus. We do know that Fede pitched the script to Ridley Scott years ago and that the idea stayed with Scott. Steve Asbell, the president of 20th Century Studios, said that they greenlit the project “purely off the strength of Fede’s pitch…just a really good story with a bunch of characters you haven’t seen before.“ 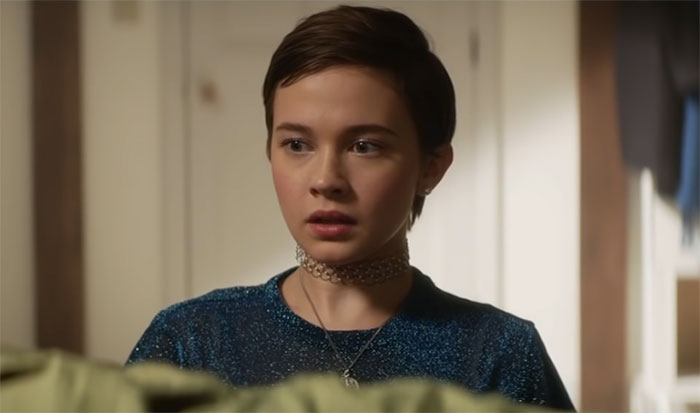 So we don’t know much about the plot other than that it’s based on a strong foundational idea and features a fresh cast of characters. Actress Cailee Spaeny (Bad Times at the El Royale) is the only credited acting talent on the production list.

However, there has been a rumor going around about another actress starring in the movie according to industry insider Daniel Richtman. Richtman reported that Phoebe Waller-Bridge might play the part of an android named “Rook.” She’s best known as the star of the TV show Fleabag.

The only other thing that we know about the plot of Romulus is that it’s supposed to be completely stand-alone, like Prey. And there’s something else that Alien’s Romulus has in common with its Predator counterpart.

When can I see the movie in theaters?

Romulus will not be a theatrical release. Instead, the film will follow the path of Prey by going direct to streaming on Hulu. The production hasn’t even started filming so it’s unclear when it’ll reach the popular streaming platform. Some fans will be upset that the film, which is part of a visually stunning franchise, won’t be enjoyed on the big screen. Asbell defends the decision:

“It’s not a film that has to be all things to all people with those gargantuan budgets. They get to be authentically what they are. And this is closer to its genre roots.“

Clearly, the studio is trying to bring life to the franchise by delivering a unique vision to a wide range of people. Theatrical releases come with obstacles and expectations that streaming movies don’t have to deal with. Movie lovers are more likely to give the film a chance when they don’t have to leave their couch or buy a movie ticket.

There you have it. That’s everything we know about Alien: Romulus. With 20th Century’s track record since the acquisition, there are plenty of reasons to be cautiously optimistic about the franchise moving forward. Fingers crossed, because die-hard fans are bursting at the seams for a good Alien movie.

Venom 3 Rumored to Commence Filming in June 2023‘Next Friday' Cast: Where Are They Now?Kang Will Kill Thor? Insane New Theory About The Next Thor Movie