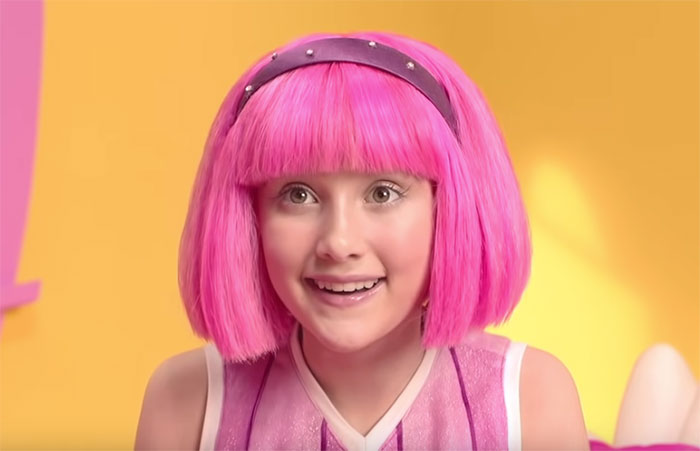 If you have kids that watched Nick Jr. anytime from 2004 on, you probably watched an episode or two of the show LazyTown. The bubbly girl Stephanie, who loved pink from head to toe, was played by Julianna Rose Mauriello. You might also have recognized her from commercials for Wendy’s or Volvo, but LazyTown is her claim to fame.

Born in Irvington, New York on May 26, 1991, Julianna grew up watching her siblings thrive on stage and knew she wanted to be a part of that. She attended the Professional Performing Arts School in New York City to give that acting thing a try.

Julianna spent much of her young life on stage in theater productions before snagging her first on-screen role. She also is an accomplished dancer, learning ballet, tap, jazz, and even Irish step dancing.

Julianna started acting at the early age of six with an uncredited appearance in an episode of Sesame Street: Fiesta! in 1997. 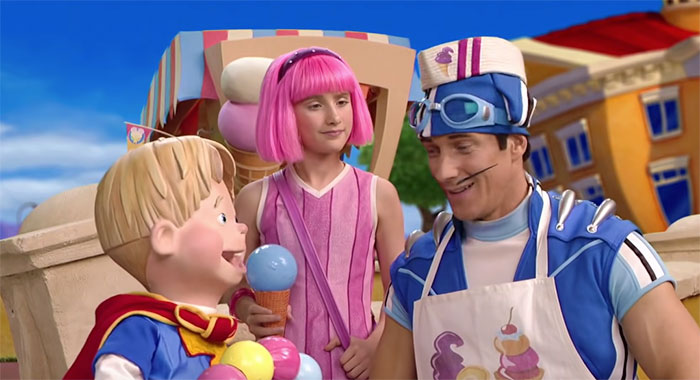 LazyTown is a tremendous success for Nick Jr. in the world of family programming. Helping kids learn about healthy life choices like eating properly and moving around, LazyTown brought life to Nick Jr.’s family lineup.

Ms. Mauriello luckily grabbed the role of Stephanie when the original actress decided to drop out. Her spunky, high-energy character Stephanie is the niece of LazyTown’s mayor, Milford Meanswell. She spends time in her new city getting everyone on board with becoming more health conscious when she notices everyone in town is pretty unhealthy.

Julianna played Stephanie for 52 episodes throughout seasons one and two of the LazyTown TV series from 2004 until 2007. She then did another 26 episodes for the LazyTown Extra series just in 2008. Wow, what a busy kid!

Why did she quit the show?

Julianna may have liked to play the good-natured Stephanie for longer, but realized she was aging out of the role. In real life, Ms. Mauriello was older than her character by a handful of years when she started.

After being Stephanie for another few years, Julianna felt it was time to step down. She left the role in 2008 after bringing Stephanie to life for four years. 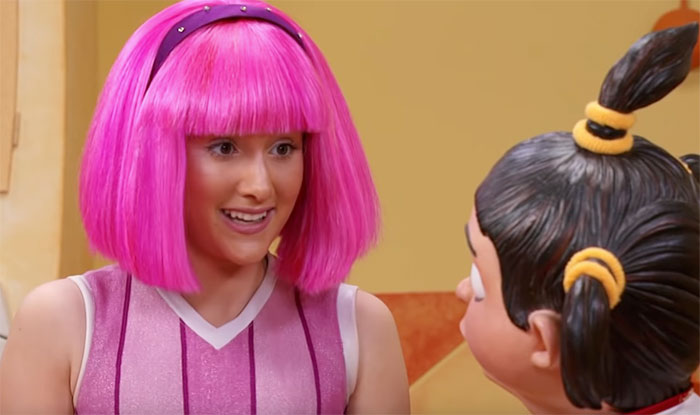 LazyTown was such a hit that it spawned a side show, LazyTown Extra that followed Stephanie to the UK to continue her work of spreading the importance of healthy habits. In more of a comedic style show, the crew acted out funny sketches to motivate their UK friends to become more active and healthier.

When LazyTown star Stefan Karl Stefansson died in 2018, Julianna paid a tribute to him on her social media and offered these words:

“Death leaves a heartache no one can heal, love leaves a memory no one can steal. I always will be dancing right beside you. But I know you are not alone, you have my mom and grandma. Please watch over me. I will try to stay strong.” 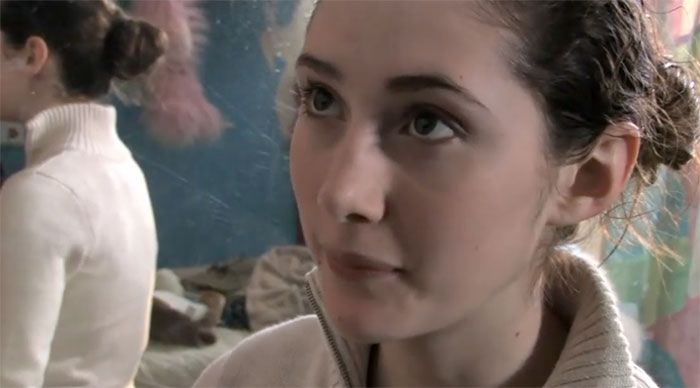 Most child actors, when they are done with the goody-two-shoes role that they are most known for, make a sharp turn and take on a completely different role. Julianna did just that, and the same year she wrapped LazyTown Extra, she jumped into a more grown-up role in A Fix.

A 30-minute short dealing with teenage issues like bullying, Julianna played the leading role of Pyper.

What did she do after acting? 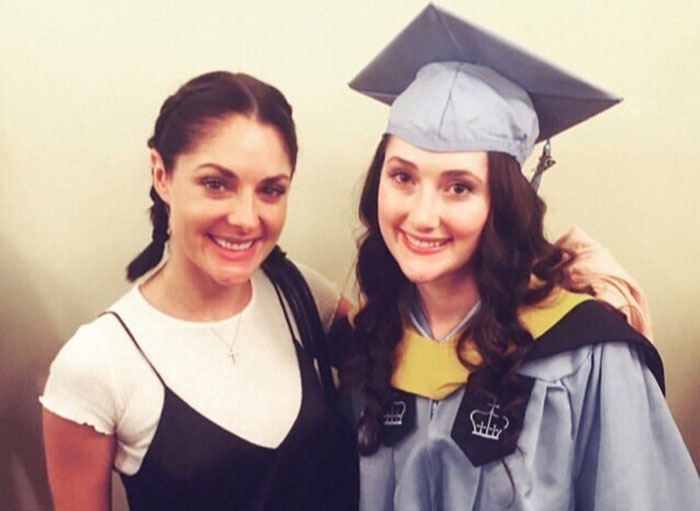 Julianna left the showbiz world completely in 2014. She decided the life of lights wasn’t for her and went on to graduate college and then getting her Master’s Degree after that.

When Julianna still had dreams of being an actress, she attended the Professional Performing Arts School in Manhattan. She excelled at the school where former students like Claire Danes, Sarah Hyland, and Alicia Keys attended.

Ms. Mauriello then attended Middlebury College where she graduated in 2013 with a Bachelor of Arts degree in Psychology, with minors in both French and Dance. Pretty impressive and shows her work ethic never wavers.

As if having a Bachelor’s with double minors wasn’t enough, Julianna went on to obtain her Master’s Degree in Occupational Therapy in 2018 from the prestigious Columbia University. 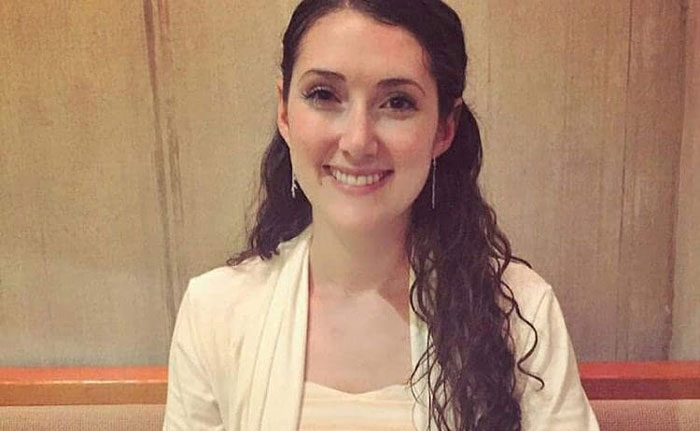 These days you can only see Julianna’s lovely face if you need a pediatric occupational therapist. She has an official (though unverified) IG account, but she doesn’t follow a single person, and hasn’t posted on her account in almost two months. Julianna just lives the good life helping people.

Julianna’s most recent role is as a full-time Pediatric Occupational Therapist for the company Play 2 Progress, in Los Angeles, California. She is about to celebrate her first anniversary with the company, which she started at in October of 2021. 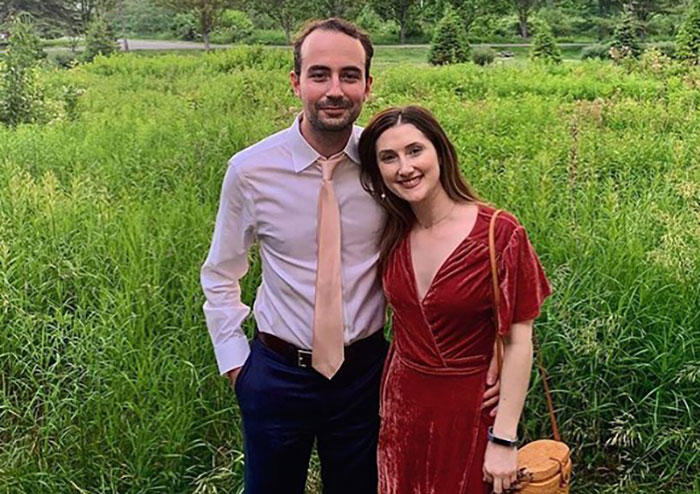 Julianna has posted a few pictures over the last couple of years with a man she calls “boyfriend.” Though she doesn’t name him or tag him in her posts, the internet says his name is Calvin Fox. 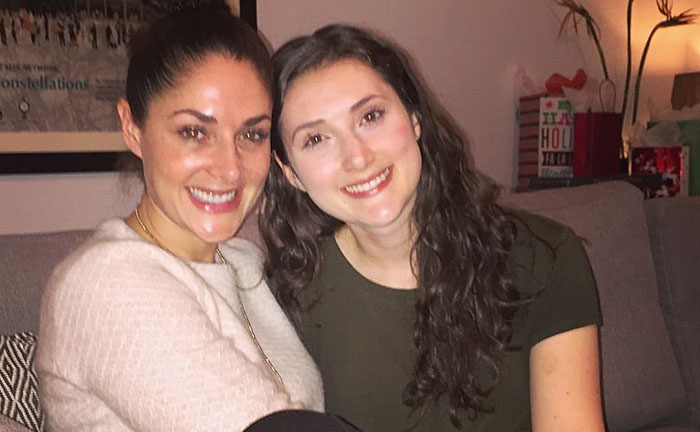 Julianna’s sister, on the other hand, has decided that acting is a life-long journey. Starting her career with an episode on the show Unreal, older sister Alex Mauriello has been in shows like Happy Endings, The Vampire Diaries, and All Wrong.

She also helps find the best actor for the part as a Casting Assistant for Armstrong Casting in Los Angeles.