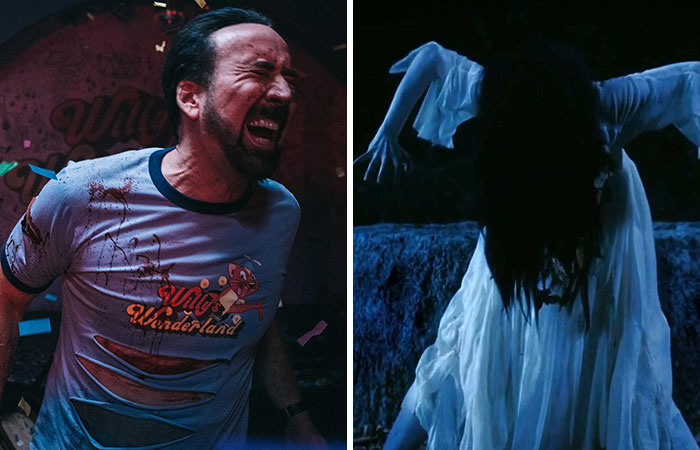 Some movies just don’t hit on release. A lot of times it may be because it’s for a more niche audience, or even ahead of its time.

As time goes though, they gain more viewers, more fans, and more love. Eventually, they get that dedicated audience quoting the movies or putting it on repeat, showing it to their friends, and recommending it wherever they can. Cinema trends can come and go, but cult movies are forever.

The requirements of a cult movie on the other hand, are something different. The film has to be a “meh” at best with critics, with no lower limit. Typically there’s something divisive about it between audiences and critics, whether it be the film’s message, plot, or characters. Some goofiness pops up here and there too.

Given cult status can usually be reached within 10-15 years, these are some from the last ten that deserve it and could be well on their way, along with a prediction or two. 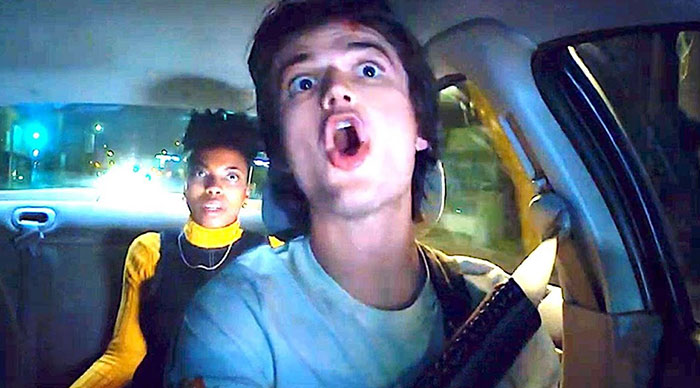 I watched this movie in late 2020, at the height of everything happening at the time. Insomnia took hold, night blurred into day, and at some point I watched Spree. I grew up with the wild west of the internet so I’ve stumbled onto some things I’d rather forget, and Spree took that terror to new heights.

Keery is terrifying and even more real now than he was over two years ago as Kurt. The movie takes pleasure early in setting up Kurt as a loser, still working for social media fame chasing everything he can. He’s incredibly cringy, and you can feel something off even before the killings start. It’s aging too well considering the state of social media just over two years later. 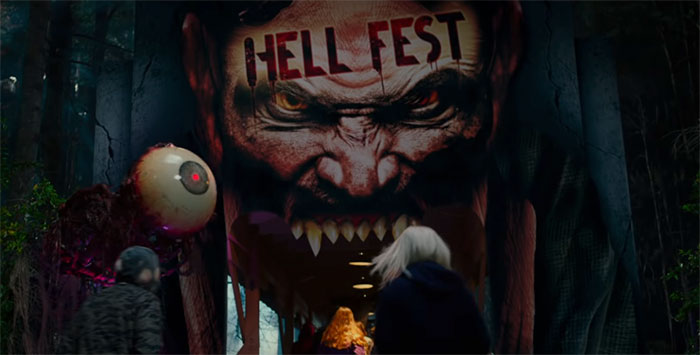 Hell Fest got released too close to the wrong Halloween, getting most of its steam taken by Halloween 2018 before the spooky season even began.

Now it holds up as an homage to the teen slashers that shaped it, equally campy and scary all in one package as friends get picked off by a slasher in an elaborate theme park of horror. The set design here is elaborate, with special attention given to the mazes throughout the movie. A few creative kills, and playing with some fun slasher tropes make for a fun time. 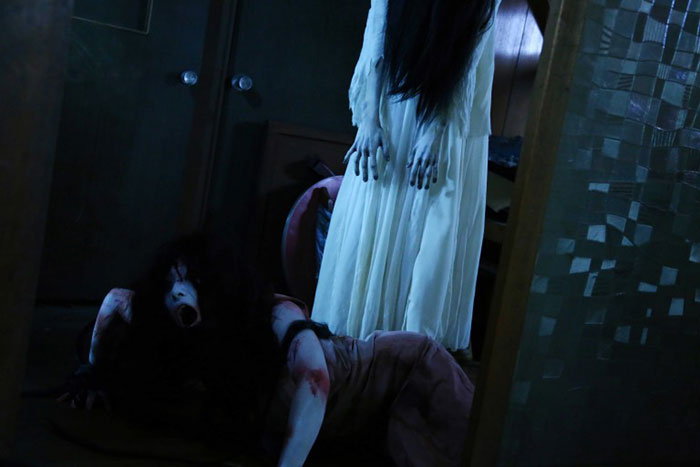 This was first announced on April Fools Day. The creepy VHS girl from The Ring vs. the creepy girl and kid from The Grudge? How the hell could that happen? Ha, what a funny prank! Except it was real. Very real, and very, very strange.

Taking the original Japanese inspirations for these characters and putting them in a Freddy vs. Jason scenario that embraces the batshit insanity of the idea. A girl watches the cursed VHS tape and finds out the only way to destroy a curse is by using another curse. A lot happens but the end becomes a wild Evil Dead 2-ish bit where the two curses merge.

That scene was given an homage recently in the excellent opening to Chainsaw Man, so it’s getting to cult status but not quite there. 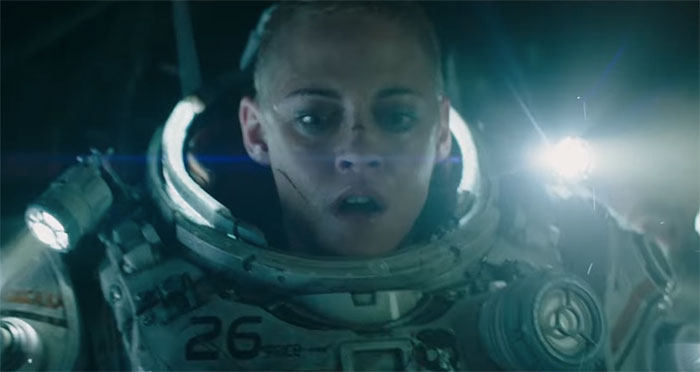 This movie had terrible luck going in. After delays, TJ Miller, and the Disney acquisition it seemed like the already-finished movie was just going to drown during the merger of Fox and Disney, but it finally made it through and got a release!

In January. Where horror movies go to die. Not only January though, but January of 2020, when theaters were starting to see closures. It’s a shame too because this movie deserves a theater experience. Kristen Stewart plays an engineer in an underwater drilling base on the floor of the Mariana Trench.

Turns out, drilling into the deepest point of the earth is a bad idea, and an earthquake wrecks the station, leading to a fight for survival as she and other crew members try to escape. It goes from escape thriller to creature feature pretty quickly, with creature designs that are probably the best Lovecraft-inspired monsters put on film. 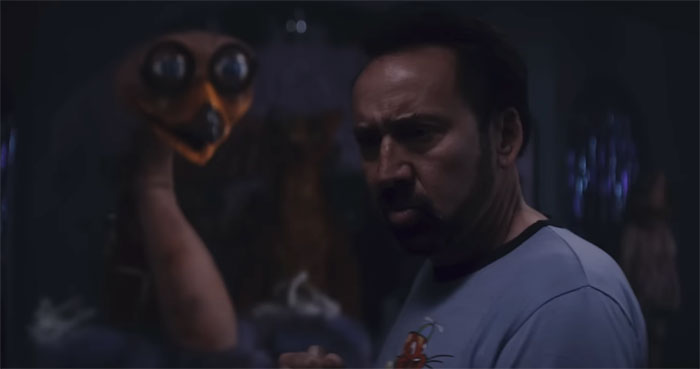 Nic Cage seems to have gotten over the bulk of his IRS debt in the past few years and is finally taking roles that are actually interesting to him and not just paying the bills. He’s had pretty consistent quality the past few years, but most like Mandy, Pig, and Unbearable Weight of Massive Talent have gotten their due from critics and fans while Willy’s Wonderland gets sidelined.

It’s goofy as hell but plays it to great advantage utilizing creepy and nightmarish Chuck E Cheese ripoff animatronics and an idiotic group of teenagers. Meanwhile, Cage is a merciless badass who doesn’t speak at all in the film but instead beats wholesale animatronic ass in between pinball, energy drinks, and cleaning the place up. It’s just bloody, campy horror at its best. 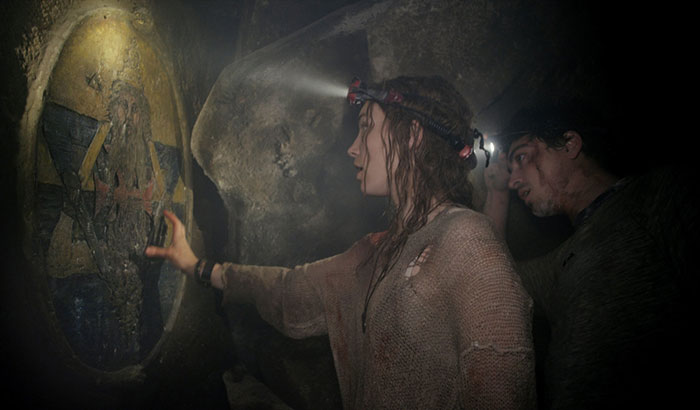 I was hesitant to see this when it came out because reviews were absolutely wrecking it. It seemed understandable since found footage was already getting fatigued by the time it came around, but audience reaction at the time was divisive at best. I never caught it in theaters but now I wish I had.

A found footage descent into literal hell as an archeologist and her crew go deep into the Paris catacombs looking for the legendary Philosopher’s Stone. The crew each face demons from their past along the way that threaten their survival. A lot of audiences didn’t like the end, but it holds up better on repeat viewings and with the knowledge it’s based on a Dante’s Inferno interpretation of Hell.

Think of it as a found footage Indiana Jones, but with more ghosts and demons.

Again, these aren’t all guaranteed to become cult classics, but they do deserve to be and some like As Above, So Below are really getting there. More cult classics are made every day and maybe some will catch on a little faster, but these have that combination of charm and love put into them that makes a cult following work.

Not to mention a lot of these are pretty wild ideas in the first place, and weird ideas aren’t easy to make into films or movies. So, they serve as a reminder that no matter how weird a movie can get, there’s someone out there that’s going to love it. Most of the time.

11 Disturbing Lines From Horror Movies That Shook Viewers To The CoreThe 8 Most Anticipated Horror Movies of 20235 Movies That Will Give You A Proper Introduction To The Korean Horror…9 Horror Movie Cliches That Need To Die AlreadyShe Played 'Persephone' in The Matrix Movies. See Monica Bellucci Now…8 Exciting Sci-Fi and Fantasy Movies to Look Forward to in 20235 Video Game Movies That Don’t Suck5 Actors That Went All Out In Terrible Movies5 Great Movies Hidden Behind Terrible Trailers