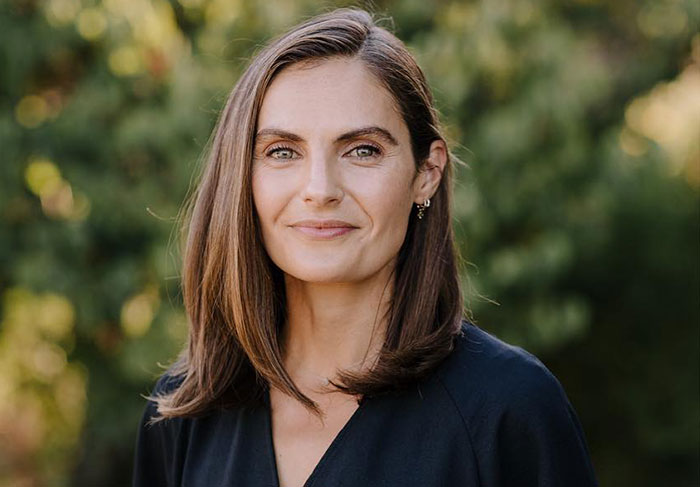 Famous people tend to either keep their families and personal lives in the private sphere, or use their power to connect their loved ones in successful industries.

Often, actors pass down the trade through their family. Sometimes, their children maintain careers throughout their youth and then grow up to do other things. In Annie Costner’s case, she adapted her own life’s work to the silver screen her father is famous on.

Annie Costner was born April 15, 1984. She attended Brown University from 2002-2006 and graduated with a degree in Latin American Studies.

During her time at college, Annie was part of the Mock Trial society at Brown. Not much else is known about her younger years.

Who is Annie Costner’s Father? 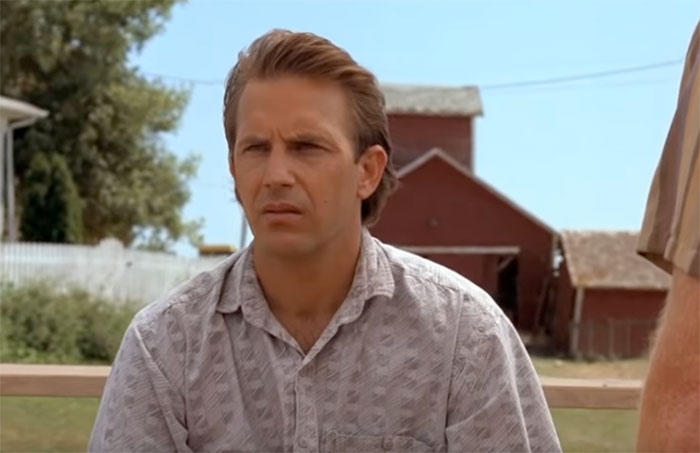 As you probably guessed by her last name, Annie’s father is famous actor Kevin Costner. Kevin is best known for his roles in the ‘90s.

He still acts, directs, and produces to this day.

Who is Annie Costner’s Mother? 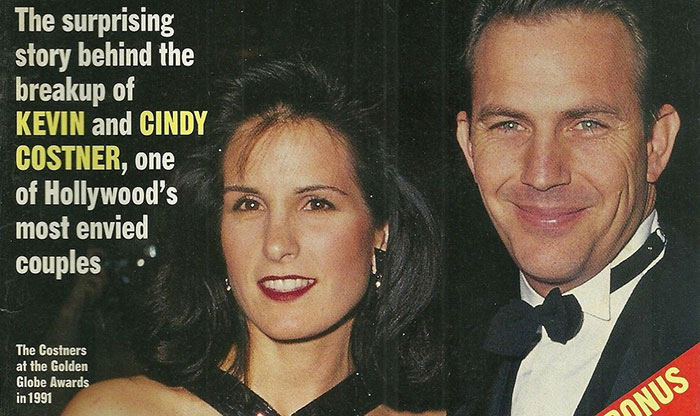 Annie’s mother is Cindy Costner, née Silva, Kevin’s first wife. The couple married in 1978 and divorced in 1994 when Annie was 10 years old.

The couple met at college and married three years later. After college, Cindy spent a bit of time playing Cinderella at Disneyland.

She then went on to do a bit of acting, but appeared in only a mere couple of productions. Following her divorce, Cindy has lived out of the spotlight that shines on her husband to this day. 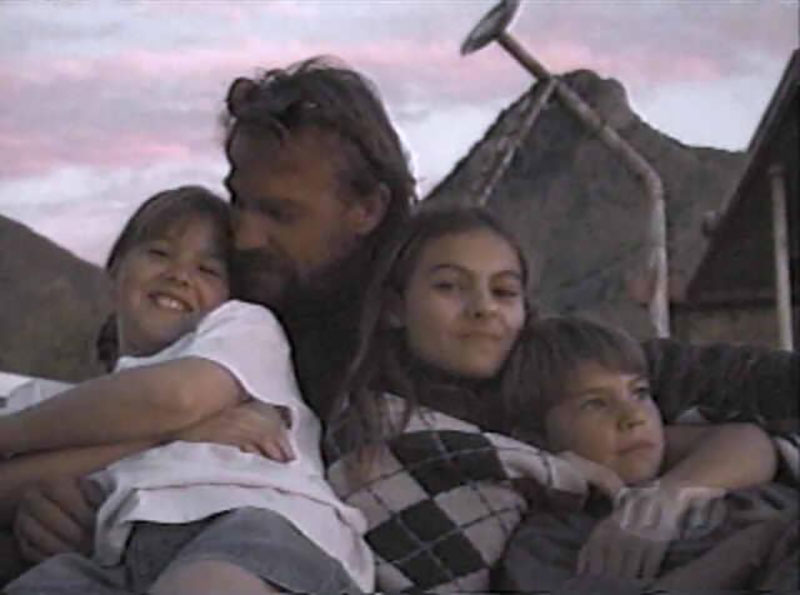 Annie is Kevin’s oldest child. She has a younger sister Lily and younger brother Joe. Like Annie, both Lily and Joe have featured in a couple of their father’s films.

After Kevin’s divorce from Annie’s mother, he briefly dated Bridget Rooney, with whom he had a son named Liam. 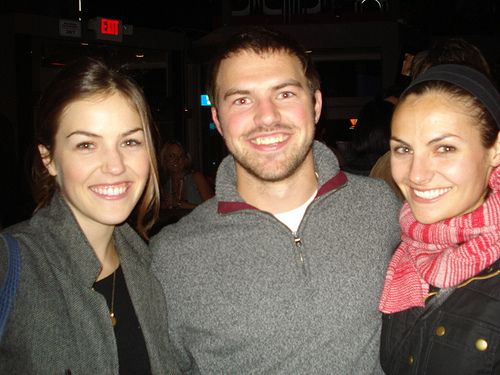 Kevin later remarried, tying the knot in 2004 with his girlfriend of four years Christine Baumgartner, with whom he had another three children: Cayden, Hayes, and Grace.

Annie grew up in California and has vivid memories of spending time in nature with her family, from the beach at Carpinteria to the woods in Colorado.

The Costners were a very active family. Annie would spend summers rafting on the Kern River with her mother.

She described her memories of her childhood as kinetic, there were many elements of touching, feeling, and exploring the natural world. Her parents fostered curiosity and exploration.

When did Annie start acting? 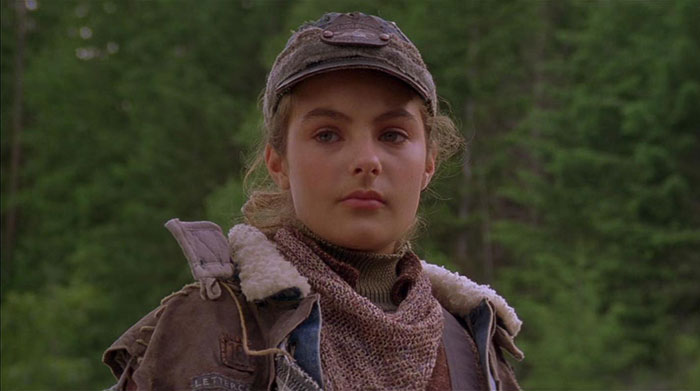 Annie was born into an acting family, her father having already entered the industry when her mother was pregnant with her.

Landing his first major role in Dances with Wolves, Kevin brought his family along. Cindy was a wagon master in the additional crew and Annie played the younger version of Mary McDonnell’s character, Stands with a Fist, in a flashback.

She then played an uncredited Atoll Girl in Waterworld.

When making The Postman, Cindy stayed off set, but all three of their children were cast in the movie. Annie played “Ponytail,” a minor role.

Outside of her father’s films, though, Annie didn’t do much more acting. Aside from one video short in 2010, Annie has focused on her real world research and documentary filmmaking.

For college, Annie attended Brown University – one of the only times she called a state other than California home.

She graduated with a degree in Latin American Studies, a realm that would tie in well to her future career and personal life.

Annie first found her love for documentary film work when doing research and development for Racing Extinction (2015), a piece that explores the fatalistic view of some scientists that we are actively driving species into extinction.

The work was directed by Louie Psihoyos and featured Elon Musk and Joel Sartore.

Sound Off Films is Annie’s own boutique production company. She founded it in 2014 along with producer Adrienne Hall, who she had met while making Racing Extinction.

Both worked on the scientific documentary which inspired their company’s focus on documentaries and non-fiction storytelling.

They wanted to create a digital visual communication platform that lets UNESCO present their work in a new way.

It took two years of negotiation to put the initiative in place, but Mosaic of Change finally debuted at UNESCO’s 70th Anniversary in 2015.

Much like the bingeworthy cause/effect documentaries that appear on streaming services today, The Discarded (2016) brought the effects of the Summer 2016 Olympics into the harsh light of critical hindsight.

Directed by Annie, alongside Carla Dauden, the pair go to Rio after the world news cameras have left to document the negative impact the Olympics had on the social and environmental conditions of the famous Brazilian city.

Slightly out of her repertoire, Annie co-produced the documentary short ESPN 30 for 30: Bump & Spike in 2017.

ESPN 30 for 30 was a series of short films documentaries focusing on the world of sports.

Bump & Spike told the story of professional volleyball in the 1970s.

What is Annie doing now?

For the past three years, Annie works as a real estate agent for Sothebys International with Zabilla Group in Ojai and Santa Barbara.

She still works on documentaries produced by Sound Off Films. 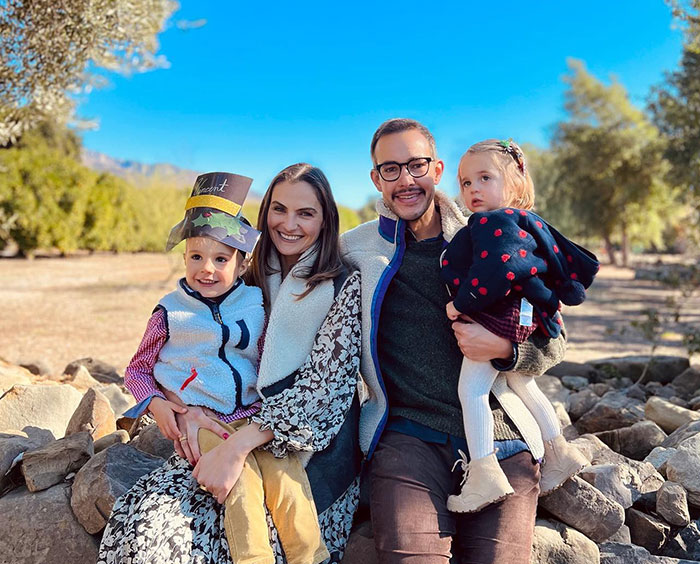 In July 2016, Annie Costner got married on her father’s California estate in Carpinteria.

Her Vicenta gown featured a rebrodé lace appliqué top over a sheer tulle bodice which was separated from the sleek crepe mermaid skit by a narrow matching crepe belt.

The dress was made by famous French atelier, Pronovias. She wore a long, lace-trimmed veil and carried a bright and colorful bouquet as she was given away by her father, dressed in a tan suit.

Annie’s husband, Daniel Arturo Cox, is a doctor. He graduated from UC San Francisco School of Medicine in 2011 and specializes in internal and palliative medicine and hospice care at Ventura County Medical and UCSF Medical Center, Parnassus.

Do Annie and Danny have kids?

Annie’s Instagram page is spangled with beautiful pictures of the family. The couple has a four year old son, Vincent, and two year old daughter, Vida.