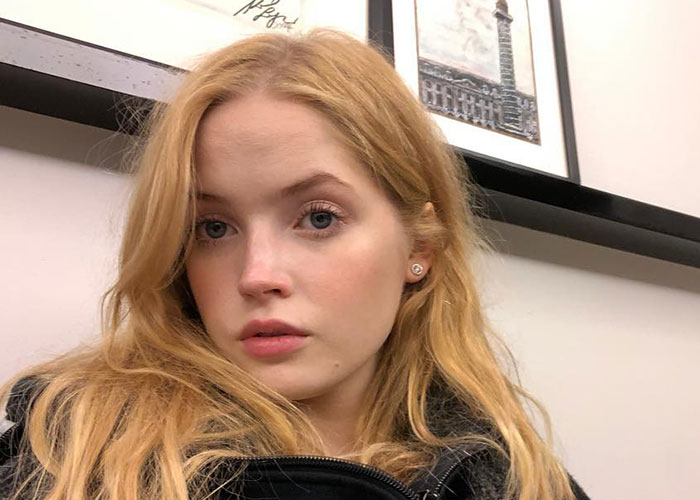 If you are screaming internally like we are about the upcoming Willow show on Disney+, then you’ve probably wondered who is in the cast for this revival of the 1998 fantasy film.

One actress you’ll notice is Ellie Bamber, who will be portraying one of the members on the quest to save a young prince in peril. Before you rewatch the movie and then dive into the show, let’s learn some fun facts about Ellie.

1. Ellie is an English actress. 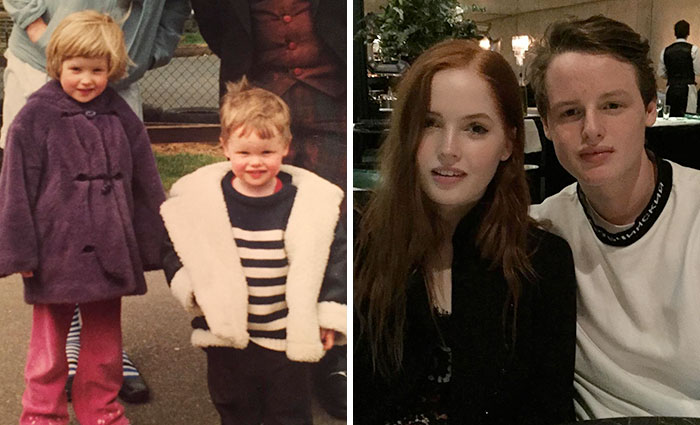 Born Eleanor Elizabeth Bamber in Surrey, England, UK, on February 2nd, 1997, this young starlet knew from an early age she was an entertainer. She has a little brother, Lucas, and her parents are Zoe and David Bamber.

2. Bamber started her career in the theatre.

A lot of actors find their passion for the craft performing in school plays and musicals. Ellie just happened to be really good at it.

So good in fact, that at the age of 12, Ellie became the youngest member of one of the oldest music halls, the Players’ Theatre Club.

3. The esteemed Sir Trevor Nunn hand-picked Ellie for a role.

When she was only 13, she was personally chosen by Artistic Director Sir Trevor to be in his production of the Andrew Llyod Webber musical Aspects of Love as Young Jenny, performing at The Menier Chocolate Factory in London.

4. She grabbed her first acting credit when she was 15. 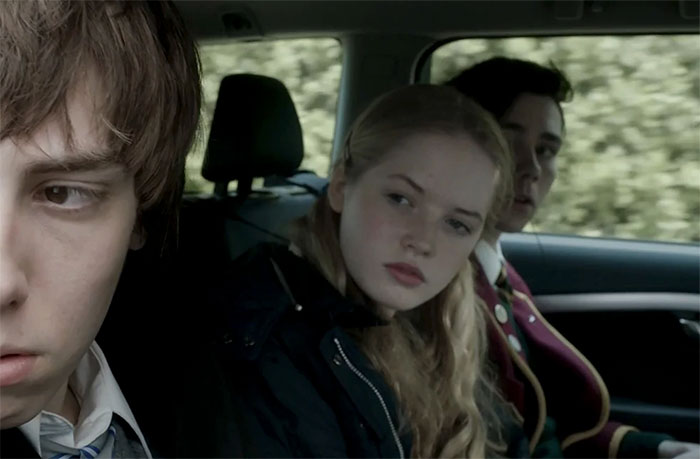 Ellie’s first on-screen appearance was in the 2012 crime drama TV miniseries A Mother’s Son. She played the character Olivia in the show.

Bamber acted alongside Florence Pugh and Maisie Williams in the mystery drama. The story revolves around English schoolgirls dealing with a mysterous fainting epidemic.

6. The stage always calls Ellie back.

In 2015 she returned to the theatre to play the lead of angsty teen Dinah Lord in the musical comedy High Society at the famous Old Vic in London.

Her performance earned her a Best Newcomer in a Musical nomination for the Evening Standard Theatre Awards. She went back to the theatre in 2017 to play Hilde in the play The Lady from the Sea.

7. Ellie knows how to handle a zombie apocalypse.

8. A script made Bamber literally burst into tears. 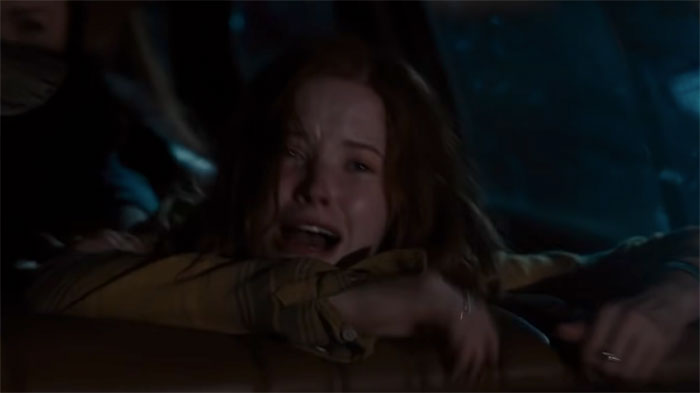 The movie probably made you cry as well. While reading the script for Nocturnal Animals in a café, Bamber started crying into her bowl of pasta. We’ve done that, too, but for different reasons.

Fans had a similar feeling about the movie as Ellie did, and the reaction when the film debuted at the Toronto Film Festival mirrored her own about portraying India Hastings.

The whole story about the Profumo affair was made for a TV telling. Bamber starred as the real Mandy Rice-Davies in the series The Trial of Christine Keeler, filled with secret entanglements that took place during the 1960s.

10. Bamber learned to speak Thai for a role. 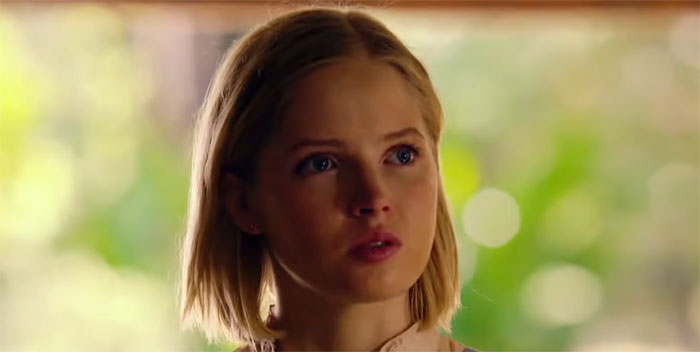 For the 2021 crime drama show The Serpent, Bamber portrayed the real Angela Knippenberg/Angela Kane, where she learned Thai for the role.

Though Angela herself wasn’t all that happy with how little credit The Serpent gave her in the show versus her real-life involvement in taking down the serial killer. At least now Ellie knows how to speak some Thai.

11. Ellie is about to have a cult following behind her. 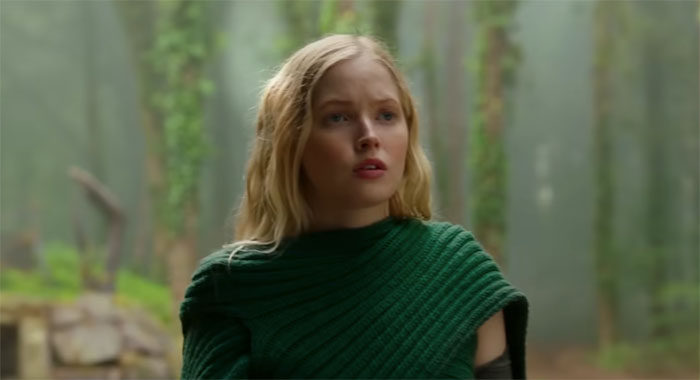 Dropping November 30th, the show will follow the children of Madmartigan and Sorsha from the original film, with some other familiar characters helping along the way. We’ve only watched the trailers ten times each.

Ellie will play the part of ‘Dove’, an unassuming kitchen maid who tags along on the quest. She will star in the show alongside Warrick Davis, Ruby Cruz, Erin Kellyman, Amar Chadha-Patel, Dempsey Bryk and Rosabell Laurenti Sellers.

Not to make everyone even more jealous, but Ellie appeared in Mendes’ video for “There’s Nothing Holdin’ Me Back” where she got to cuddle up to the crooner in various romantic locations.

13. Ellie is a musician herself. 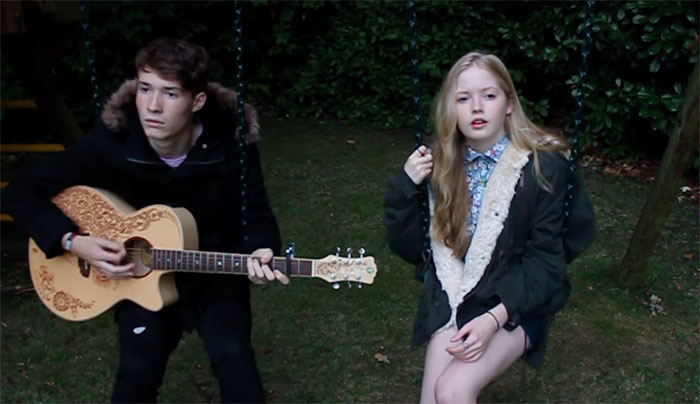 Not only is she popping up in other artists’ music videos, but she’s put out her own. When she was 17 she was part of a two-man band called Annoy the Boy, and they released one EP.

It’s not uncommon for celebrities to have a momager, and Ellie falls into that category. The mother and daughter duo make a great pair, and Ellie loves their dynamic.

15. Ellie has lived out our dreams of dating a King in the North.

From the summer of 2017 until early 2019, Ellie dated Game of Thrones actor Richard Madden.

While the two had a hefty age gap, the pair seemed smitten right up to their breakup.

While Ellie will be gaining a whole fantasy fandom of new viewers when Willow premiers, she already has her sights beyond the Tir Asleen, with five other projects either completed or in post.

Whether Ellie makes another stop at the theatre or keeps cranking out movies and TV shows, she’ll always bring something interesting to the role.

For now, we can’t wait to see what she contributes to the quest when Willow releases on November 30th.