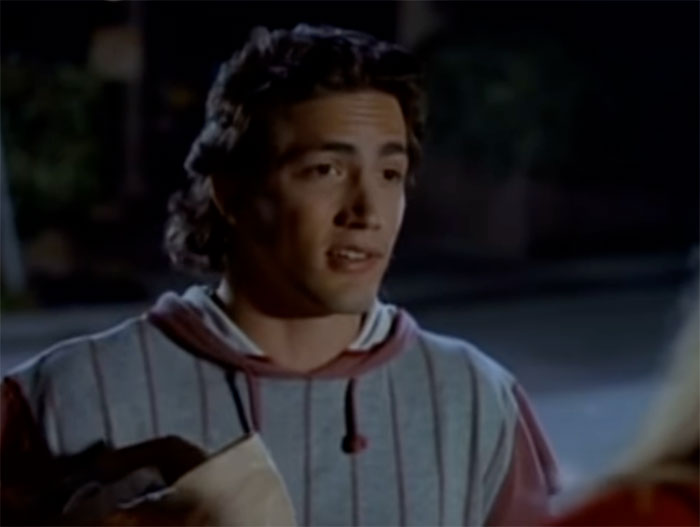 In Wilmington, Delaware, Andrew Eppley Shue was born on February 20th, 1967. He is best know for his role as Billy Campbell on the television series Melrose Place, which ran from 1992 to 1999.

However, he is also known as the brother of Elisabeth Shue. His short career as a professional soccer player is also another chapter of his life. These days, however, he is more focused on activism.

This 5’ 8” (1.73m) actor is the second son of Anne Brewster and James William Shue. Anne was a bank executive and vice president of a division of the Chemical Bank Corporation. James Shue was a lawyer and real estate developer president of the International Food and Beverage Corporation.

Shue is of German ancestry from Pennsylvania on his mother’s side and a descendant of Pilgrim leader William Brewster.

Shue attended Columbia High School in Maplewood, New Jersey. He would start laying soccer there, which carried over to his attendance at Dartmouth, where he was recognized as a Regional All America soccer player.

Shue would spend time in Glasgow, Scotland, for the Queen’s Park FC. After graduating from Dartmouth in 1989, he would visit Zimbabwe, playing soccer professionally and teaching math at Founders High School.

How did he get into acting? 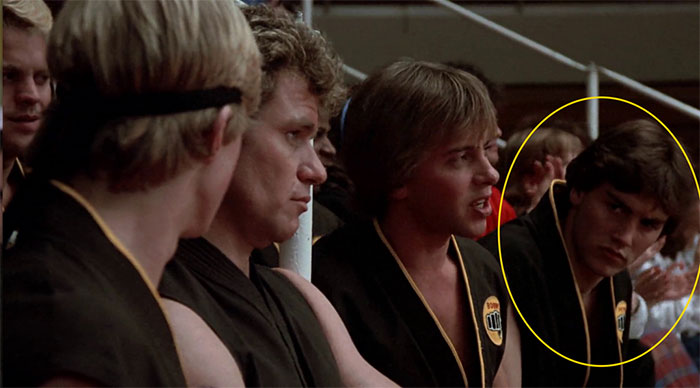 Andrew Shue had no genuine interest in acting, only taking on small parts here and there as an extra, most notably in films with his sister, Elisabeth Shue, such as The Karate Kid (1984).

While at a premiere for one of his sister’s projects, Andrew Shue caught the eye of Aaron Spelling, and the producer showed interest in the actor for his upcoming 1992 drama, Melrose Place.

What is Melrose Place? 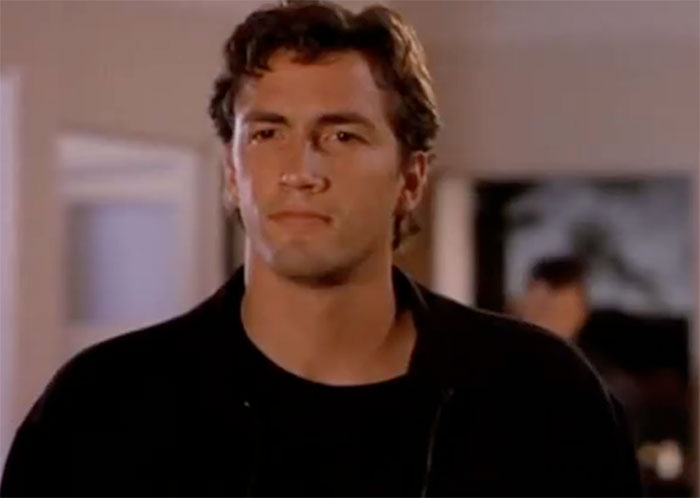 Melrose Place was a prime-time soap opera that aired on Fox from July 1992 to May 1999. For seven seasons, the show followed the lives of young adults in an apartment called Melrose Place in West Hollywood. The show was a spinoff of Beverly Hills, 90210.

Andrew Shue played the character of Billy Campbell across 191 episodes of Melrose Place. He was an aspiring writer who would move in with Courtney Thorn Smith’s character, Alison Parker. Throughout the series, his relationship would develop with Alison, but as the show was a soap opera, that would not last, and he would become involved with several women.

While reviews critically assessed the show with mixed reviews, the show was quite popular among fans. The show would also lead to its spinoff, Models Inc., which ran for one season from 1994 to 1995. Melrose Place was later revived on The CW in 2009 but was given a poor reception and canceled after the first season.

Why did he quit acting? 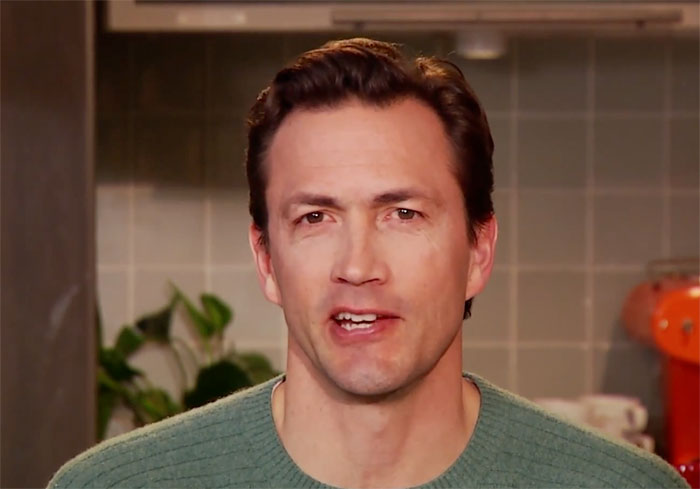 After nearly a decade in Hollywood, Shue realized his calling was different. He recalled thinking, “I didn’t like having to promote myself and to constantly make myself interesting to people.” So he would retire from acting and focus on a new business and his family.

One of his business ventures is CafeMom, which was described in 2009 described as an online metropolis where millions of members nationwide share tips on motherhood.

Founded in 2006, the website launched during a specific time as online communities were quite large and had similar features but different focuses. In the years since the website has expanded to other platforms and services and still exists to this day. It was most recently acquired in 2018 by Wild Sky Media. 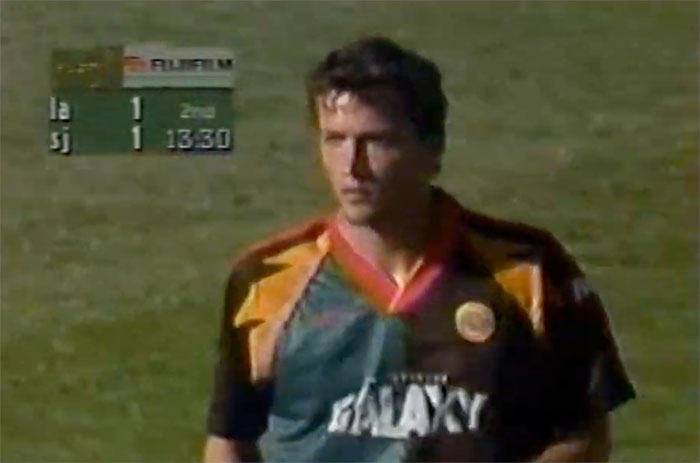 Shue also has a lot to do with the growth of Soccer, specifically the introduction and growth of the LA Galaxy. Before David Beckham represented the Hollywood interest in professional soccer, David Shue played a vital role.

He leveraged his existing soccer experience for the Los Angeles Galaxy in 1996 while on Melrose Place. He mainly seemed to be involved in bringing awareness to the team, only recording a single assist in five games and spending the 1997 season on injured reserve.

She also would work to promote activism in children by co-founding DoSomething.org with his friend Michael Sanchez back in 1993. The organization, to this day, still works to activate volunteerism among children. 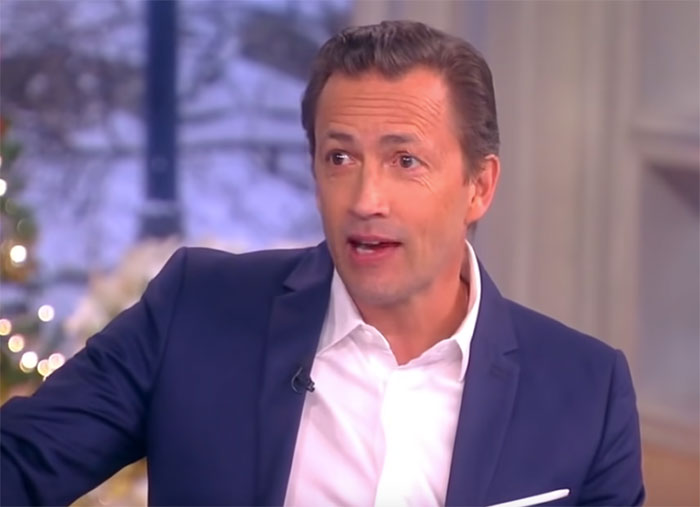 These days, Andrew Shue is mainly focused on his family and helping kids develop volunteering opportunities. He has been known to co-host a podcast called “Mad Life” with his mother-in-law Joan Robach and Comedian Chuck Nice. 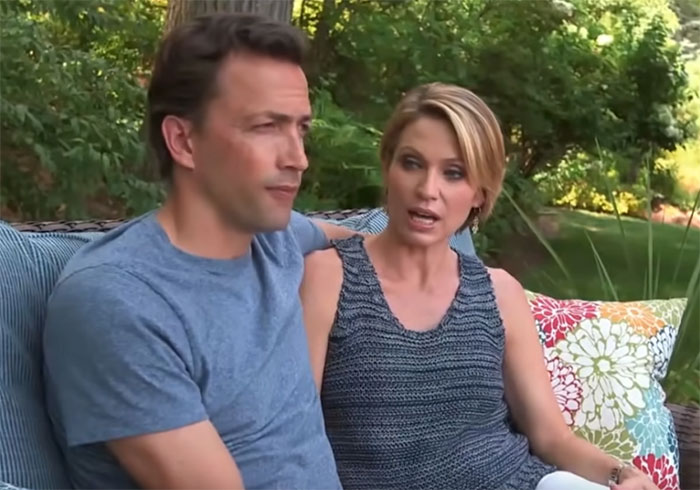 Andrew Shue was married to Jennifer Hageney from 1994 to 2008. Their marriage ended in a divorce. However, his three children were born during this marriage. Jennifer Hageney was a floral designer.

Andrew Shue would later marry Amy Robach in 2010.  Robach was a Good Morning America co-anchor and ABC news correspondent. She had two daughters from a previous marriage.

Although he keeps the information about his children private, Andrew Shue has three sons, stating that much in some interviews. His sons are named Nade, Aidan, and Wyatt.

When he married Amy Robach, he would also become a father to her two daughters from a previous marriage, Anna and Ava.

Who are his siblings? 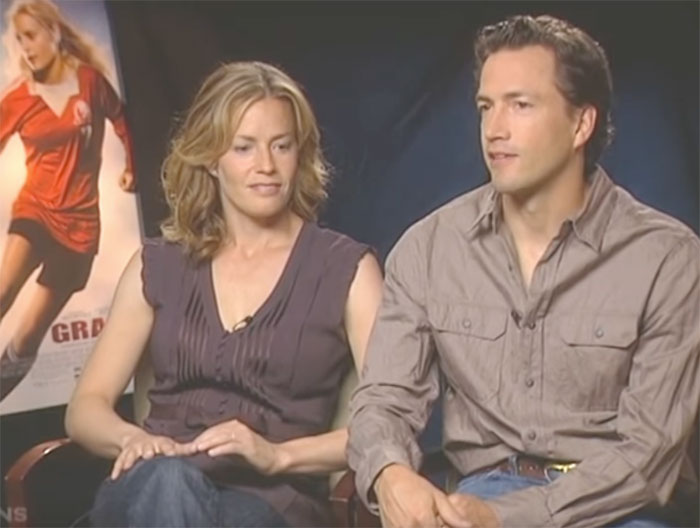 Andrew Shue’s four siblings include Elisabeth Shue, Jenna Shue, John Shue, and William Shue. William Shue was the eldest brother but would pass away at the family summer home in a swimming accident in 1988.

While not much is known about Jenna and John Shue, Elisabeth Shue is the most well-known member of the Shue family.

She has been in many films from a young age, including The Karate Kid (1984) and Adventures in Babysitting (1987). She has continued to work steadily, including a stint on CSI: Crime Scene Investigation as Julie Findlay from 2012 to 2015 and The Boys as Madelyn Stillwell from 2019 to 2020.

Andrew Shue can be found on social media, but his overall engagement has fallen over the years. He has a Twitter account, but his most recent post is dated in late 2020 to promote the organization ThePeople.org, devoted to safe and secure elections.